The Dark Sector of Physics: Uncover the Secrets of the Universe 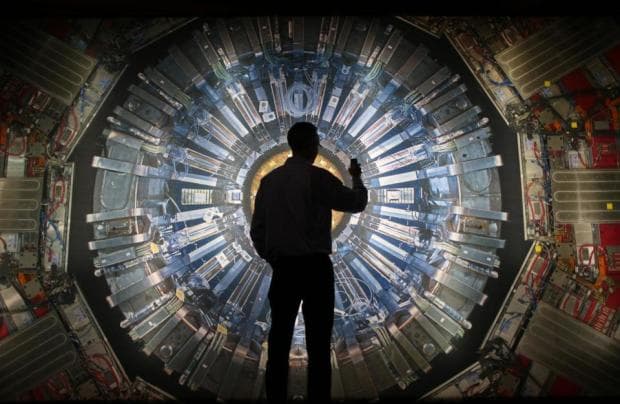 CERN's  Large Hadron Collider (LHC) is one of the most amazing (and powerful) pieces of technology ever developed. It has already revolutionized physics with the discovery of the Higgs Boson, and it is set to do much, much more.

Just two months ago, after being down for nearly 27 months while scheduled updates were completed, we started on a new frontier in physics, as the LHC began delivering physics data for the first time in over 2 years—and it was operating at an unprecedented energy of 13 TeV.*

Over the coming months and years, the LHC will use this amazing amount of energy to open up the "dark sector of physics," revealing currently unknown particles and helping solve some of our greatest cosmic mysteries (such as dark matter, parallel dimensions, and what happened during the earliest moments of the Big Bang).

With this in mind, the National Science Foundation is teaming with K2 Communications to bring you the Secrets of the Universe.

The Secrets of the Universe is an IMAX  3D film that will play at museums and science centers across the globe. It will delve into some of the greatest questions faced by today’s scientists. And notably, the film will be narrated by Simon Helberg (most famously known as The Big Bang Theory's Howard Wolowitz).

Helberg states, "When K2 approached me to narrate the film, I was thrilled at the opportunity to engage audiences and hopefully educate children on such an important area of science. I can only imagine how tall I'd look on a giant Imax screen in 3D, but just hearing my booming, masculine voice will have to suffice."

Focusing on some of the most pressing cosmic mysteries, the film will cover where we have been and where the LHC might take us next.

But they need your help. Secrets of the Universe recently launched a crowdfunding campaign in order to complete the film. With the additional money, they can improve the quality of the film with additional information, interviews, and commentary, and increase the reach to a global audience of millions

But the Secrets of the Universe is doing more than just making a film; they are actually sending people to CERN. In an effort to create more interest in the sciences, they launched  a series of contests that allow individuals to win a trip to CERN to see the LHC. And best of all, it's all free!

Diana Gervits and her husband Matt are the first lucky winners.

The duo will travel to Geneva, Switzerland for a VIP tour of the facilities, and they will also receive tickets for the world premier of the film.

As Diana notes, this project helps us to remember why the sciences are so important: "Science is the underpinning of society. It is what moves our species forward. Without it, we would still be hunter gatherers living in caves....humans have an inherent need to understand their beginnings and to discover the glue that is at the base of everything in the universe."

So please, take a moment to join the fight for science, and help unlock the secrets of the universe.

Help science, and help to increase scientific literacy, by offering your support here.

*A TeV is a unit of energy used in particle physics. 1 TeV is about the energy of motion of a flying mosquito. What makes the LHC so extraordinary is that it squeezes energy into a space about a million million times smaller than a mosquito.