The Core of the Tarantula Nebula 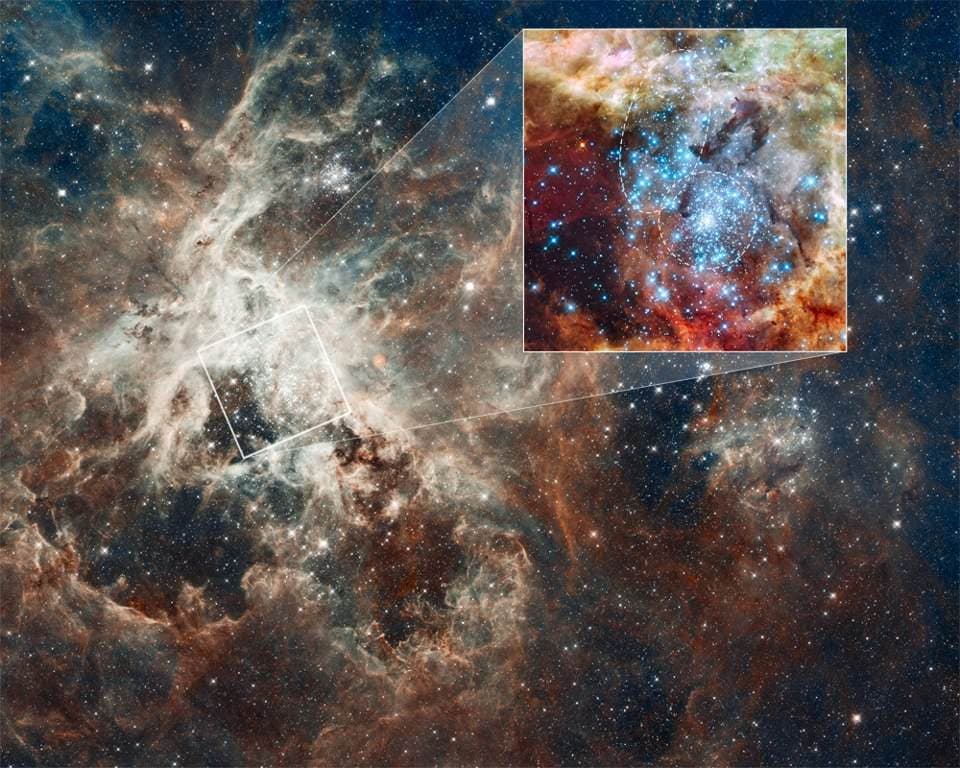 This image was taken by the Hubble telescope, and it shows us something very intereting about this awe-inspiring object. This nebula is known as is the Tarantula nebula (also called 30 Doradus) and it is 170,000 light-years from the planet Hubble calls home. With an estimated diameter of 652 light-years the Tarantula Nebula is decisively the largest star forming region in our local group of galaxies.

At the core of this nebula is a star cluster known as R136. The new Hubble images suggest this cluster, which gives 30 Doradus its incredibly bright appearance, is actually two clusters. These clusters differ in age by about a million years and are in the process of merging with each other.

When large gas clouds begin to condense to start the star-forming process (these pockets become star clusters), some computer models show an asymmetric collapse, which causes the cloud to fragment into smaller star-forming regions – these fragment clusters later merge together to make a larger star cluster. One of the telltale signs of this process is the presence of stars moving at high-speeds away from the center of the cluster, which leads scientists to believe these stars have been ejected from the cluster (something that commonly happens when two cluster merge).

With future observations, scientists hope to learn more about the underlain structure of the Tarantula Nebula – which is, without a doubt, one of the most beautiful nebula in the night sky.