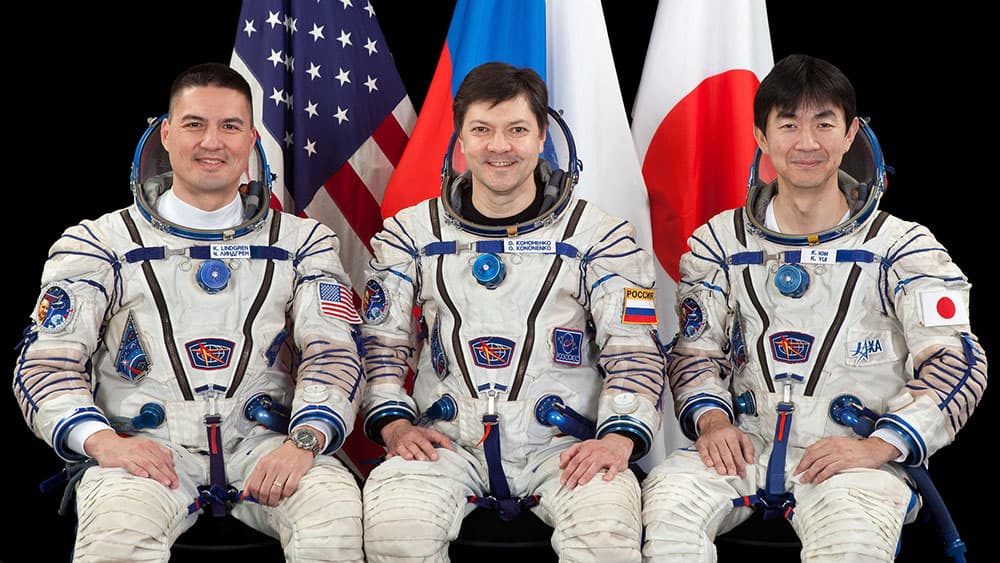 The One-Year experiments have been ongoing on the ISS, designed to test long term space effects for eventual long flight space travel to Mars and beyond, according to NASA.

This launch had been delayed two months after the Progress 59 failure.

Until NASA's Commercial Crew Program takes off, NASA astronauts will continue to ride on Roscosmos launches from Russia.

Read This Next
Astronaut Drip
We Just Got the First Peek at NASA's Artemis Moon Landing Suits
Blast Off
Former Astronaut Details Quest to Grow Cannabinoids in Space
RIP
Unfortunate Comet Flies Too Close to the Sun, Disintegrates and Becomes a Ghost
Deployment Confirmed
The Internet Is Losing Its Mind Over a Photo of Elon Musk Eating a Huge Potato Spiral
Space Junky
Head of Russian Space Program Appears to Threaten to Smash US With Space Debris
More on Off World
Mount Olympus
Yesterday on the byte
NASA Astronaut Is Beefing With Russia Again
Scientific Slip Up
Friday on the byte
Scientists May Have Really Screwed Up on Early James Webb Findings
Awk
Friday on the byte
China and Russia's Moon Base Alliance May Be Falling Apart
READ MORE STORIES ABOUT / Off World
Keep up.
Subscribe to our daily newsletter to keep in touch with the subjects shaping our future.
+Social+Newsletter
TopicsAbout UsContact Us
Copyright ©, Camden Media Inc All Rights Reserved. See our User Agreement, Privacy Policy and Data Use Policy. The material on this site may not be reproduced, distributed, transmitted, cached or otherwise used, except with prior written permission of Futurism. Articles may contain affiliate links which enable us to share in the revenue of any purchases made.
Fonts by Typekit and Monotype.