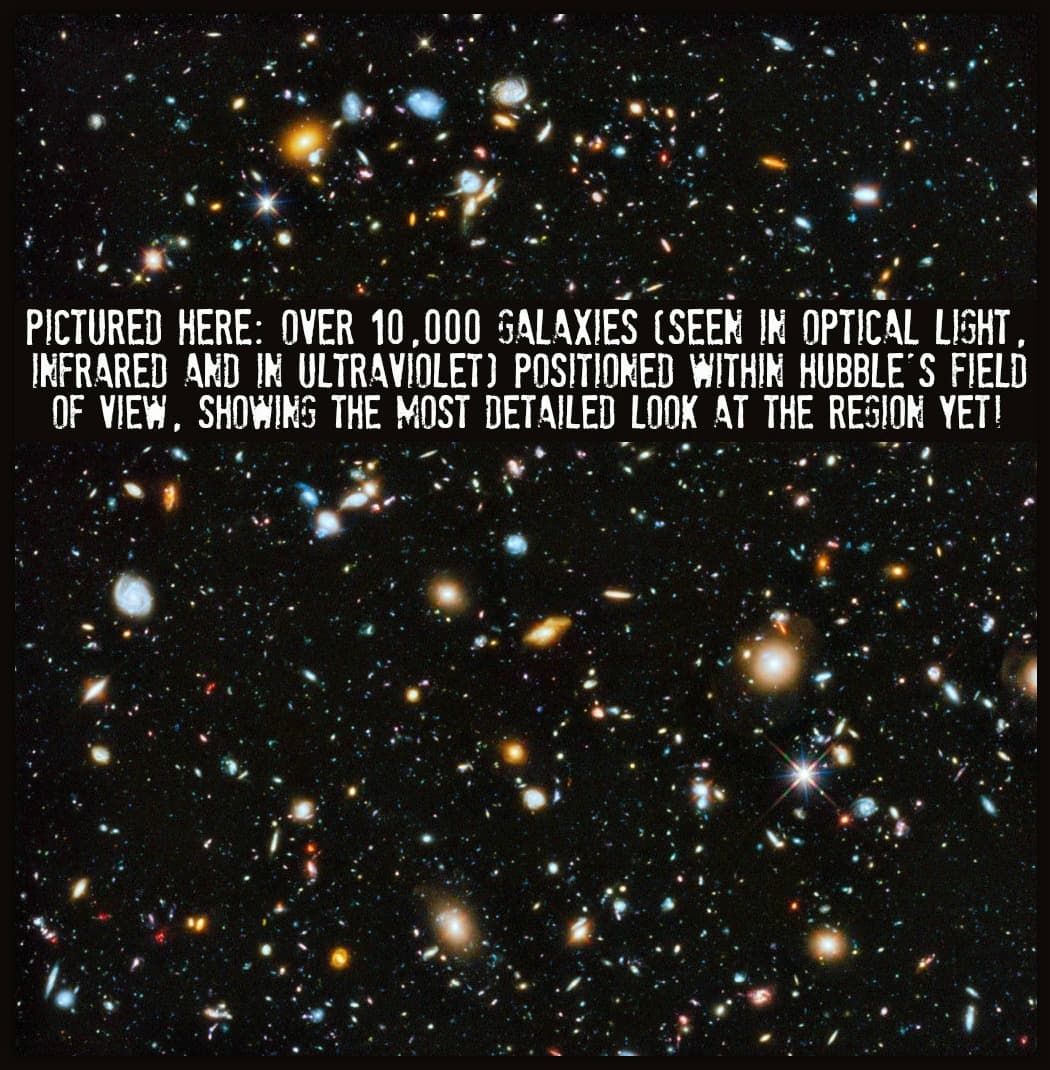 Previously, astronomers learned all they could about stellar formation in neighboring galaxies from NASA's Galex observatory and other such UV observatories. Thanks to Hubble's visible light and near-infrared detectors, astronomers were able to study how star form in far off galaxies. Since these galaxies are so far away, astronomers are only able to study them in their infancy, as they were billions of years ago. Most of the stars in the universe formed approximately five to ten billion years ago, and since the youngest, and hottest stars radiate ultraviolet light, they were often ignored - ultimately resulting in a huge gap in our understanding of cosmic evolution. Astronomers focused on unobstructed areas of star formation, using Hubble's Wide Field camera 3, hoping to better understand how these stars formed. Thanks to the addition of the ultraviolet data, astronomers are now able to identify which galaxies are producing stars and determine exactly where the stars form within the galaxies. The new data is important to our understanding of how galaxies grew from small clusters into massive structures like our own Milky Way.

The image we see utilizes Hubble's full range of colors - from UV to near-infrared and contains approximately 10,000 galaxies. The Earth's atmosphere shields us from the majority of UV light, so space-based telescopes, like Hubble, are required to produce these types of images. UV studies like this one are vital for the development of future telescopes such as the James Webb Space Telescope (JWST). After the retirement of the Galex observatory in 2013, Hubble is currently the only space-based telescope with the UV data necessary to combine with the infrared data that will be collected by JWST.