Strange Planet Has a Problem With Punctuality 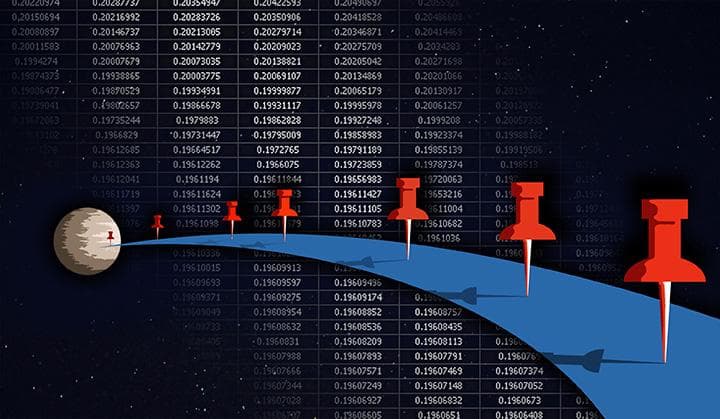 From the perspective of a layperson, it's often frustrating how difficult it is to make contributions to science. There are, however, several different ways you can help from the comfort of your own home. One of the most exciting happens to be a project called "Planet Hunters." Over the last few years, the project, which is coordinated by the University of Oxford and Yale University, has gathered well over 300,000 volunteers. Without needing a background in astronomy, volunteers pick through an unfathomable amount of data, looking for telltale signs of orbiting exoplanets.

Now, the collaboration has announced the discovery of, what they describe as, a "low-mass, low-density planet with a punctuality problem." Called PH3c (with the PH coming from "Planet Hunters"), the planet in question, which is composed mostly of hydrogen and helium (gases that usually make up stars and high-mass planets), lurks about 2,300 light years from Earth (no constellation was named in their press release).

In addition to being one of a growing number of planets found by amateur astronomers, the planet is remarkable in the fact that it almost wasn't discovered at all (and not for the reasons you might suspect). They explain:

Instead of its size being a hindrance, the "elusive orb nearly avoided detection because it has a highly inconsistent orbit time around its sun, due to the gravitational influence of other planets in its system. On Earth, these effects are very small, only on the scale of one second or so," said Joseph Schmitt; a Yale graduate student , who is also listed as the first author of the paper. "PH3c's orbital period changed by 10.5 hours in just 10 orbits."

On their site, 'Planet Hunters' notes that the inconsistency with its orbit essentially prevented their automated computer algorithms from singling the planet out. To clarify how the process works, the algorithms use something called the transit method. Whereby telescopes watch a specific star for a set period of time, looking for remarkably small 'dips' in the amount of light it emits. If the same dimming happens at regular intervals, it indicates that the star has an orbiting planet (the changes in brightness happen when the planet passes in front of its star from our vantage point, subsequently obscuring its light).

Because of the nature of stars themselves (obviously, they are much larger than planets and far more luminous), the process is rather tenuous at times, and very time-consuming. It's only made harder by the sheer amount of data required to even notice the tiny dips of light that might be indicative of a planet. This is where Planet Hunters comes in.

Speaking of the power laypeople hold when they take an active interest in furthering science; "It harnesses the human dimension of science," said Debra Fischer, the co-author of the paper (she also runs Yale's exoplanets group). "Computers can't find the unexpected, but people can, when they eyeball the data."

Indeed, ever since 2010, participants in the Planet Hunters program have helped identify more than 60 planetary candidates using the treasure trove of data collected by the Kepler Space Telescope. That number will likely skyrocket in the coming mouths, with the addition of a new, refined website and an expanded mission outline. They, in turn, will greatly reduce the time it takes to analyze data.

"I think we'll be able to contribute some really unique science this way," Fischer said.

In the meantime, PH3 has given us plenty of things to work with.

As a related side note, one of the most interesting discoveries credited to Planet Hunters is PH1 — a planet with not one (or even two), but four parent stars (think Tatooine x 2).

It wasn't the first planet found circling more than one star (in fact, multiple stars systems are more numerous than single star system like ours), but it made us question the gravitational boundaries planets born in such busy environments encounter (not to mention, it put our planet formation models to the test).

This, of course, is the nature of science though. You learn, you grow.

The paper was published in the Oct. 29 virtual edition of 'The Astrophysical Journal.'

[su_divider text="Go back to top" size="2"] For related reading, learn about the planet with an orbital period of 80,000 years! Or, see our picks for the most interesting exoplanets ever found.