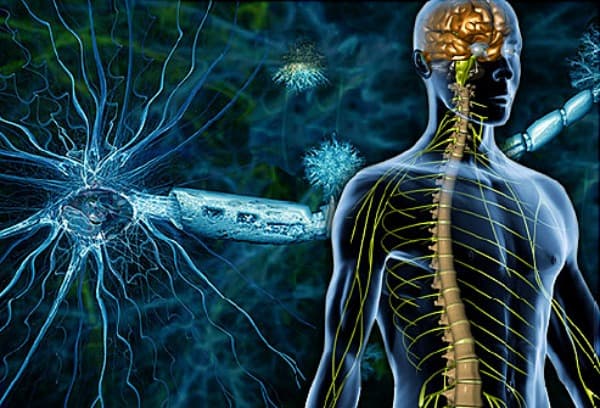 There may be new hope for individuals suffering from multiple scoliosis (MS), which affects some 250,000  people in the United States and another 2.3 million worldwide. Although, as is typical, the initial clinical trial was rather small, findings on the new treatment reveal that a high percentage of patients experienced long-term disease remission after having a stem cell transplant, and they also had fewer symptoms. This is notable as current treatments just try to stop the progression of the disease, while this new method may actually help with the side effects of MS.

For this trial, doctors used the patients' own hematopoietic stem cells, which are the kinds of cells that are responsible for the formation of blood and are usually obtained from bone marrow. The paper announcing the findings was published Monday in JAMA Neurology, and it detailed the results three years after the treatment.

All in all, the trial consisted of 24 patients with active relapsing-remitting MS.  As previously mentioned, the trial was small, but the success rate was high in those who had the procedure. 79 percent of the patients sustained full neurologic function for the three years following the treatment. Moreover, symptoms of their disease did not progress. While more than 90 percent of patients did not experience disease progression, and 86 percent did not have any periods of relapse.

While these numbers may be a new light on the horizon, more will need to be done in order to verify the reliability of this treatment and secure use for the public. Indeed, in their paper, the doctors are cautious and not the necessity of further study: "Longer follow-up is needed to determine the durability of the response. Careful comparison of the results of this investigation and other ongoing studies will be needed to identify the best approaches for high-dose immunosuppressive therapies for MS and plan the next clinical studies."

MS is a disease where the body attacks itself and damages the protective coverings surrounding healthy nerve cells. This ultimately causes the nerves to deteriorate, which has a number of harmful results. Some experience memory problems, issues with their vision, problems walking or with arm function, trouble swallowing, and a host of other concerns.

“Most early toxic effects were haematologic and gastrointestinal and were expected and reversible,” they wrote in the paper. The patients will continue to be monitored in case any of these side effects endure.

Notably, in the last few years, a host of new treatments have been approved by the FDA. These new drugs have vastly improved the quality of life for those suffering from MS. However, stem cell therapy is not currently approved by the U.S. Food and Drug Administration for the treatment of MS.