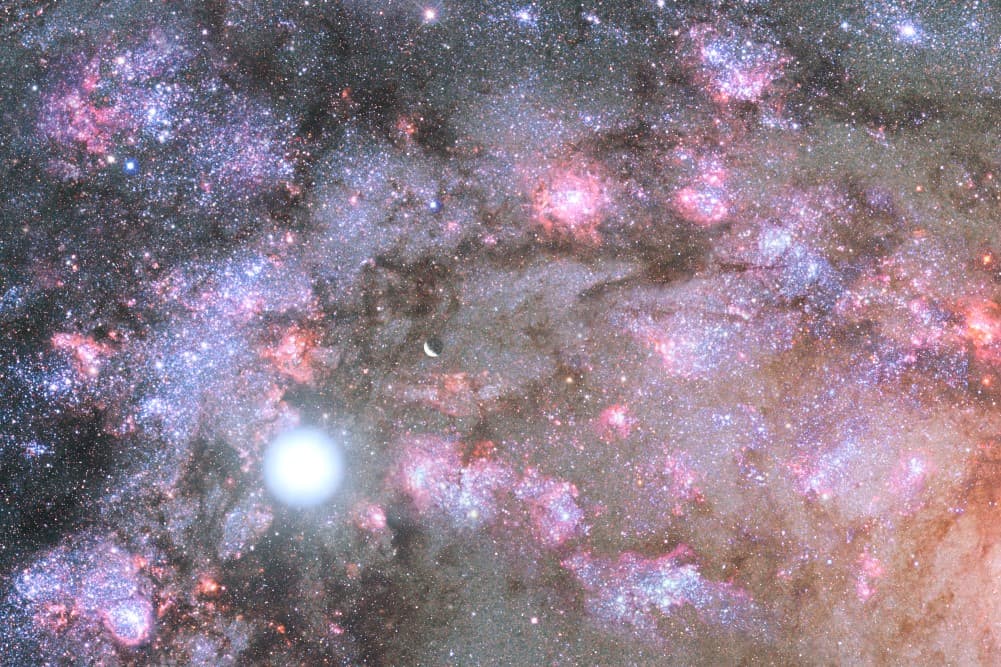 11-billion light years away, nearing the edge of the observable universe, there is a galaxy that is helping revolutionize our understanding of galaxy formation. Nicknamed "Sparky," and more formally called Goods-N-774, this galaxy appears to be the early core of a galaxy forming just 3-billion years after the big bang threw the universe into existence.

At this point in the universe's history, it was hotter, denser,  and conditions were more favorable to forming galaxies. The modern universe is actually incapable of forming a brand new galaxy (it can only merge galaxies together). So, this process that astronomers peer back upon is a very ancient one.

Astronomers have suspected for a long time that the large elliptical galaxies we see today formed the core first, then collected other stars throughout it's history. The cores of these galaxies usually consist of older stars, they have little to no gas, and on the same thread, almost no star formation. Astronomers have estimated that Sparky is cranking out about 300 stars per year (in contrast, the Milky Way produces about 10 stars per year in the core). Sparky is estimated to be about 6,000 light-years in diameter.

The initial information about Sparky came from the Hubble Space Telescope and the Spitzer Space Telescope, along with some information from the now-retired Herschel Space Observatory. With aid from the Keck Observatory (located in Hawaii), astronomers were able to see a gas cloud orbiting around Sparky, which is undoubtedly helping fuel star formation. Astronomers can also see a thick layer of dust covering Sparky, so it's entirely possible the galaxy undergoing even more star formation that is being blocked from our view.

While talking about the conditions in Sparky, Erica Nelson, the lead author of the study, said, "It's like a medieval cauldron forging stars. There's a lot of turbulence, and it's bubbling. If you were in there, the night sky would be bright with young stars, and there would be a lot of dust, gas and remnants of exploding stars. To actually see this happening is fascinating."

These galaxy cores probably started to form out of massive knots of stellar gas that started clumping together in the universe's early history (a similar process to how star cluster are made). As it stands, astronomers are pushing the limits of our current telescopes to make these observations. They will need more sensitive telescopes, like the James Webb Space Telescope, to further this research and to peak further back into the history of our universe.