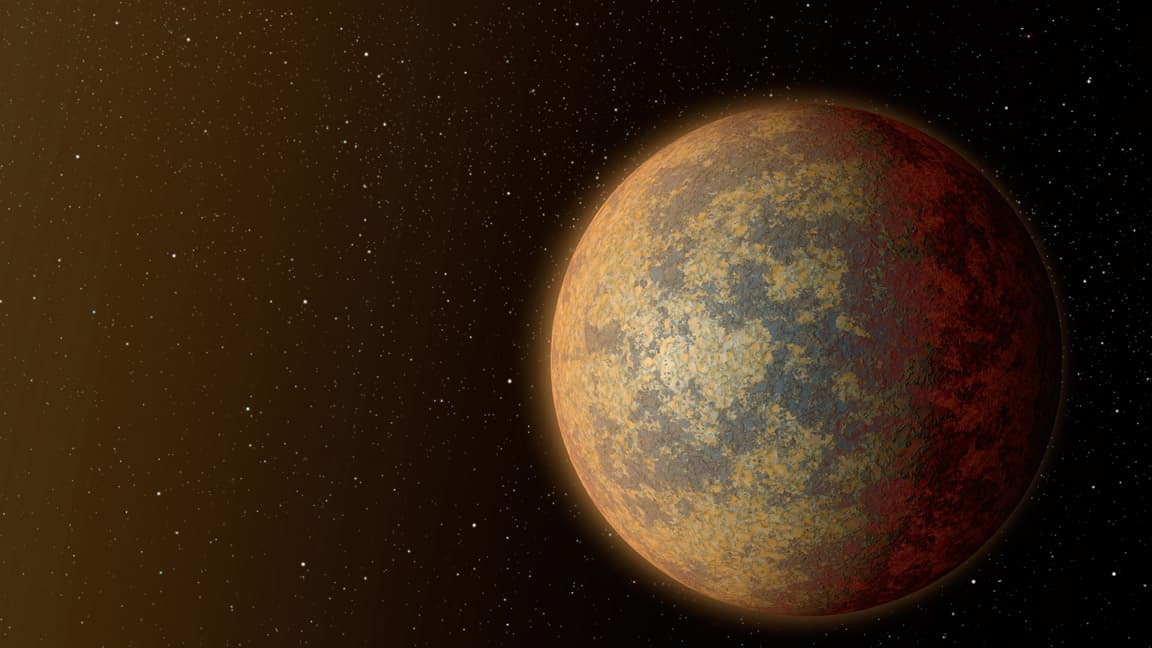 When we look out at the cosmos, often, we aren't just mindlessly gazing at stars; rather, our imaginations are blazing—they are filled with time travel, extra dimensions, and alien civilizations living on otherworldly, nearly unfathomable planets. The later (alien worlds) is of particular relevance as, just last week, NASA announced that they had discovered the most Earth-like planet to date.

This means that, at 21 light-years, getting to this newly discovered planet would take us some 400,000 years (give or take a few thousands). Still, in cosmological terms, it's relatively close. In fact, it's basically just around the corner.  As Lars A. Buchhave, from the Harvard-Smithsonian Centre for Astrophysics, noted in the press release, "Most of the known planets are hundreds of light-years away. This one is practically a next-door neighbour."

And it is rather Earth-like (again, this is relatively speaking).

HD 219134b is just 1.6 times the size of Earth and has four times its mass. This makes the planet a "Super Earth" (a large, rocky planet). And admittedly, 4 Earth masses may seem largish, but keep in mind that a great majority of the planets that we have discovered are enormous gas giants. Since massive planets have a greater impact on their parent star, they are easier to detect through a multitude of methods and have, thus, been discovered more frequently.

So. What's the downside to this planet that is relatively Earth-like?

To be absolutely clear, we won't be moving to this world anytime soon. At least, doing so would be a rather terrible life-choice, as (after the 400,000 year journey) we would die upon arrival.

HD 219134b is so close to its star that liquid water could never form and, even worse, all life as we know it would fry. But despite the fact that HD 219134b isn't a contender for Earth 2.0, scientists note that it is still a "potential gold mine of science data," as it is a transiting exoplanet. This means that the planet passes in front of its parent star, making it possible for us to detail its atmosphere and gather other important data. These planets "are worth their weight in gold because they can be extensively characterised," said Michael Werner, the project scientist for the Spitzer mission at NASA's Jet Propulsion Laboratory (JPL). "This exoplanet will be one of the most studied for decades to come."

Scientists also announced the discovery of three other planets in the solar system. But, alas, the other worlds  are even less promising.

Ultimately, three other planets are in the same solar system as HD 219134b. Two are rather massive, which would cause us severe problems for our joints and bones, and they also have very close orbits to their parent star. One of these planets orbits the star once every 6.8 days and is around 2.7 times as massive as the Earth; the other has a 47-day orbit and is nine times the mass of the Earth.

The last planet is simply enormous and, when compared to Earth, it orbits a lot farther out in its solar system. It is 62 times the mass of Earth. And at a distance of 200 million miles (321 million km), it takes some 1,190 days to orbit. This orbit is particularly bad for our kind of life, as the parent star is rather smaller and cooler than our Sun. In the end, due to the size of the star and the distance of the planet, it is far too cold for liquid water to exist on the world.

Which means that, in our continued quest for Earth 2.0, we will need to look to other solar systems.