And people don't seem all that bothered by the possibility. 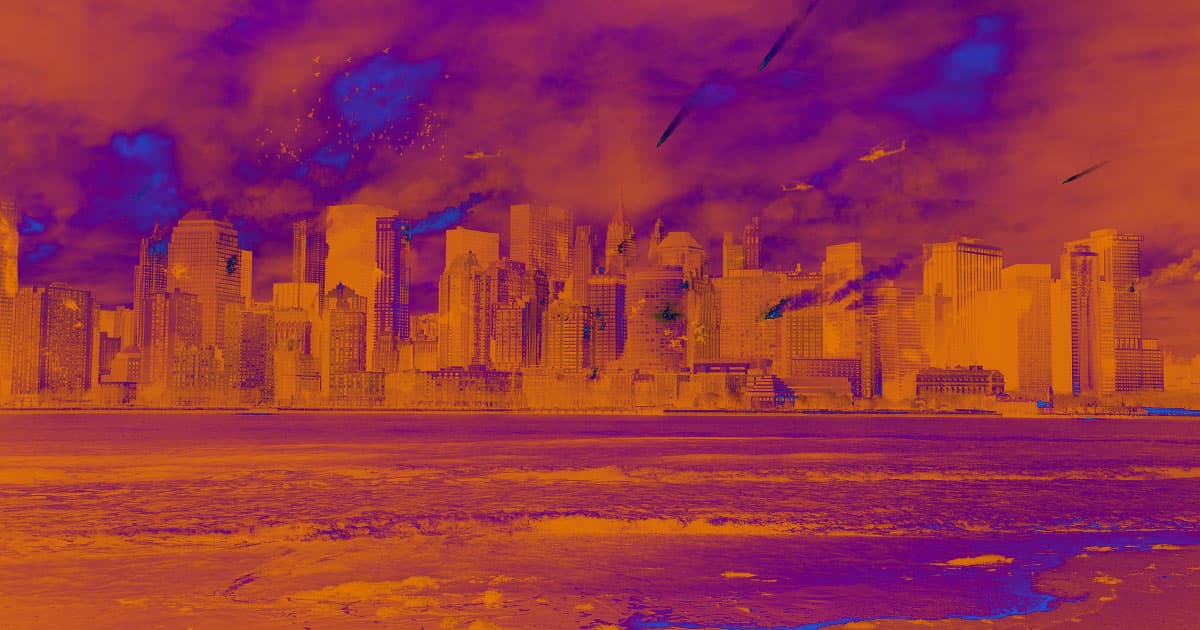 Forget nuclear weapons, biological warfare, and the slew of other ways humanity could cause its own destruction for a moment.

If you take into account only naturally occurring phenomena — supervolcanic eruptions, asteroid impacts, and the like — researchers from the University of Oxford recently determined that the probability of our entire species going extinct in any given year is as high as one in 14,000.

Now consider this: In October, a separate team from Oxford published its own paper on human extinction in the journal Scientific Reports — and it found that people don’t seem to see the loss of humanity as uniquely tragic.

As you might expect, most people ranked no catastrophe as the best possibility and complete human extinction as the worst. But when asked to think about the difference in “badness” between the possibilities, most people were more bothered by the possibility of losing 80 percent of humanity than losing all of it.

“Thus, when asked in the most straightforward and unqualified way,” the researchers wrote, “participants do not find human extinction uniquely bad.”

When the researchers switched the whole scenario to focus on an animal species, though, survey respondents saw the loss of all zebras as worse than the loss of 80 percent of zebras.

The issue, it seems, is that survey respondents focused a lot on the individual human lives lost in scenario two — and how the deaths might affect those left behind — rather than on the loss of humanity as a whole.

In other words, we tend to think of a world without any zebras as more tragic than a world in which most zebras die. But for humankind, most people believe the reverse.

There was a way to get survey respondents to consider the loss of our entire species as uniquely bad, though: the researchers just had to tell them humanity would be missing out on a long future existence that was “better than today in every conceivable way.”

While there’s seemingly little we could do to prevent an asteroid impact or a volcanic eruption, humanity does have a say in whether we fall victim to nuclear war and the like — and knowing that people are more likely to care about our species’ potential downfall if they’re feeling optimistic about our future could play a role in making sure we don’t go down one of those self-destructive paths.

“People are going to have a lot of influence over what we’re going to do [about the threats of human extinction in our near future],” Stefan Schubert, co-author of the survey paper, recently told Vox. “So it’s important to find out how people think about them.”

READ MORE: Human extinction would be a uniquely awful tragedy. Why don’t we act like it? [Vox]

More on extinction: This Awful Tabloid Predicts a Killer Asteroid Almost Every Day

Read This Next
Futurism
Recently Proposed Legislation is Set to Push Species to the Brink of Extinction
Futurism
The Biggest Ivory Market in the World Will End All Legal Trading in 2017
More on Future Society
One, Two
8:23 PM on futurism
Physicists Say There May Be Another Reality Right Beyond This One
Co-Pilot
Yesterday on the byte
Listen to the Moment a Passenger Lands a Plane During Emergency
Fear and Loathing
Friday on the byte
Gang Violence Surging as Crypto Crashes in Bitcoin Country
READ MORE STORIES ABOUT / Future Society
Keep up.
Subscribe to our daily newsletter to keep in touch with the subjects shaping our future.
+Social+Newsletter
TopicsAbout UsContact Us
Copyright ©, Camden Media Inc All Rights Reserved. See our User Agreement, Privacy Policy and Data Use Policy. The material on this site may not be reproduced, distributed, transmitted, cached or otherwise used, except with prior written permission of Futurism. Fonts by Typekit and Monotype.