Scientists Develop An Autonomous Nanoscale "Walking Machine" Made from DNA 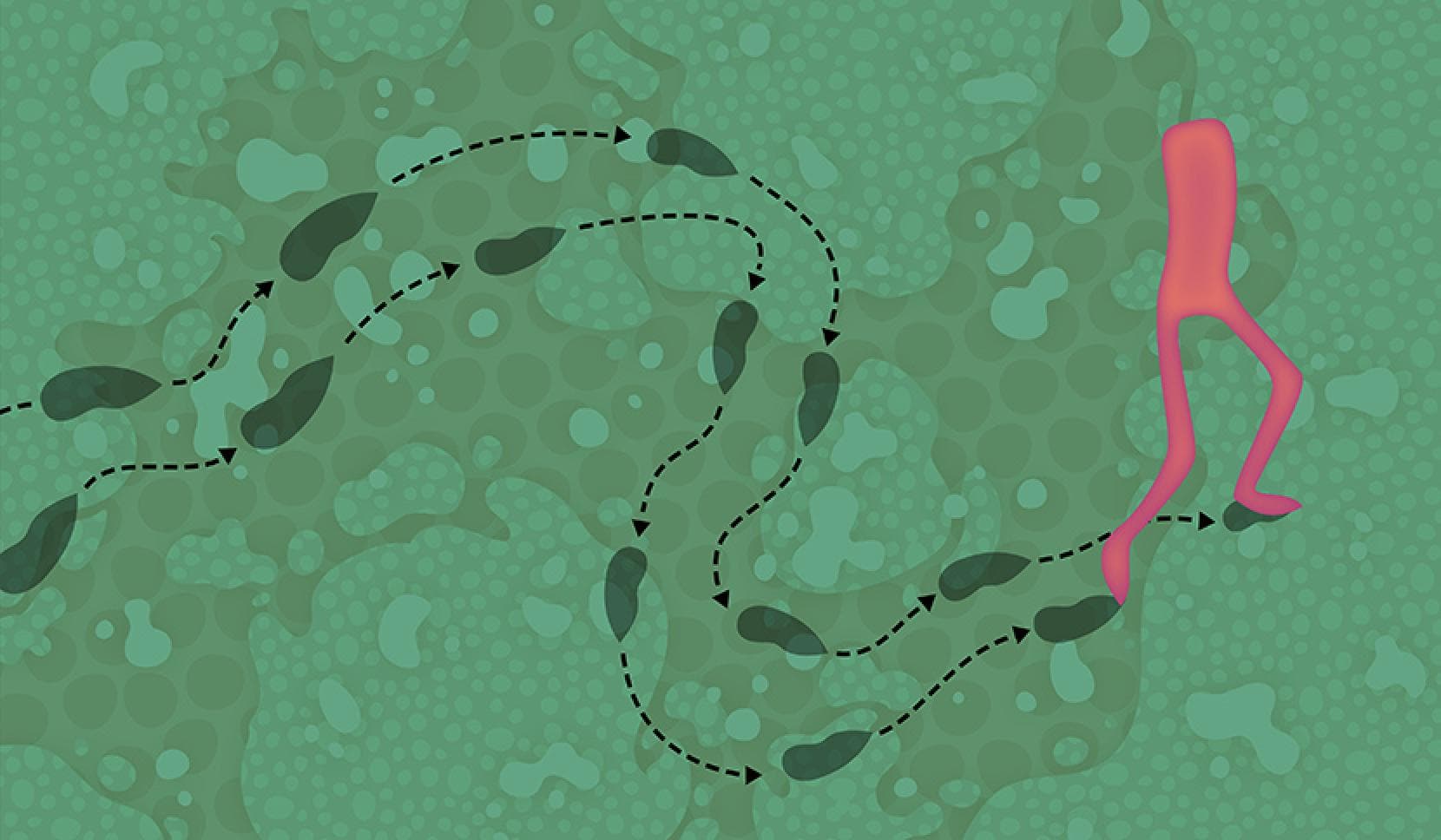 Scientists from The University of Texas at Austin have built an autonomous nanoscale machine from DNA that’s able to walk across bumpy surfaces on the human body. Previous nanoparticle walkers were only capable of moving along programmed paths. This machine is able to walk in different directions over a DNA-coated surface unprogrammed. Professor Andrew Ellington of the Department of Molecular Biosciences said, "This is an important step forward in developing nanoscale nucleic acid machines that can autonomously act under a variety of conditions, including in the body."

“DNA walkers may eventually allow protective cells to walk the surface of organs, constantly computing whether a cancer is present,” says Ellington. The walkers could be deployed in the body to amplify signals from cancer cells, making it easier for doctors to identify and target them. Further applications could involve delivering nanoscale therapeutics directly to the affected cells. It’s made from a single piece of DNA and moves with two legs. It’s able to autonomously decide where to move without going over the same area twice. Ellington says that "DNA nanotechnology is especially interesting because it explores the world of 'matter computers,' where computations (including walking) are carried out by physical objects, rather than by electronic or magnetic shuttles.

Read This Next
Futurism
World First: Ultrasound Used to "Jump-Start" Patient's Brain out of a Coma
Futurism
Scientists May Have Found a Way to Treat Urinary Tract Infection Without Antibiotics
Futurism
FDA Approved Device Uses Ultrasound Instead of A Knife
Futurism
New Stem Cell Transplant May Halt Multiple Sclerosis but It Comes at a Cost
Futurism
A "Self-Destruct" Switch for Cancer? New Method Turns Cancer Cells Against Themselves
More on Hard Science
Total Drama Island
Wednesday on the byte
Journal Retracts Study on Room Temperature Superconductors
Tell Us How You R...
Tuesday on the byte
Former Particle Physicist Absolutely Annihilates the Field of Particle Physics
Long Live
Sep 25 on futurism
Giving Baby Mice This Drug Makes Them Live 10 Percent Longer
READ MORE STORIES ABOUT / Hard Science
Keep up.
Subscribe to our daily newsletter to keep in touch with the subjects shaping our future.
+Social+Newsletter
TopicsAbout UsContact Us
Copyright ©, Camden Media Inc All Rights Reserved. See our User Agreement, Privacy Policy and Data Use Policy. The material on this site may not be reproduced, distributed, transmitted, cached or otherwise used, except with prior written permission of Futurism. Articles may contain affiliate links which enable us to share in the revenue of any purchases made.
Fonts by Typekit and Monotype.