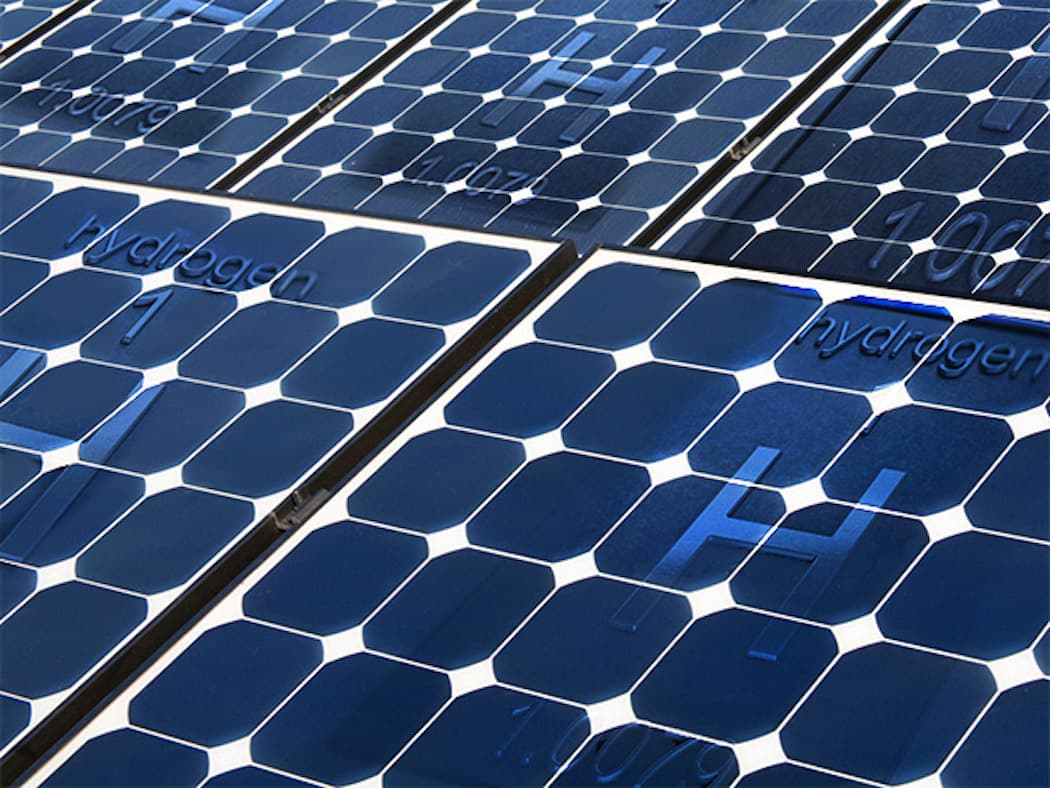 In a paper published in the journal Proceedings of the National Academy of Sciences, a team of American and Swiss scientists discovered a new system of energy production that generates electricity through solar energy and stored hydrogen from superheated water.

It's no secret that climate change (global warming) is a rather serious issue. Evidence has shown that, on the geological time scale, recently there has been an equilibrium on planet Earth, and so the 15% increase in carbon dioxide that we have seen over the past 100 years is almost undoubtedly anthropogenic i.e., human induced.

And this system may give us a way to help combat some of these troubling trends.

The system makes use of solar concentrators to focus sunlight and produce high temperatures that heat water. These, in turn, operate a series of steam turbines and reactors to generate electricity. The hydrogen can be stored for use to continuously run the steam turbines, or it could be applied for other purposes without producing greenhouse—gas emissions.

"In the round-the-clock process we produce hydrogen and electricity during daylight, store hydrogen and oxygen, and then when solar energy is not available we use hydrogen to produce electricity using a turbine-based hydrogen-power cycle," Mohit Tawarmalani, a professor and one of the authors of the paper said in the press release.

"Because we could operate around the clock, the steam turbines run continuously and shutdowns and restarts are not required. Furthermore, our combined process is more efficient than the standalone process that produces electricity and the one that produces and stores hydrogen," he adds.

This marks another milestone in the world's effort to push for sustainable, clean energy.

"The proposed hydricity concept represents a potential breakthrough solution for continuous and efficient power generation," said Rakesh Agrawal, Purdue University's Winthrop E. Stone Distinguished Professor in the School of Chemical Engineering, who worked with chemical engineering doctoral student Emre Gençer and other researchers. "The concept provides an exciting opportunity to envision and create a sustainable economy to meet all the human needs including food, chemicals, transportation, heating and electricity."

Electricity production and hydrogen production were two concepts that were studied exclusively from each other. This system manages to integrate these two processes and improving on them.

The hydricity concept can produce steam for generating electricity and hydrogen for storing energy—each one complements the other to allow it to run more efficiently. Potentially, the system can provide power day or night, using its solar generating power when the Sun is available and using self-generated hydrogen when it’s not.

Read This Next
FROM THE DEPT. OF THINGS TO BUY
Best Solar Batteries of 2022
Futurism
Meet The US Army's Futuristic, Hydrogen-Powered Stealth Truck
Futurism
Tesla Ventures Out of Automotive Industry; Enters the Energy Sector
Futurism
New Catalyst Lets Us Store the Power of the Sun
Futurism
Hydrogen Car Breaks Two World Records In Less than a Week
More on Robots & Machines
Dogs With Guns
Yesterday on the byte
China Shows Off Drone That Drops Robodog With Huge Gun Anywhere
Roboforce
Tuesday on the byte
CEO Brags That Fry Cook Robot Will Replace Obsolete Human Grunts
Quacks Like a Duck
Tuesday on futurism
Watching Elon Musk's Robot Back to Back With Boston Dynamics Is... Something
READ MORE STORIES ABOUT / Robots & Machines
Keep up.
Subscribe to our daily newsletter to keep in touch with the subjects shaping our future.
+Social+Newsletter
TopicsAbout UsContact Us
Copyright ©, Camden Media Inc All Rights Reserved. See our User Agreement, Privacy Policy and Data Use Policy. The material on this site may not be reproduced, distributed, transmitted, cached or otherwise used, except with prior written permission of Futurism. Articles may contain affiliate links which enable us to share in the revenue of any purchases made.
Fonts by Typekit and Monotype.