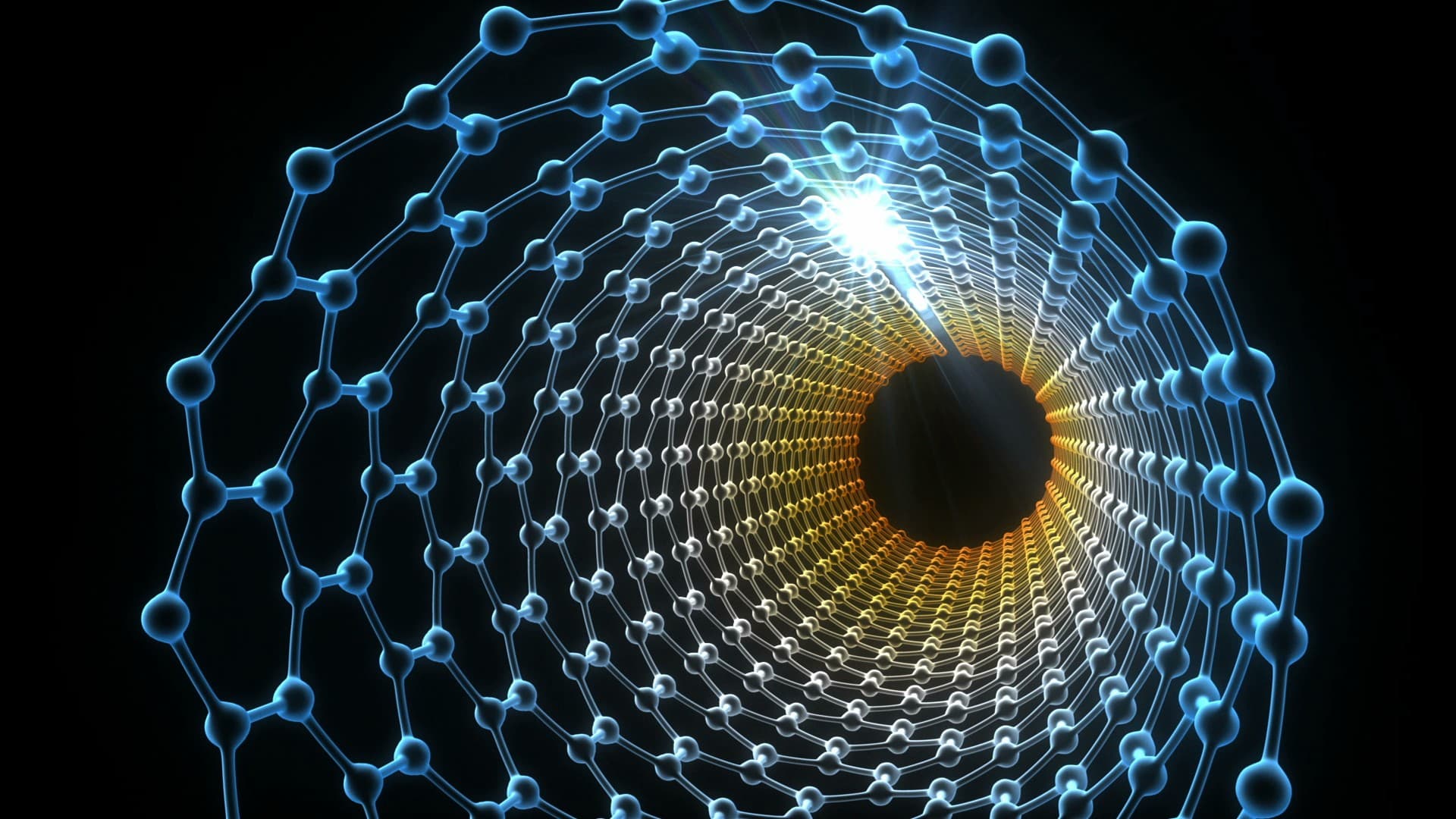 A FILM STRONGER THAN KEVLAR

Scientists have been experimenting with carbon nanotubes to create a host of things—everything from smaller resistors to smart skin. Not only is carbon nanotube exceptionally strong, it also possesses excellent conductive properties and flexibility.

A new study published in Nano Letters by researchers at East China University revealed that they have been able to create a film from carbon nanotubes that is five times stronger than prior films. Not only is it stronger than previously fabricated films, the new material is also stronger than films made from Kevlar or carbon fiber.

The research is groundbreaking, considering the difficulties of maintaining the mechanical properties of individual nanotubes once converted into films.

What is different in the new material is that the nanotubes are densely packed to each other and oriented parallel to each others, giving the films stronger strength. To accomplish this, the researchers did not try to align the nanotubes by spraying or filtering like previous studies did before. but instead developed their own, entirely new method.

By using a rotating drum, they were able to wind the carbon nanotubes around before flattening and cooling them into a two-layer film. They then compress the nanotubes further by using rollers. By varying the rotation of the drum faster, the scientists were able to find that faster winding would allow the nanotubes to align better.

THE FUTURE IN FILM

While the process may seem oddly simple, the strength of the resulting material is nothing to scoff at. The films produced had an average of 9.6 gigapascals. In contrast, films produced by prior research had only reached 2 GPa, while that of Kevlar and carbon fiber is around 3.7 and 7 GPa, respectively. Beyond that, the film is four times as pliable and stretchable as carbon fiber.

The research could prove useful as scientists try to develop nanotubes for use as electrodes for wearable devices and as artificial muscles.

The technique also results in pure carbon films as it does not require use of surfactants to produce allowing for simpler and more efficient production.

Read This Next
Futurism
New Apple Patent Shows a Bendable iPhone Using Carbon Nanotubes
Futurism
Graphene-Fed Silkworms Produce a Super-Strong Silk That Conducts Electricity
Futurism
Thanks to NASA, We Can Now Use Plasma to Print Nanoelectronics
Futurism
Scientists Create Most Expensive Material on Earth, Costs $4.2 Billion per Ounce
More on Robots & Machines
Gunne Sax
Thursday on the byte
Man 3D Prints 110 Guns, Sells Them to Buyback Program for $21,000
From the Dept. of...
Wednesday on futurism
Best Printers Under $100 in 2022
From the Dept. of...
Tuesday on futurism
Best MIDI Keyboards in 2022
READ MORE STORIES ABOUT / Robots & Machines
Keep up.
Subscribe to our daily newsletter to keep in touch with the subjects shaping our future.
+Social+Newsletter
TopicsAbout UsContact Us
Copyright ©, Camden Media Inc All Rights Reserved. See our User Agreement, Privacy Policy and Data Use Policy. The material on this site may not be reproduced, distributed, transmitted, cached or otherwise used, except with prior written permission of Futurism. Articles may contain affiliate links which enable us to share in the revenue of any purchases made.
Fonts by Typekit and Monotype.