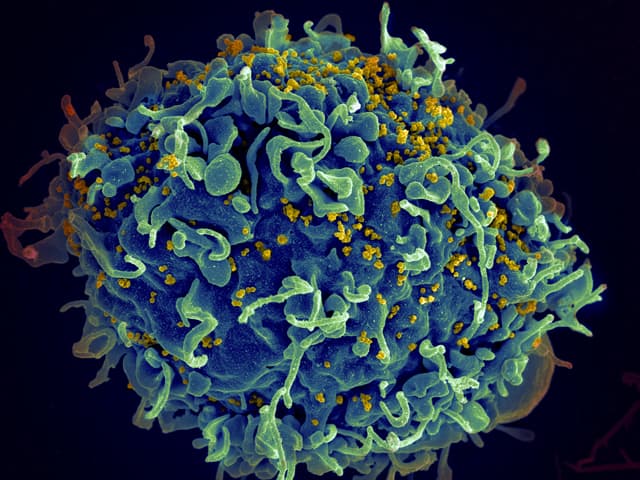 French scientists from the Institute of Health and Medical Research recently claimed that they identified a genetic mutation in two individuals that effectively makes them immune to HIV.

This revelation deals with two men who show no clinical traces of HIV despite the fact that they have been infected with the virus for 30 and 3 years, respectively. Notably, they also had no indications of any ill health (there were no adverse side effects from the HIV). The doctors claim that the absence of HIV came about because of a change in the HIV.

Specifically, the experts concluded that, in both patients, the HIV virus was “locked down” as a result of its genomic code being reformed.

The paper states that this is something that happened because of a group of enzymes known as APOBEC enzymes. These enzymes are typically deployed by the body in order to attack HIV. However, the virus usually replicates so fast that the enzymes are ineffective and cannot keep up. Yet, in these two cases, the doctors argue that the changes that were made to the HIV (as a result of the enzymes) efficiently stopped the HIV from dispersing throughout the bodies of the two men who are infected.

"The work unlocks beneficial paths for a cure, using or motivating this enzyme, and possibilities for recognizing individuals among newly ill patients who have a chance of an impulsive cure. We propose that tenacity of integrated HIV DNA is not an obstacle, but on the contrary, may be a requirement to HIV cure."

The study notes that this development could lead to significant advances because, by deploying these enzymes in this way in other patients, they may be able to restrict the HIV. This could allow us to treat individuals after that have been infected with the virus. The authors also note that this is one of the first possible known "cures.”

However, the claims have been criticized by some scientists, who anonymously assert:

The study authors used a clinical test to look for HIV in the patients’ blood. The clinical test is more widely available and less expensive than the standard laboratory methods that are typically used, but it’s also 10 times less sensitive. This would render the data less meaningful.

It is possible that an APOBEC-led attack could have rendered these patients’ HIV noninfectious, but it’s highly unlikely, because it would have had to occur early on when the retrovirus was infecting only a few cells in the body.

There could be many reasons why these patients are elite-controllers, and it’s indeed worthwhile to study such people to see why they might be resistant to HIV. But it’s unfair to use the C-word (aka ‘cure’).

Nevertheless, the authors assert that the patients’ lack of symptoms is a result of an evolutionary move between some humans and the virus, and that this find does signify a cure.

Maybe don’t place too much money on it yet. But time will tell.

READ NEXT: MS Treatment: Scientists Can “Switch Off” Autoimmune Diseases