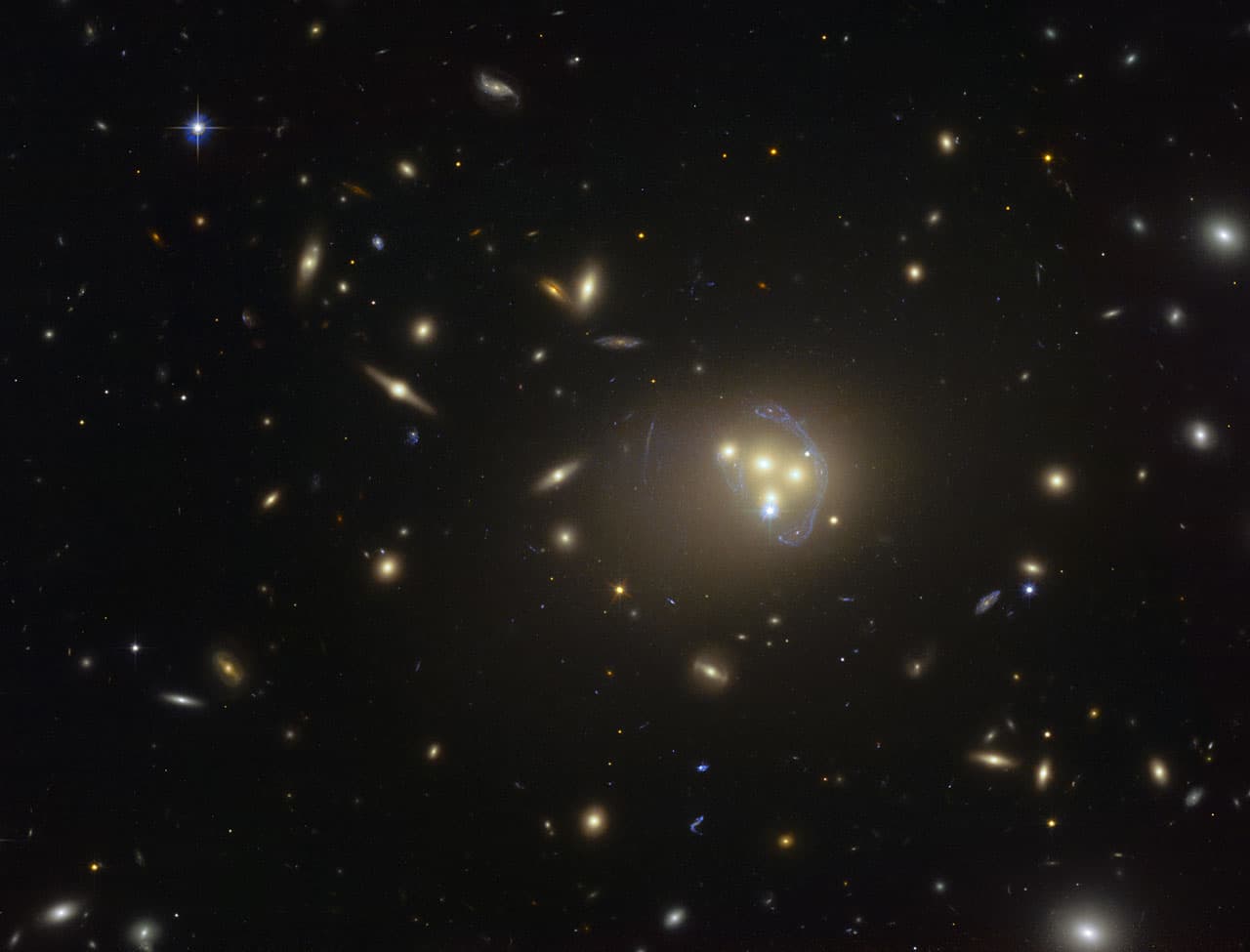 Dark matter is one of the least understood parts of the universe that we live in. Considering that 27% of the universe is estimated by scientists to be composed of dark matter, it belies explanation that we do not even know what it is.

Aside from knowing that dark matter is dark preventing us from detecting it by visible light, instead, we know what it is not.

It is not in the form of dark clouds of normal matter, matter made up of particles called baryons, because we are able to distinguish these by the absorption of radiation passing through. Scientists are also sure that it's not antimatter because none of the unique gamma rays that occur during the annihilation of antimatter with matter is spotted. Lastly, it is not large galaxy-sized black holes because, while we do observe light bending near black holes, these are nowhere significant enough to reach 27%.

Yet, scientists and researchers are still trying to observe (and locate) dark matter in order to be able to understand this phenomena.

One of the methods they're using is by observing for unusual emissions of gamma rays in the sky. This is a viable method because, when dark matter encounters itself, it may destroy itself and generate some high-energy particles of the type that we can detect. Following a number of possible decay paths, we get gamma radiation and/or cosmic rays.

But by doing so, astrophysicists and cosmologists have encountered another problem. While they are detecting more gamma rays than expected in certain parts of the universe, it is difficult to rule out any other potential sources of these rays such as gas clouds.

A recent article in the Physics Review Letters may provide a solution for determining whether a gamma ray comes from dark matter decay or from other sources, Doppler shifts.

To understand how this new research works, one must take into consideration that dark matter doesn't move much. Aside from attracting nearby matter, it doesn't really rotate around other matter like what we see in attraction between common matter.

When dark matter gives bursts of gamma rays during its self destruction, scientists observe what is called a Doppler shift. Depending on where the observed object is, a component of the sun's light is imprinted in the dark matter's gamma rays.

By using some calculations, the authors were able to determine whether a particular Doppler shift is from ordinary matter or from dark matter. This is because where dark matter depicts a blue shift, common matter exhibits a red shift.

The only place where the two signals are indistinguishable is right at the center of the galaxy, where they are both zero.

The energy of the gamma rays is about 3,500 electron volts, in contrast to light which is between 1 to 3.5 eV. What this means practically is that a Doppler shift should be measured on the order of 1 eV, which requires a very precise spectrometer that scientists currently do not have.

That may all change soon. The Astro-H satellite will be launched this year, and it has a spectrometer on board that has a precision of about 1.7eV. While barely adequate to measure the a change in the Doppler shift, it seems worth the effort to astrophysicists.

Read This Next
Dark Secrets
Scientists Just Detected the Oldest Dark Matter Ever Observed
Walled Up
Scientists Say Space Is Filled With Invisible Walls
Turn Back Time
Scientists Say There May Be a Mirror Universe in Which Time Runs Backwards
Into Darkness
Inside NASA's Bold Proposal to Probe the Mysteries of Dark Matter
Was Al Wrong?
New Evidence About the Universe Suggests Einstein Was Wrong
More on Hard Science
Total Drama Island
Wednesday on the byte
Journal Retracts Study on Room Temperature Superconductors
Tell Us How You R...
Tuesday on the byte
Former Particle Physicist Absolutely Annihilates the Field of Particle Physics
Long Live
Sep 25 on futurism
Giving Baby Mice This Drug Makes Them Live 10 Percent Longer
READ MORE STORIES ABOUT / Hard Science
Keep up.
Subscribe to our daily newsletter to keep in touch with the subjects shaping our future.
+Social+Newsletter
TopicsAbout UsContact Us
Copyright ©, Camden Media Inc All Rights Reserved. See our User Agreement, Privacy Policy and Data Use Policy. The material on this site may not be reproduced, distributed, transmitted, cached or otherwise used, except with prior written permission of Futurism. Articles may contain affiliate links which enable us to share in the revenue of any purchases made.
Fonts by Typekit and Monotype.