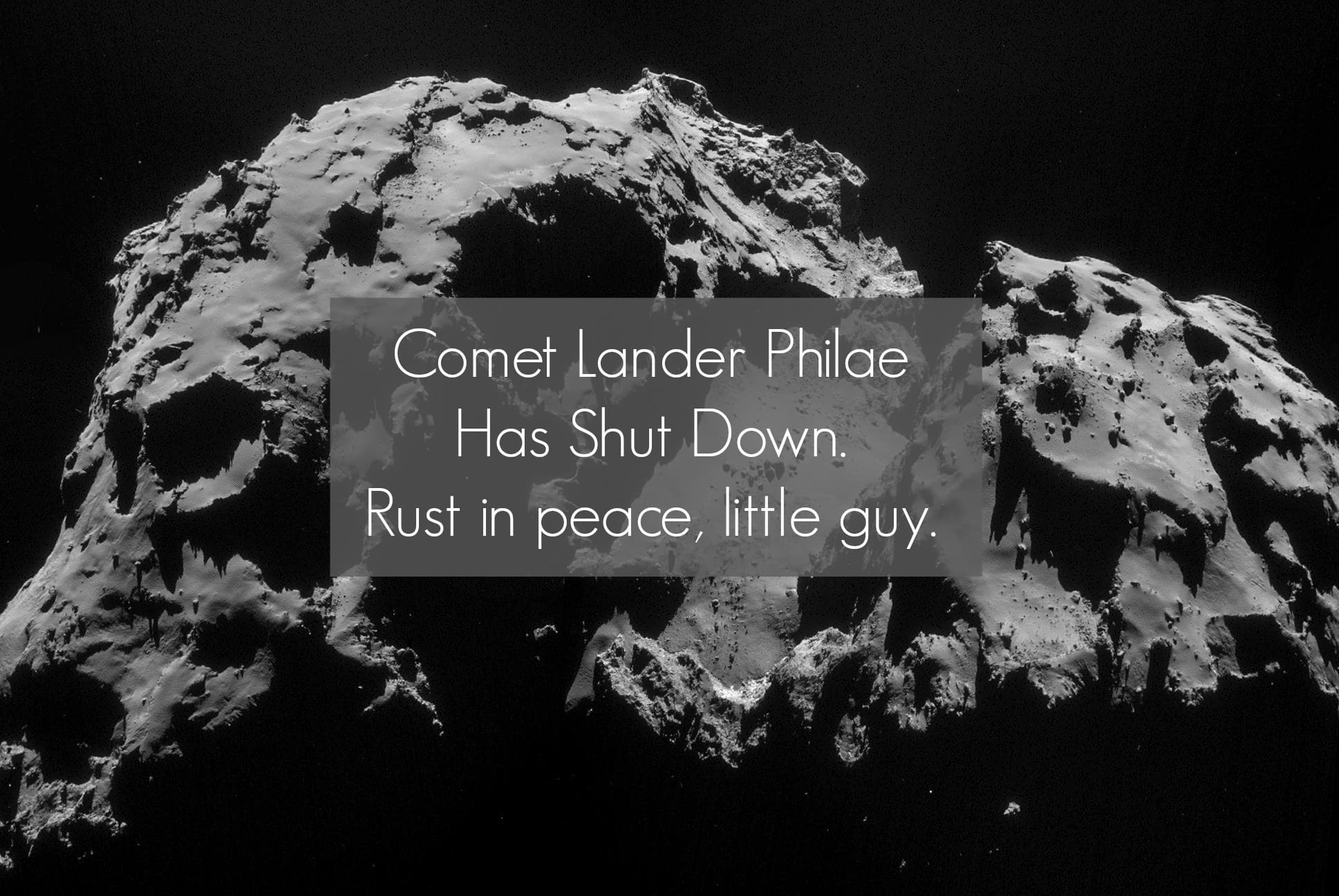 Update for those of you who are wondering about Philae: Unfortunately the little lander set down where there wasn't enough sunlight to recharge its batteries. Scientists had hoped that Philae would be able to recharge and continue to send data for some months; but it seems that this will not be the case. According to reports, the batteries aboard the European Space Agency's (ESA) comet lander ran out, shutting down the washing machine-sized probe after an adventurous and largely unscripted 57-hour mission.

However, all is not lost, before it shut down, it sent back some important data for scientists to analyze. The important thing to remember is that this mission is absolutely not a failure. And ESA spokesman Professor Mark McCaughrean is optimistic "All of the science instruments on board have done all of the work they were supposed to do, so we have huge amounts of data back on the ground now which is really exciting. Philae could come back later as we move closer to the sun and we get more light onto the solar panels up against the cliff we're at here in the shadow, so we're really... hugely happy here."

So with any luck, the lander will get enough sunlight and revive itself. Until then, may it rust in peace and safety.

Learn more about the mission in the below graphic: