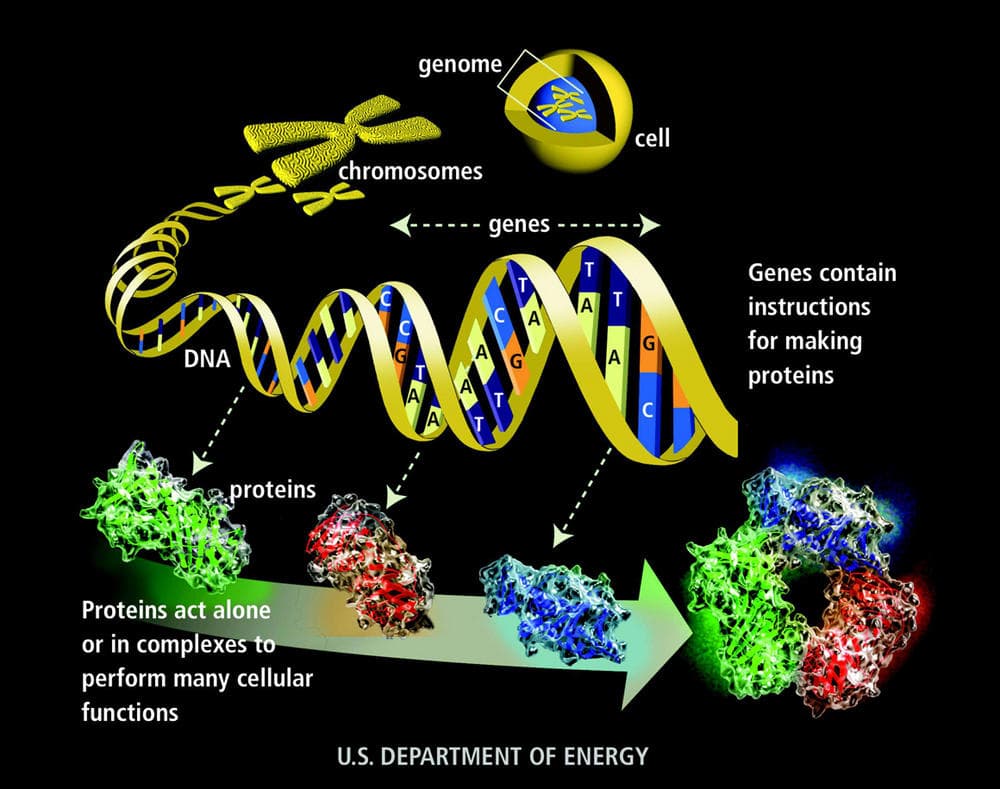 The force is strong with this one. UNC School of Medicine researchers discovered a gene called R2d2 - Responder to meiotic drive 2 - that breaks Gregor Mendel's century-old "law of segregation," which states that you have an equal probability of inheriting each of two copies of every gene from both parents.

For years, scientists had evidence that this law was being broken in mammals, but they didn't know how. Now they've implicated R2d2, a so-called "selfish gene." Led by UNC School of Medicine scientists, researchers from across the country used data from thousands of genetically diverse mice to show that female mice pass on one copy of the R2d2 gene more frequently than the other copy.

The discovery, published in PLoS Genetics, has wide ranging implications. For instance, when doctors calculate the probability of a person inheriting the genes responsible for a disease, the calculations are based on Mendel's law. Findings from the fields of evolutionary genetics and population genetics are also based on Mendel's law. And the discovery could have implications for the fields of biomedical science, infectious diseases, and even agriculture.

"R2d2 is a good example of a poorly understood phenomenon known as female meiotic drive - when an egg is produced and a "selfish gene" is segregated to the egg more than half the time," said Fernando Pardo-Manuel de Villena, PhD, professor of genetics and senior author of the paper. "One notable but poorly understood example of this in humans involves the transmission fused chromosomes that can contribute to trisomies - when three chromosomes are passed on to offspring instead of two."

Trisomies are associated with miscarriages or can lead to developmental disorders, including Down, Edwards, and Patau syndromes.

"Understanding how meiotic drive works may shed light on the meiotic abnormalities underlying these disorders," Pardo-Manuel de Villena said. "Now, we finally have an easily controlled and manageable system so we can study meiotic drive."

The researchers, including John Didion, PhD, a postdoctoral fellow at the NIH, former UNC graduate student, and first author of the paper, first discovered R2d2 while developing the Collaborative Cross (CC) and Diversity Outbred (DO) - two related populations of laboratory mice that were derived by mixing eight genetically-diverse inbred lines. They examined genotype data from hundreds of CC lines and thousands of DO mice and found that in every place in the genome save one, each of the eight parent lines made equal contributions to the population. The one exception occurred in the middle of mouse chromosome 2.

Using whole-genome sequences from the parent lines, the scientists found that R2d2 was responsible for the gain of many copies of a gene sequence present in all females with meiotic drive. Deletion of most of the R2d2 gene copies restored the expected pattern of inheritance. This provided solid evidence that the R2d2 gene was indeed the cause of the unusual mutation found on chromosome 2.

"We're now trying to figure out the mechanism for this, how it all operates at the molecular level," said Pardo-Manuel de Villena, director of the Collaborative Cross housed at UNC.

The findings open the door to experiments relevant to human health because chromosome regulation is such a fundamental process. Altering or correcting the way chromosomes are passed on to offspring could have dramatic effects on a variety of conditions.

In the future, scientists could use meiotic drive to pass along specific chromosomes in animal experiments or in efforts to manage wild populations of animals. If scientists could ensure that certain chromosomes are passed on to progeny that affect fertility, then this could have implications in the control of invasive species and vectors for human diseases, such as mice, rats, and mosquitoes.

There is a renewed interest in using meiotic drive to combat insects that transmit diseases to plants or animals, including humans. It is far off at this point, but some scientists are currently attempting to use meiotic drive to control the population of insects, especially mosquitoes, to lessen the abundance of vectors that carry pathogens, such as malaria, dengue fever virus, and yellow fever virus.

Such research is part of an uncertain future. What is certain is that the discovery of the R2d2 selfish gene is the first step toward unraveling the century-old mystery of meiotic drive.