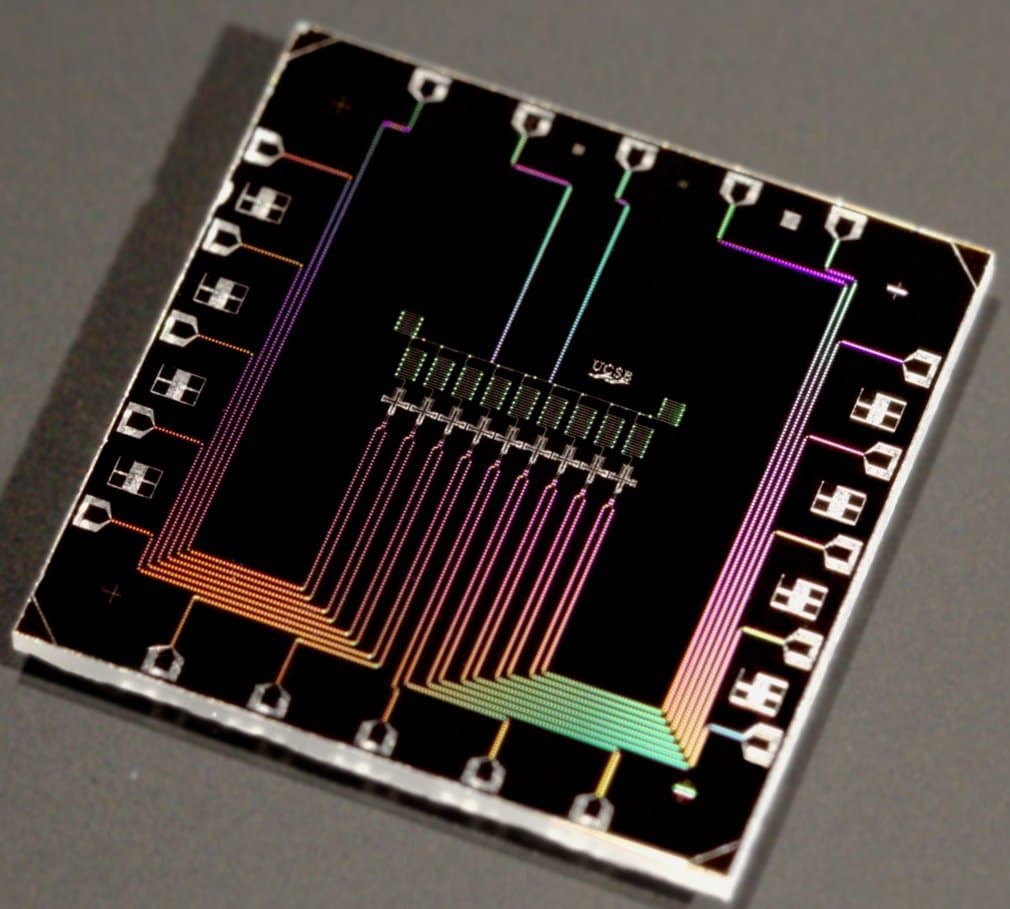 Researchers at the University of California, Santa Barbara and Google have made a big leap toward realizing the goal of ultra-powerful quantum computers. Such devices could easily break many current encryptions ciphers, which, by proxy, could help calculate complex problems in minutes, rather than months.

Messing about with extraordinarily tiny, extremely unstable elements has often been an exercise in frustration for quantum computing researchers. The inherent instability in setting and measuring the value of something as weird as the polarization of a photon—a value which can, in the bizarre world of quantum mechanics, simultaneously exist in both possible states at once, a phenomena known as "superposition"—represents an incredible challenge to making practical calculations with prototype devices. Those units of information, known as "qubits," are easily lost through quantum decoherence caused by vibration, stray cosmic rays, or the simple act of observing the unit's value.

The key to, and the power of, quantum computing springs from that same instability, however: by utilizing even more qubits in an error-correction scheme, valid results might be read from such computers, despite relatively high rates of decoherence. Although the amount of errors experienced in most quantum computing devices far exceeds the scope of any conventional error correction mechanism, throwing more qubits at the problem is exactly the solution that Google has come up with.

Working with an array of five qubits to hold data, the team inserted an additional four qubits next to them to devote exclusively to error correction. The four error-correcting qubits are allowed to observe the data qubits and essentially check their accuracy. By doing so, the team was able to reduce the failure rate by a factor of 8.5, according to their article in Nature.

The difficultly is that simply observing a qubit to determine if it has "flipped" into an error state via decoherence can itself cause decoherence—looking for errors is one of the things that cause errors. The team was able to circumvent this by being "sneaky" as Wired puts it. The error correction qubits are only allowed just enough information about the data qubits to determine if they are in error, not enough to flip them into decoherence themselves.

Even with this improvement, viable quantum computing has a long way to go. Despite their success, the team was only able to use the qubits in the classical manner of conventional bits, not taking advantage of the superpositioning that is expected to provide the lion's share of quantum computing benefits. According to the New York Times, other researchers believe that this milestone is, at best, a halfway point to a genuinely usable quantum computer.