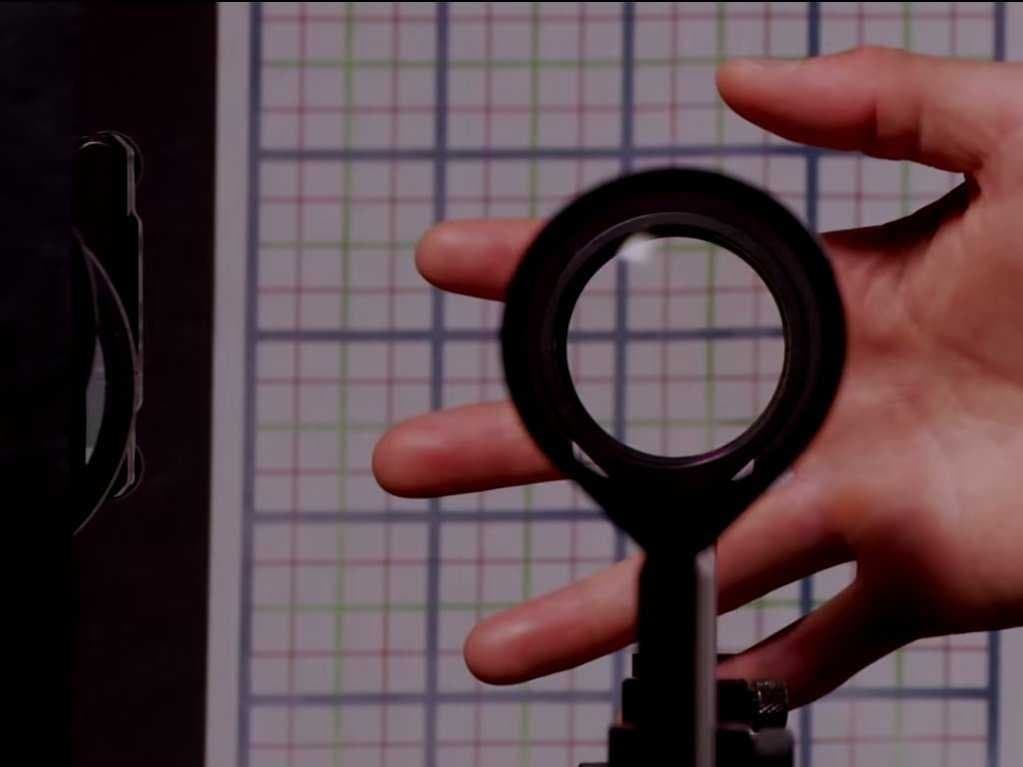 It seems that each day brings us closer and closer to science fiction. You have probably heard about “invisibility cloaks” before, as they have been in the works for quite some. Previously, we have reported on 3D printed invisibility cloaks and an invisibility device created by scientists as Duke University. Now, physicists at the University of Rochester have created their own cloaking device—an invisibility producing array, to be precise.

What’s more, this device could cost less than your average computer.

So far, in their tests, the researchers have been able to cloak a hand, a face, and a ruler. As they focus in on the object, each one appears entirely “invisible" (the object in question is see through while the image behind the hidden object remains in view). However, because of the way that the device functions, you could simply walk around it to see whatever is behind it. In this respect, it’s a bit like hiding behind a cabinet or rock…it’s only really effective from a certain angle. So perhaps it’s not the best way to conceal yourself from your enemies (or other prying eyes). However, Joseph Choi, a graduate student who helped develop the method at the University, asserts that this device has many practical uses: “I imagine this could be used to cloak a trailer on the back of a semi-truck so the driver can see directly behind him. It can be used for surgery, in the military, in interior design, art...”

He went on to add, “This cloak bends light and sends it through the center of the device, so the on-axis region cannot be blocked or cloaked.” In the end, this means that the cloaked region is shaped like a doughnut. However, Choi notes that they have slightly more complicated designs that solve the problem (these more complicated devices are currently pending patent).

University of Rochester physics professor John Howell adds that the device does not distort the background image (the image of whatever is behind the invisible object). Rather, the view appears crystal clear.

And the device is a first of its kind. Choi states, “From what, we know this is the first cloaking device that provides three-dimensional, continuously multidirectional cloaking.” In order to achieve this effect, the physicists used four standard lenses that keeps the object hidden as the viewer moves up to several degrees away from the optimal viewing position.

David Barnstone, from the University of Rochester, clarifies how the device works:

In order to both cloak an object and leave the background undisturbed, the researchers determined the lens type and power needed, as well as the precise distance to separate the four lenses. To test their device, they placed the cloaked object in front of a grid background. As they looked through the lenses and changed their viewing angle by moving from side to side, the grid shifted accordingly as if the cloaking device was not there.  There was no discontinuity in the grid lines behind the cloaked object, compared to the background, and the grid sizes (magnification) matched.

The device can also be enlarged. The University has released a description of how to make your own simple version of the design at home, and for less that 100$. See it in action below...

Although we aren’t quite at the stage to begin producing invisibility cloaks for a commercial market, with so many different scientific agencies working on this technology, many advancements are looming on the horizon.

Sometimes (not always…but sometimes), this world is an exciting and inspiring place.