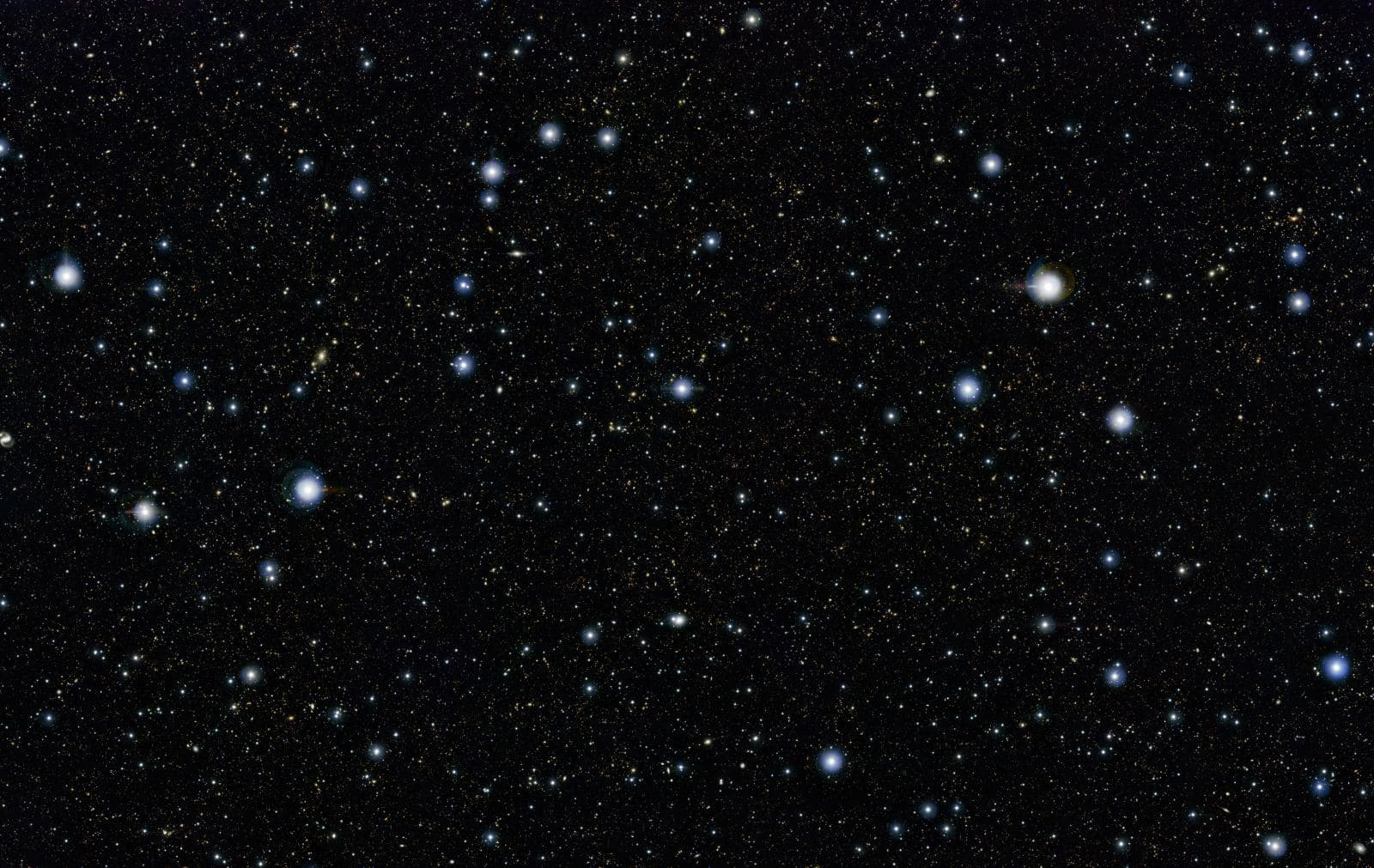 Back in the early days of our universe, bright, easy-to-spot massive galaxies were not common. And even for those that were there, astronomers run into a problem when they try to find them, as they were not as conspicuous during previous eras, often being shrouded and hidden by massive amounts of dust. However, in a study published this week in the Astrophysical Journal, researchers reported a staggering 574 newly discovered, massive galaxies dating back to the beginnings of the universe.

The galaxies were spotted by astronomers looking for light close to the infrared part of the spectrum. As the universe is always expanding, distant objects seem to race away from us, causing distortions in their light. Essentially, as space expands, waves of light get stretched out, coming closer to the aforementioned infrared part of the spectrum.

To this end, in this case, exploring near infrared light helped scientists overcome both the distance and the dust that obscured  ancient stars, in effect, revealing the galaxies that are hidden from us despite their enormous size.

AFTER THE BIG BANG

Lead researcher Karina Caputi said in a statement: "We uncovered 574 new massive galaxies — the largest sample of such hidden galaxies in the early universe ever assembled. Studying them allows us to answer a simple but important question: when did the first massive galaxies appear?"

These new-old galaxies indicate that galactic monsters (galaxies the size of our own and bigger) started forming around 1 billion years after the Big Bang. Their vast numbers also suggests that large galaxies were much more common at the time than scientists realized — and there are probably more galaxies out there still waiting to be revealed. This discovery may lead astronomers to revise some of their models on the way the early universe behaved.

Read This Next
Futurism
Ancient Supermassive Black Hole Unveils Secrets of Early Universe
Futurism
Evolution on a Galactic Scale
Futurism
New Hypothesis Suggests That Dark Matter May Be Made up of Primordial Black Holes
Futurism
Discovery of the Most Metal-Poor Galaxy Offers New Clues About the Big Bang
Futurism
Astronomers Discover Nearly 1000 New Galaxies Lurking Behind the Milky Way
More on Off World
Universally Cool
6:08 PM on the byte
Madman Builds "Entire Universe" in Minecraft
I'll Allow It
Yesterday on the byte
SpaceX Ground Control References "Mean Girls" During Astronaut Launch
Space Billboards
Yesterday on futurism
Russian Scientists Propose Plan to Launch Huge Advertisements Into Orbit Over Cities
READ MORE STORIES ABOUT / Off World
Keep up.
Subscribe to our daily newsletter to keep in touch with the subjects shaping our future.
+Social+Newsletter
TopicsAbout UsContact Us
Copyright ©, Camden Media Inc All Rights Reserved. See our User Agreement, Privacy Policy and Data Use Policy. The material on this site may not be reproduced, distributed, transmitted, cached or otherwise used, except with prior written permission of Futurism. Articles may contain affiliate links which enable us to share in the revenue of any purchases made.
Fonts by Typekit and Monotype.