Our Brains Can Make Decisions While We're Sleeping 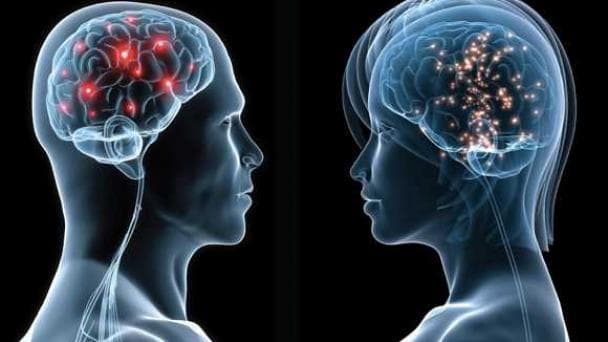 A new study led by senior research scientist Sid Kouider and PhD student Thomas Andrillon at the Ecole Normale Supérieure de Paris in France has investigated how active our brains are when we’re asleep, and the results could have implications for the Holy Grail of humanity's quest to become ever-smarter - learning in our sleep.

Previous studies have shown that rather than switching off from our environment when we sleep, our brains ‘keep one eye open’, so they can catch important information that's relevent to us. This means we’re more likely to wake up when we hear someone say our names, or when our alarms go off in the morning, than to the less-pressing sounds of an ally cat scratching around the bins outside, cars driving past, or the periodic chime of a cuckoo clock.

Kouider and Andrillon wanted to take this finding a step further and found that complex stimuli from our environment can not only be processed by our brains when we sleep, but can actually be used to make decisions. It's just like what's going on in your brain when you're driving your car home every day - you have to process so much information all at once and very quickly in order to safely operate your vehicle, but you’re so used to it, you barely even notice it happening. The same concept appears to apply to our decision-making processes when we're asleep.

Of course, the parts in our brain associated with paying attention to and following instructions are shut down when we sleep, so we can’t start performing a new task, but what Kouider and Andrillon wanted to find out is if a task was implemented right before sleep, would the brain continue working on it even after the participant dozed off?

They explained their experiment at the Conversation:

"To do this, we carried out experiments in which we got participants to categorise spoken words that were separated into two categories: words that referred to animals or objects, for example “cat” or “hat” in a first experiment; then real words like “hammer” versus pseudo-words (words that can be pronounced but are found nowhere in the dictionary) like “fabu” in a second one.

Participants were asked to indicate the category of the word that they heard by pressing a left or right button. Once the task became more automatic, we asked them to continue to respond to the words but they were also allowed to fall asleep. Since they were lying down in a dark room, most of them fell asleep while words were being played.

At the same time we monitored their state of vigilance thanks to EEG electrodes placed on their head. Once they were asleep, and without disturbing the flow of words they were hearing, we gave our participants new items from the same categories. The idea here was to force them to extract the meaning of the word (in the first experiment) or to check whether a word was part of the lexicon (in the second experiment) in order to be able to respond.”

Once they dozed off, the participants stopped pressing the buttons. But when the researchers looked at their brain activity, they found that the participants were still planning to press a button, and had a preference for either the right or left side, depending on the words that were being played to them. This means that even when they were sleeping, the participants’ brains continued to prepare a response for when they were to resume the task the next day.

When the participants woke up the next day, they didn't remember anything about the words they responded to in their sleep, which means "not only did they process complex information while being completely asleep, but they did it unconsciously", say Kouider and Andrillon at the Conversation.

So what does this mean for all of us who dream about learning new things even as we sleep? It's known that sleep consolidates previously learned information, but introducing new information to us when we're sleeping is a whole other story. And what sacrifices would the brain have to make in order to achieve this? Would our dreams start interfering with our learning? For a phenomenon that's crucial to the existence of every animal on the planet, we've still got a lot to learn about the science of slumber.

Source: The Conversation and ScienceAlert