Next Generation Rovers Will Be Able to Think For Themselves: 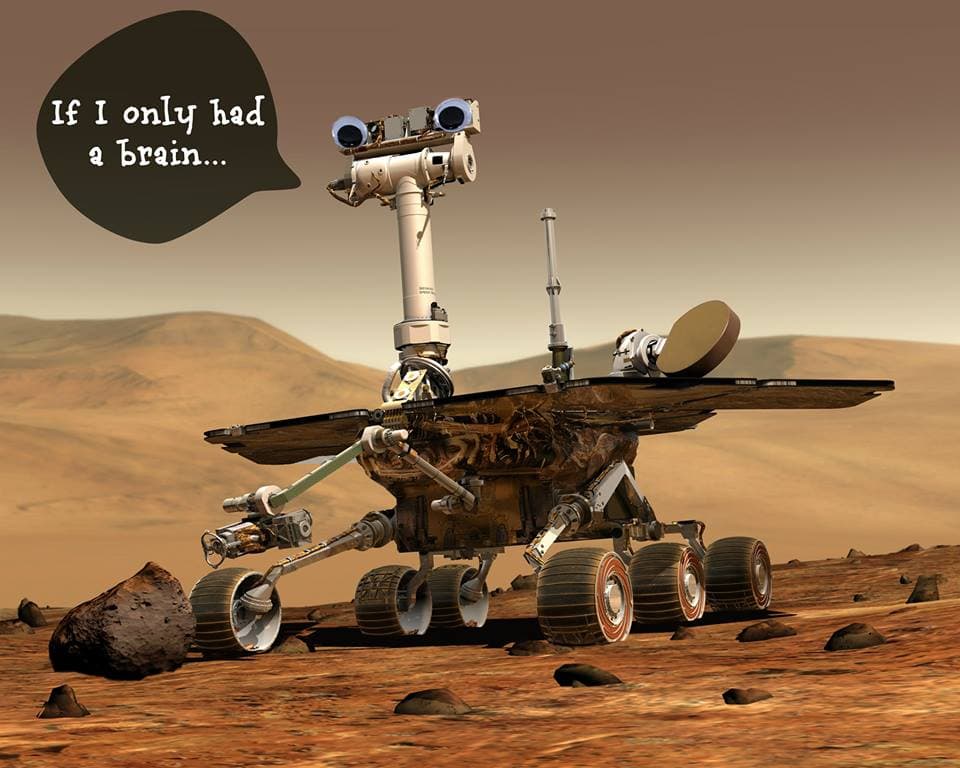 It goes without saying that the Curiosity rover is one of the most sophisticated pieces of technology in human history. While it was in the developmental stages, researchers worked diligently in developing something that could withstand an environment much more harsh than anything experienced here on Earth. Not just within the confines of the Red Planet, but Curiosity also had to survive the year-long-trek through space. Then, it had to remain in perfect working order following what was affectionately dubbed the "seven minutes of terror." (The time in which JPL couldn't monitor the rover's progression through the Martian atmosphere, to its landing spot in Gale Crater) We won't even get started with the many things that could spontaneously go wrong during this journey (micrometeorite impacts always pose a problem).

With that said; it has several issues that still need to be worked through. One of its biggest issues has nothing to do with the rover itself, but with the constrictions caused by the laws of physics. One of them - the universal speed limit - prevents JPL team members from being able to command and maneuver our robots in real time. Instead; they were constantly on a 40 minute loop (it takes 20 minutes for a signal traveling at light speed to make it from Earth to Mars. Meaning, it takes 40 minutes for one single correspondence to make a round trip.

This becomes all the more problematic the farther a robot ventures from Earth. Take Europa, for example - one of the Galilean moons of Jupiter. It's believed to contain a subsurface body of liquid water much larger than all of Earth's cache of water combined. This tidbit of information makes the extraordinary moon one of the most promising candidates to probe in the search of extra terrestrial life forms. But like Mars - the issues with sending commands remain. Only, it would take almost twice as long to communicate with any such robot exploring Europa's diverse landscape.

In order to partially side-step this issue, JPL researchers are hard at work meticulously creating a new piece of technology that would essentially act as a brain for our rovers. Called the TextureCam, the work-in-progress would not only give future generations of rovers the ability to differentiate between sediment and the sky, but it would also allow the rover to determine the scientific value of certain features. Assuming it's a worthwhile endeavor, the TextureCam will be able to collect and analyze data, before making educated decisions on the next course of action to take. (This would pretty much remove the need for constant communication between Earth-based operators and future rovers)

The TextureCam will have a series of different instruments - each working in harmony to effectively study its surroundings. The stereo will capture 3D images of the terrain (using a two-lens camera system), whilst a processor does the needed analyzation to determine whether or not an object of interest is a good use of its time and resources. This will like depend on the size, distance and texture of the material - three things Curiosity has a difficult time discerning currently.

The new technology could be seen in action as soon as 2020 - when the next Mars' rover is expected to be launched. Overall; the implications are astounding. Heck - watching the technological progression of our rovers IS astounding. I, for one, look forward to seeing the various ways in which future scientists and engineers can make Curiosity look like a toaster compared to the next generation of rovers. Stay tuned!