Combating neurological diseases may have just gotten a lot easier.

“The unknown is that big ‘black box’ when people inject neural stem cells and have no idea where they go, or what they do—it’s pretty invasive and inaccurate,” said Steven Stice, a Georgia Research Alliance Eminent Scholar and director of the Regenerative Bioscience Center.

In his research, which was published in Advanced Functional Material, Forrest Goodfellow used microscopic iron beads to label neural stem cells before transplanting them into a chicken embryo.

This unique technique allowed them to observe the stem cells for as long as 14 days using an MRI without causing damage to the cells, similar to research using graphene. 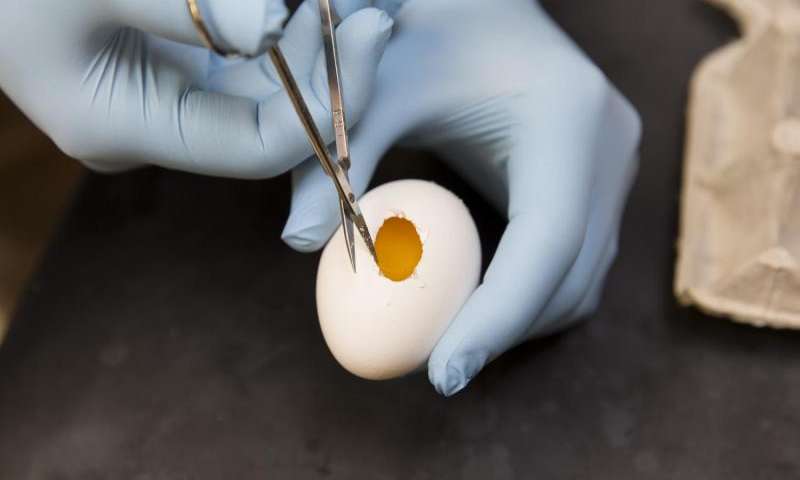 “One novel aspect of this iron nanoparticle is the iron center covered in synthetic polymers,” Goodfellow said. “The covering can be manipulated to show up in green, red or a spectrum of colors with fluorescent microscopy and MRI for a multitude of regenerative therapies—but the surface is what helps it to not harm the cells.”

Because this labeling technique is noninvasive, it’s posed as the next leap in regenerative medicine therapy, helping people delay the onset of symptoms for those affected by Alzheimer’s and Parkinson’s disease.

It also holds therapeutic promise for healing patients who suffered from stroke as well as traumatic brain and spinal cord injuries.

“The hope is that this research will get stem cells to clinical applications faster, even if we are just doing rodent studies,” he said. “If we are able to see that the cells are surviving and integrating and not adversely affecting the animal, then the likelihood of us getting through clinical trials and onto a real therapy is a lot greater and a lot faster.”

This Week in Science

Physicists Overturn a 100-Year-Old Assumption on How Brains Work

Scientists Can Now Turn off Feelings of Thirst in Mice