New Water Treatment Technique May Clean Pharmaceuticals from our H2O 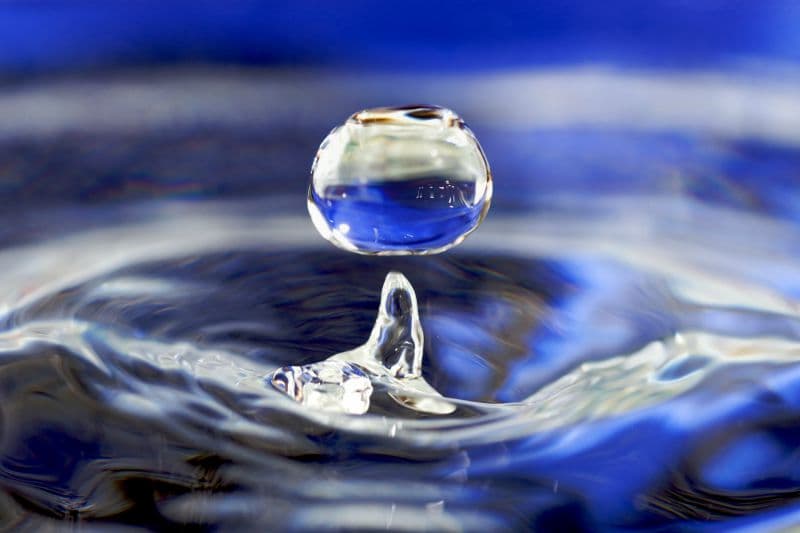 Is our water clean? Well, not entirely. Many pharmaceuticals and other potentially harmful chemicals are not removed during the water treatment process and can contaminate our waterways. The problem is heightened in non-Western nations. Fortunately, a scientist recently described a new technique for capturing these chemicals in the Journal of Environmental Quality.

What prestigious university is this researcher associated with? Well, none. She's actually still in high school.

While in the sixth grade, this ambitious young scientist learned that the Everglades were contaminated with pharmaceuticals. Horrified, she began to search for a possible answer, and she used her summer break to experiment in her parent's garage and dining room.

“It’s scary that 80% of rivers, streams, and groundwater in this country are contaminated by at least one organic contaminant,” 16-year-old Maria Elena Grimmett told reporters.

How do waterways get contaminated? When humans or animals take pharmaceuticals, only some portion is absorbed, or metabolized, by the body. The rest is excreted, and since our water treatment facilities do not catch some of these drugs, they enter our water system.

Grimmett chose to focus her research on one of these drugs, an antibiotic known as sulfamethazine. Each year in North America, 400 tons of sulfamethazine is fed to livestock to prevent diseases or promote growth. However, 90% of the drug is not metabolized by the cattle, and because it does not readily break down, it is easily carried by rain to contaminate groundwater.

Once antibiotics are in our groundwater, they can render well water unsafe, lead to antibiotic-resistant bacteria, damage aquatic ecosystems, and alter soil bacteria and enzymes. In addition, antibiotics have even been detected in our foods and our urine, presumably because irrigation methods may utilize contaminated water or through fertilization treatments with manure. While the effects on humans are unknown, some scientists have suggested that chronic exposure to antibiotics can potentially alter our normal digestive bacteria populations or even lead to allergic reactions.

It may not be life or death, but it's also not good.

In an attempt to tackle these issues, Grimmett spent 6 years experimenting with several tiny plastic beads, known as polymer resins. These resins peaked her interest because they are known for having lots of tiny gaps. Her theory was that chemical conditions were such that sulfamethazine could be effectively trapped in the resin's cracks.

To perform the carefully-designed experiments, Grimmett passed water through columns containing the resin. And as she predicted, the water that flowed out was free of sulfamethazine. In other words, the resin had trapped the antibiotic.

Furthermore, the resin still showed promise when she tested with more realistic water conditions, by utilizing simulated ground water and varying pH ranges. Grimmett hopes that water engineers will take note and begin to use resins in the real world. “Resins are so versatile,” she says. “I’ve only been testing for sulfamethazine, but I bet they are capable of removing more than just the one pharmaceutical.”

Her parents credit her independent spirit, as well as an encouraging community. “She was able to do it all at home due to her determination, multiple contacts with scientists and companies, and I suppose my wife and I who were willing to play ball,” stated Grimmett’s father, Michael.

And best of all, Grimmett has found tremendous support in the scientific community. “Everyone is so supportive,” she says, “Whenever I read articles and have questions for the author, they are always responsive and helpful.”