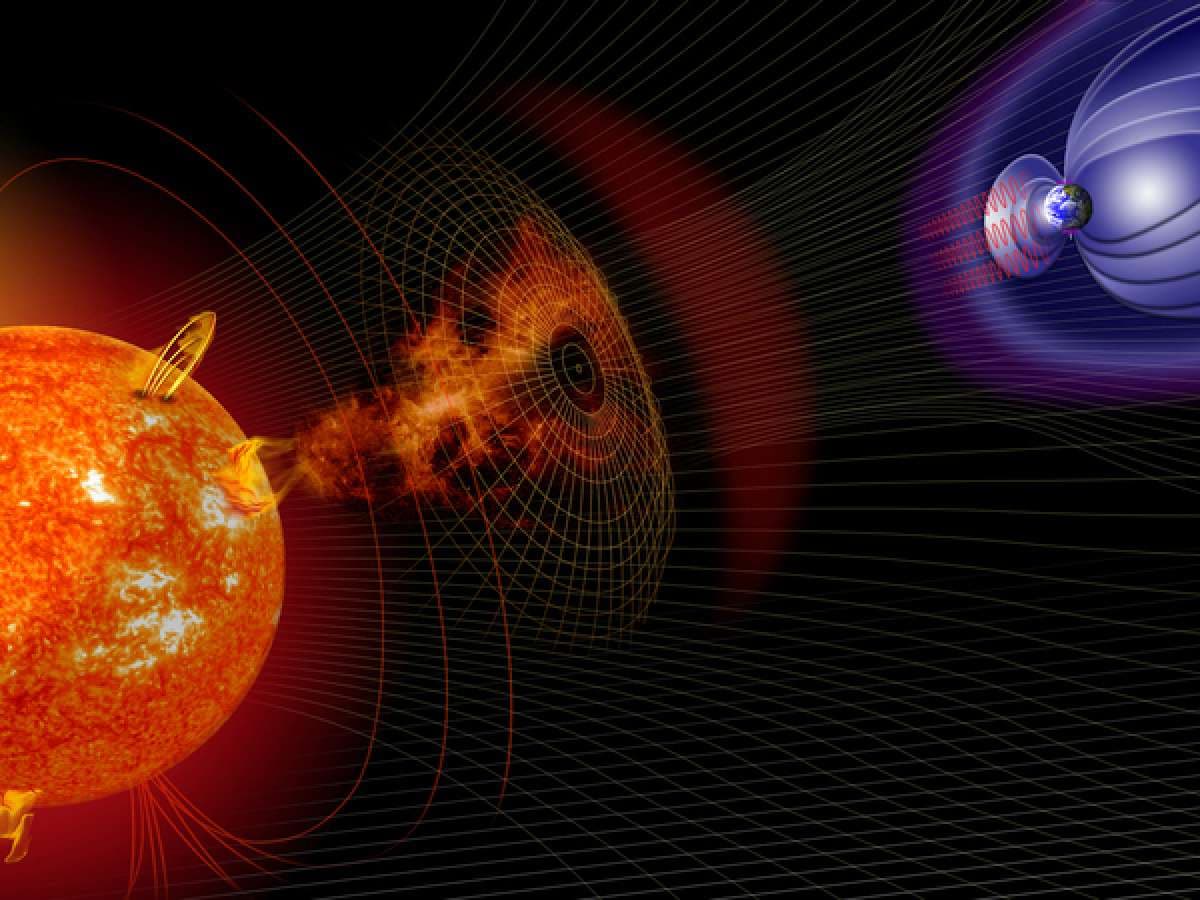 Large eruptions of gas and magnetized material from the Sun can have a disastrous influence on satellites, GPS, and even utility grids on the ground. This can cause communication blackouts and, if they are bad enough, irreparable damage to spacecrafts or satellites.

These explosions, called coronal mass ejections (CMEs), can travel towards Earth at speeds of about 300 kilometers per second, reaching our planet in as little as 14 hours. That doesn't sound like a lot of warning time to protect our systems; however, things are even worse than this. Ultimately, we can only measure CMEs' magnetic fields after they pass over satellites close to Earth, giving us no time to protect systems and just 30 to 60 minutes’ notice before it hits Earth's magnetosphere.

However, scientists at NASA's Goddard Space Flight Center in Greenbelt, Maryland, have developed recently a new measurement and modeling tool that could alert us up to 24 hours ahead of a harmful CME.

“Breaking through that 24 hour barrier to prediction is crucial for dealing efficiently with any potential problems before they arise,” said Neel Savani, a space scientist at Goddard Space Flight Center. He led a team of researchers that developed the new model. The scientists unveiled the details in a paper in Space Weather, an American Geophysical Union journal.

The new tool tracks how the initial eruptions on the Sun evolve over time. Ultimately, the model can describe how the CME will be configured as it approaches Earth. Thus, the new technique concentrates on tracking and modeling the evolution of the ejection cloud that discharges into space.

Previous models relied on measuring the initial CME eruption, but were not efficient in predicting what happens when the cloud arrives at Earth.

Savani admitted that earlier attempts simplified the eruptions too much, assuming they came from a single active region. The new method is able to incorporate the complex reality of CMEs that originate from more than one active region.

"Once you can successfully measure the initial structure of the CME, the next step is to have a good understanding of how it evolves as it travels," Savani said.

So far Savani has tested his modeling method on eight previous mass ejections to show that his model's predictions corresponded with what actually happened. He will test even more examples to make sure the model is truly robust. Such models can be used by the Space Weather Prediction Center at the US National Oceanic and Atmospheric Association (NOAA) for geomagnetic storm predictions and to provide alerts and forecasts to industries that require space weather information, such as the military, the airlines and utility companies.

“We’ll test the model against a variety of historical events. We’ll also see how well it works on any events we witness over the next year. In the end we’ll be able to provide concrete information about how reliable a prediction tool it is,” said Antti Pulkkinen, director of the Space Weather Research Center at NASA Goddard.

The goal is to create an easy-to-use application with standardized input and reliable output. The new model would be than useful for scientists as an advanced new tool to protect the Earth from the effects of space weather.