New Smartphone Battery Charges Your Device in One Minute, But is it Really Viable? 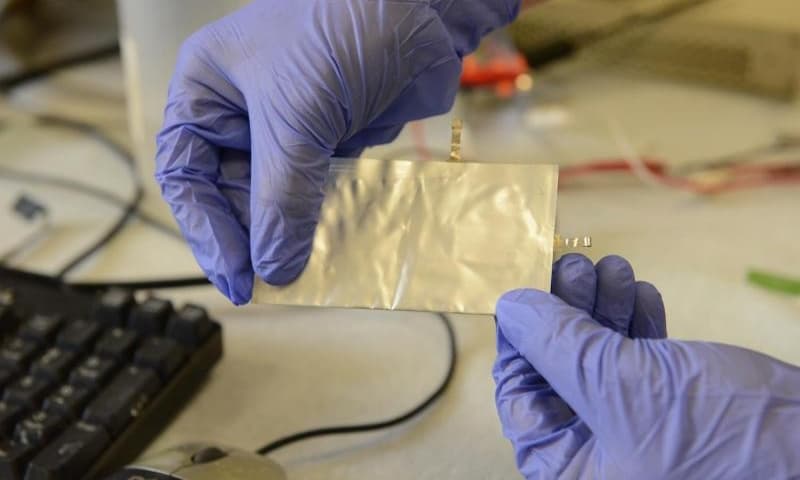 Most people think of aluminum as a structural material or something their refreshing beverage of choice comes in (like sods or a nice, cool beer), but researchers at Stanford University have turned it into a new kind of battery … one that might revolutionize everything from portable devices, to airplanes, and even electric cars.

Scientists have been struggling to create aluminum-ion rechargeable batteries for decades. The problem had been finding an appropriate material to use as the cathode, or the electrode by which current leaves the battery.

Stanford’s solution hit on using graphite as the cathode to the aluminum anode. A liquid electrolyte is sealed in a polymer-coated pouch between the two electrodes.

The new battery prototype was tested powering everything from LEDs to cellular phones. It proved amenable to twisting and bending without cutting off the power supply.

Aluminum also has the advantage of being the most prolific metal on Earth. Approximately 8% of the Earth’s surface weight is aluminum … and aluminum is light! All that availability translates into affordability: aluminum is considerably less expensive than lithium.

Aluminum, the battery, retains many of the advantages of aluminum, the structural component. Aluminum-ion batteries are lightweight, flexible, durable, and extremely corrosion resistant.

The advantages that aluminum has over conventional lithium-ion batteries are hard to understate. Li-ion batteries are popular because they are rechargeable, retain a charge well when not in use, have a high energy capacity, and do not develop a memory effect that diminishes capacity over time. But they must be pressurized internally and they contain a flammable electrolyte which has lead to a number of rather spectacular and public failures.

Aluminum-ion batteries won’t explode yet have a much higher power density. They can function through more than 7,500 recharge cycles compared to Li-ion’s 1000 cycles before wearing out. Researchers drilled right through one of the Al-ion prototypes while it was in use. Not only did it not catch fire, but it kept powering the device! The battery will bend almost completely in half without any diminished function.

Perhaps most impressively, the recharge time on the Al-ion battery is only around one minute. That’s not a typo. Li-ion batteries can take anywhere from forty-five minutes to two hours to charge to capacity. The Al-ion battery can recharge in less time than it took you to read this article (a lot less).

On the other hand...

Battery "breakthroughs" need to state power *and* energy density (not the same thing), plus how long they last. They usually fail on energy.

The battery’s energy density is not as good as Lithium-ion.  Hongjie Dai, the Stanford chemistry professor who helped lead the research team, says his team has lots of basic research to do still. Ultimately, the existing Al-ion prototype only produces about 2 volts, where Li-ion batteries kick out 3.6 volts. For some applications, this will be insufficient without additional performance improvements. However, many common battery-powered devices today operate using AAA, AA, C, or D cell batteries which operate at a nominal 1.5 volts, so Al-ion rechargeables are already well within the ball park for many uses. That said, the team is still looking for manufacturers, so until a deal is reached, it may (or may not) be coming to a store near you.