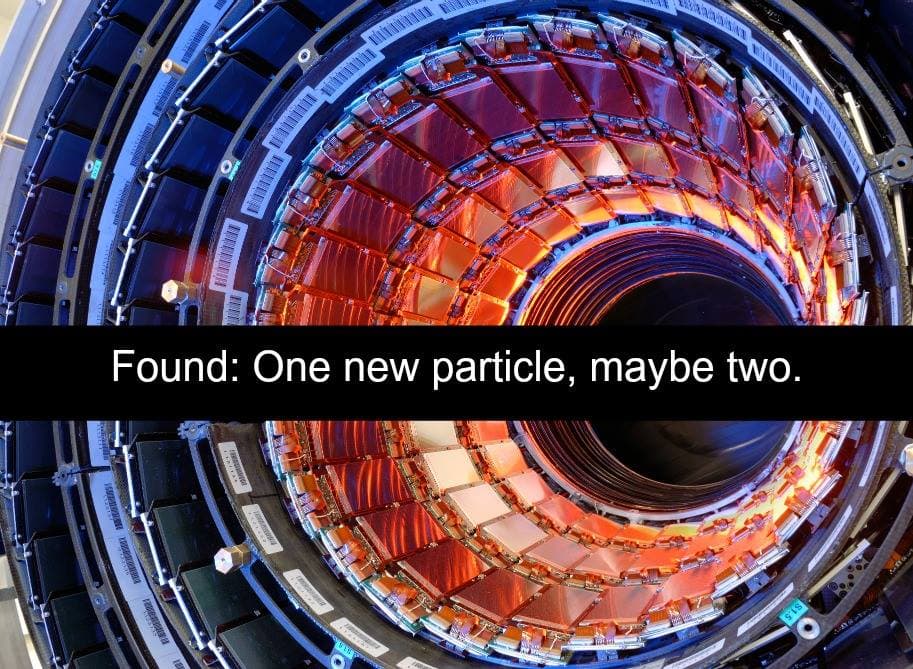 You know your house pretty well. You've lived in it a long time — five, 10 years, maybe more — and it probably doesn't offer you many surprises anymore. But suppose one day while dusting your bedroom, you unexpectedly found a little door that led to another world, one with fairies, dragons and calorie-free, Häagen-Dazs-quality ice cream. Sounds unlikely, right?

Particle physics has some commonalities with that scenario. The standard model of particle physics has been around for a long time — at least 40 years — and scientists always talk about how it explains all the phenomena we've discovered thus far and how it's nearly complete. But the Standard Model still has some tricks up its sleeve.

Quantum chromodynamics (QCD) is the model of the strong nuclear force. It says that particles called quarks and gluons can be found bound together into particles called mesons and baryons. Over the last 40 years or so, we've looked for all the predicted combinations and found most of them.

However, in 2003, the Belle experiment at KEK laboratory in Japan found what appeared to be a new particle that couldn't be explained using traditional QCD knowledge. Over the years, other evidence has come in for even more particles that suggested that there were some undiscovered doors in the wall of the Standard Model. This didn't mean that QCD was wrong. It means that QCD is a mathematically difficult theory and scientists hadn't worked out all of the implications of the model yet.

In 2009, the Collider Detector at Fermilab (CDF) experiment reported evidence for another new particle they called Y(4140). Belle looked for confirming evidence, but didn't find anything. Then the Large Hadron Collider's "Beauty" (LHCb) experiment at CERN also looked and couldn't confirm it either. The Compact Muon Spectrometer (CMS) had found evidence that suggested maybe CDF was right, but some of the people were on both the CMS and CDF groups, which could have meant that the two experiments were making a common mistake. CMS also saw a second structure, which could mean that maybe they were seeing not one particle but two. However, other interpretations of the second structure are possible. A little over a month ago, the DZero experiment claimed that they were seeing two particles, just as CMS was.

CMS has now submitted a paper for publication, making a firm claim of a new and unexpected particle that confirms the CDF publication. They further show strong evidence for a second structure that could be a new particle or could have a different interpretation (a "reflection" for those who follow this physics). The other experiments are taking another look at their data.

You might think this is a messy state of affairs, and it is — a gloriously, wonderful, exhilarating, messy state. This is science in action. Rarely is a discovery as simple as finding a quarter in the street. It's a lot of work, and if someone misses some evidence, that just means it's hard and the universe doesn't make it easy. It also means that there are still some mysteries hiding in the Standard Model. More data will permit the sophisticated analysis needed to pin down the interpretation of these two peaks and learn some of QCD's little secrets.

In collaboration with All Science, All the Time