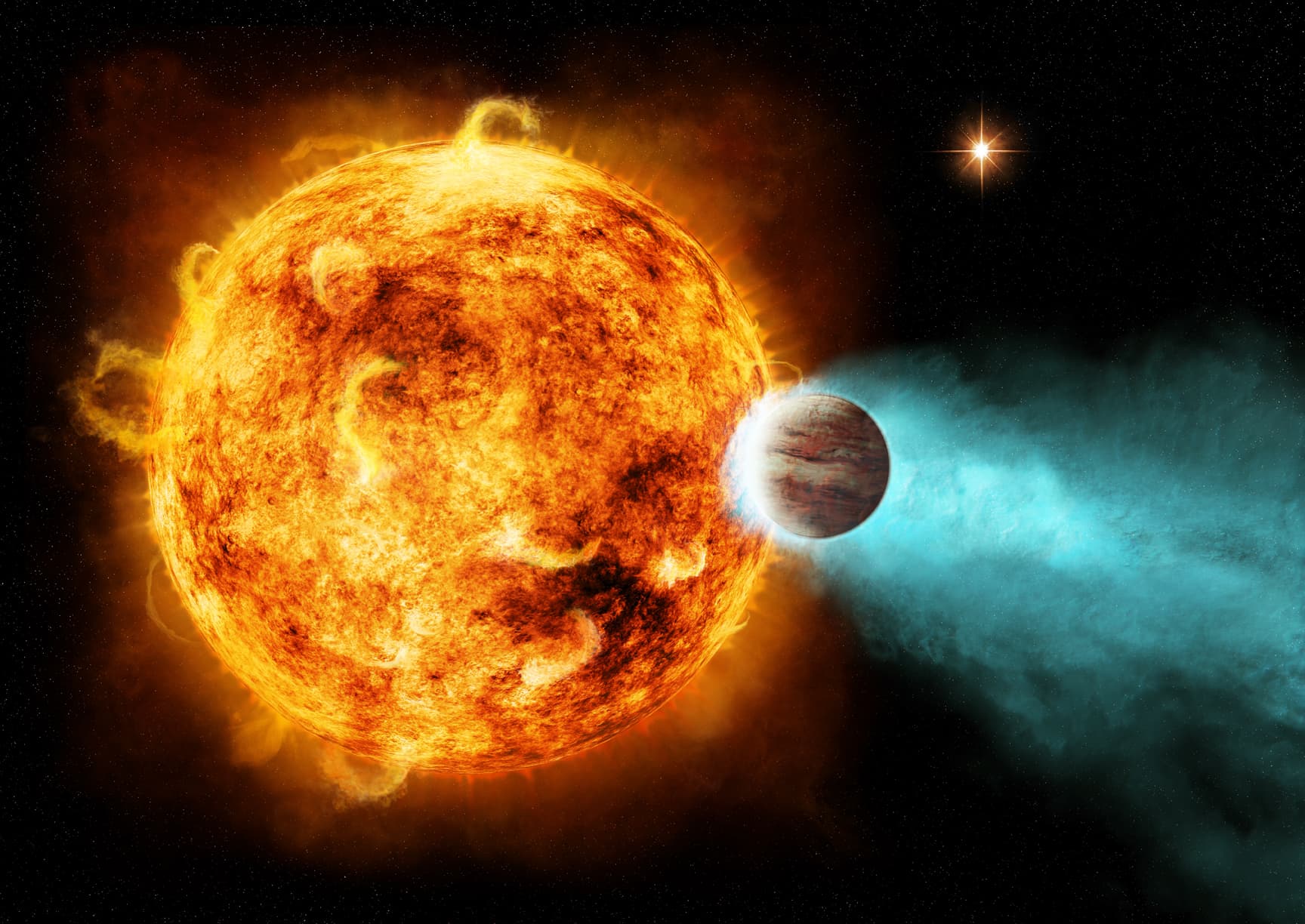 Hot Jupiters are extrasolar planets with traits similar to the Jupiter in our solar system, except that they are relatively closer to their parental star. For 20 years, scientists have wondered how hot Jupiters form. It is thought that gaseous planets, such as our Jupiter, form in low temperatures and thus are required to be far from their stars. However this cannot be the case with hot Jupiters, especially considering the hot Jupiter with two close-in planetary companions.

So far 300 hot Jupiters have been discovered, but this is the first time one was discovered with two close-in planetary companions.  The discovery was made using data from the K-2 mission. A “citizen scientist” was the first to note the possibility of a planet companion, and the observation was then confirmed by scientists from the University of Michigan. One of the two close-in planets have a size similar to that of Neptune while the other was a super-Earth inner companion.

Read This Next
Futurism
NASA Just Discovered 10 Earth-Like Alien Planets
Futurism
A Real “Death Star”—White Dwarf Caught Destroying a Tiny Planet
More on Off World
Centrifugal Motion
Yesterday on the byte
NASA Tests System to Fling Satellites Into Sky Using Huge Centrifuge
Universally Cool
Yesterday on the byte
Madman Builds "Entire Universe" in Minecraft
I'll Allow It
Wednesday on the byte
SpaceX Ground Control References "Mean Girls" During Astronaut Launch
READ MORE STORIES ABOUT / Off World
Keep up.
Subscribe to our daily newsletter to keep in touch with the subjects shaping our future.
+Social+Newsletter
TopicsAbout UsContact Us
Copyright ©, Camden Media Inc All Rights Reserved. See our User Agreement, Privacy Policy and Data Use Policy. The material on this site may not be reproduced, distributed, transmitted, cached or otherwise used, except with prior written permission of Futurism. Articles may contain affiliate links which enable us to share in the revenue of any purchases made.
Fonts by Typekit and Monotype.