...a fundamental theory aiming to explain the Universe. 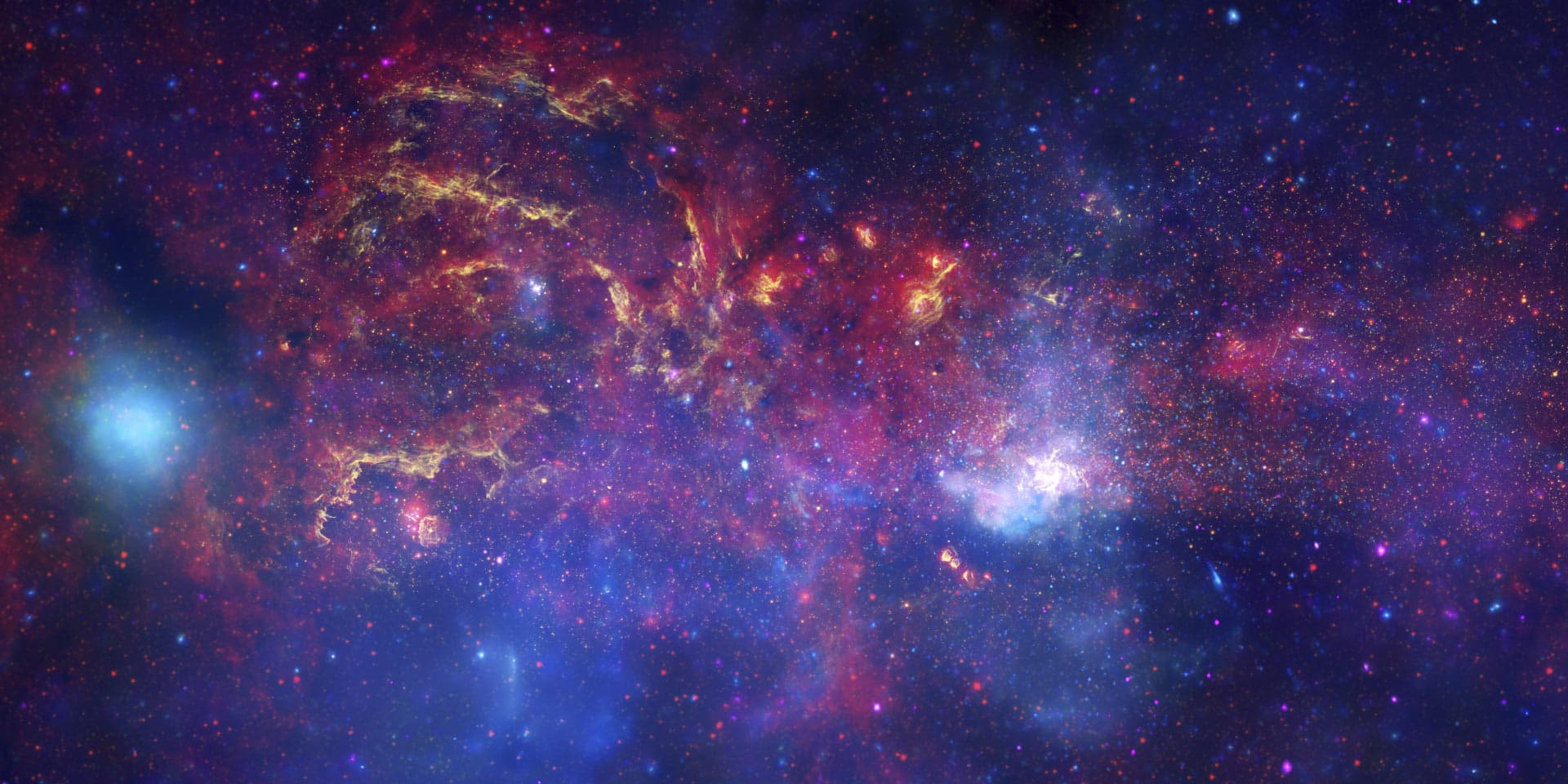 A Hitchhiker's Guide to Antimatter

This week, a paper came out that takes the work of twentieth-century physicists on subatomic interactions and delves into the strange and nascent study of antimatter. Published by Mostafa Ahmadi and his colleagues in the journal Nature, the study shows that antihydrogen — the antimatter counterpart of hydrogen — also produces the standard 21-cm (8.3-inch) emission wavelength. That is half the answer to life, the Universe, and everything as predicted by Douglas Adams' Hitchhikers' Guide to the Galaxy...which is 42.

Antimatter is hard to study since it tends to annihilate any matter it comes into contact with. Using CERN's ALPHA-2 particle accelerator device, 90,000 antiprotons are slowed and captured from the Antiproton Decelerator, ultimately producing 25,000 antihydrogen atoms. That might seem like a big number, but an average grain of sand has 1-100 million million million atoms in it. That's about twenty more zeroes more than the quantity of antihydrogen atoms, so far.

Developed in the 1970s, The Standard Model successfully explained nearly all experimental results of how the basic building blocks of the Universe, called fundamental particles, in addition to three universal forces, interact. The Standard Model not only predicted a variety of phenomena like charge-parity-time, it has become an established, reliable theory.

According to Nature, "Charge-parity-time (CPT) symmetry predicts that energy levels in antimatter and matter should be the same. Even the slightest violation of this rule would require a serious rethink of the standard model of physics." Scientists test The Standard Model by finding inconsistencies — if there are discrepancies between the behavior of matter and antimatter, this raises doubt or may even falsify a set of rules. But, since the opposite has obtained, here's to the continued posterity of twentieth-century subatomic particle physics, if it isn't too big of a mouth-full.

Read This Next
Good Samaritan
Physics Dept Gets Random Box Full of $180K in Untraceable $50s and $100s
Brands We Love
Go Beyond The Science Headlines With The Fundamentals Of Physics Course
Quantum Teleportation
Scientists Are Building a Quantum Teleporter Based on Black Holes
Positron Electron
Neutron Star's "Halo" Could Help Solve Antimatter Mystery
Alternate Timelines
Paradox-Free Time Travel Possible With Many Parallel Universes
More on Hard Science
Total Drama Island
Wednesday on the byte
Journal Retracts Study on Room Temperature Superconductors
Tell Us How You R...
Tuesday on the byte
Former Particle Physicist Absolutely Annihilates the Field of Particle Physics
Long Live
Sep 25 on futurism
Giving Baby Mice This Drug Makes Them Live 10 Percent Longer
READ MORE STORIES ABOUT / Hard Science
Keep up.
Subscribe to our daily newsletter to keep in touch with the subjects shaping our future.
+Social+Newsletter
TopicsAbout UsContact Us
Copyright ©, Camden Media Inc All Rights Reserved. See our User Agreement, Privacy Policy and Data Use Policy. The material on this site may not be reproduced, distributed, transmitted, cached or otherwise used, except with prior written permission of Futurism. Articles may contain affiliate links which enable us to share in the revenue of any purchases made.
Fonts by Typekit and Monotype.