NASA Releases Stunning Image of Saturn: Here's a Look at the 10 Best 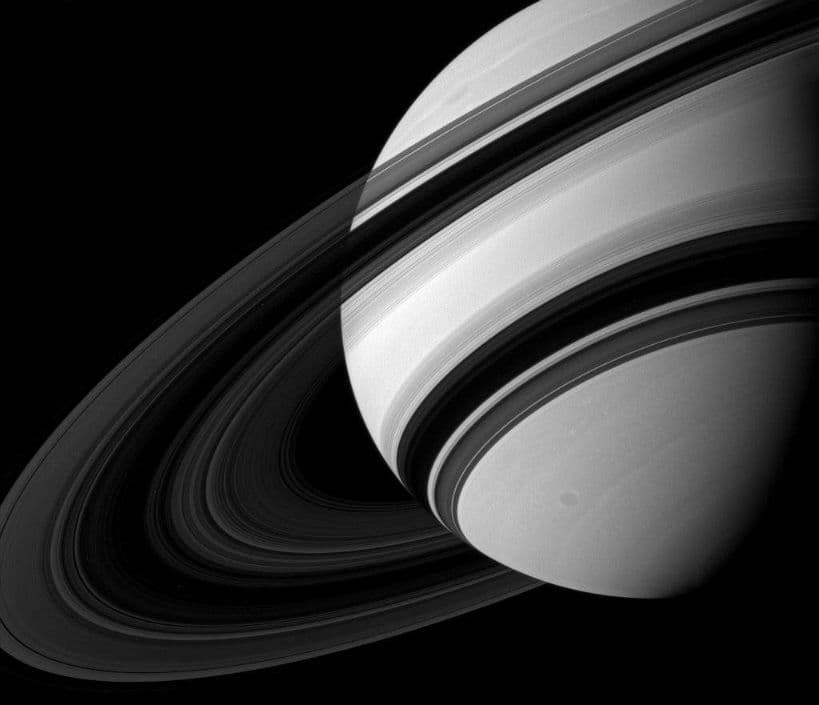 Since the arrival of Cassini-Huygens in mid-2003, NASA has released too many stunning images of Saturn to count. The latest one, which was captured by Cassini's wide-angle camera on January 15, 2015, takes a walk on the dark side.

Tethys, which is one of Saturn's small moons, is present in the frame, but it's so small that it's extremely hard to see unless you are trained in the art of identifying such objects. In the end, it looks like nothing more than a bit of dust on the screen. It can be seen in lower left quadrant of the photo (just below the rings).

And when we say that Tethys is rather tiny, e mean it. It's just 660 miles (1,062 kilometers) across; however, it has a crater of epic proportions. It's called Odysseus, and it is an impact site that is some 250 miles wide (400 km). Considering the moon's small stature, this is an enormous impact area.

Unfortunately, Cassini has nearly reached the end of the line. In a short time, its mission will formally come to an end, and it will dive face-first into the gas giant's atmosphere—incinerating upon impact.

Below, we have collected some of the best images of Saturn taken so far. All images come courtesy of NASA/JPL. Click on the right arrow to scroll to the next picture, and click on individual images if you want to learn more about that particular photograph or see a more comprehensive list of credits.