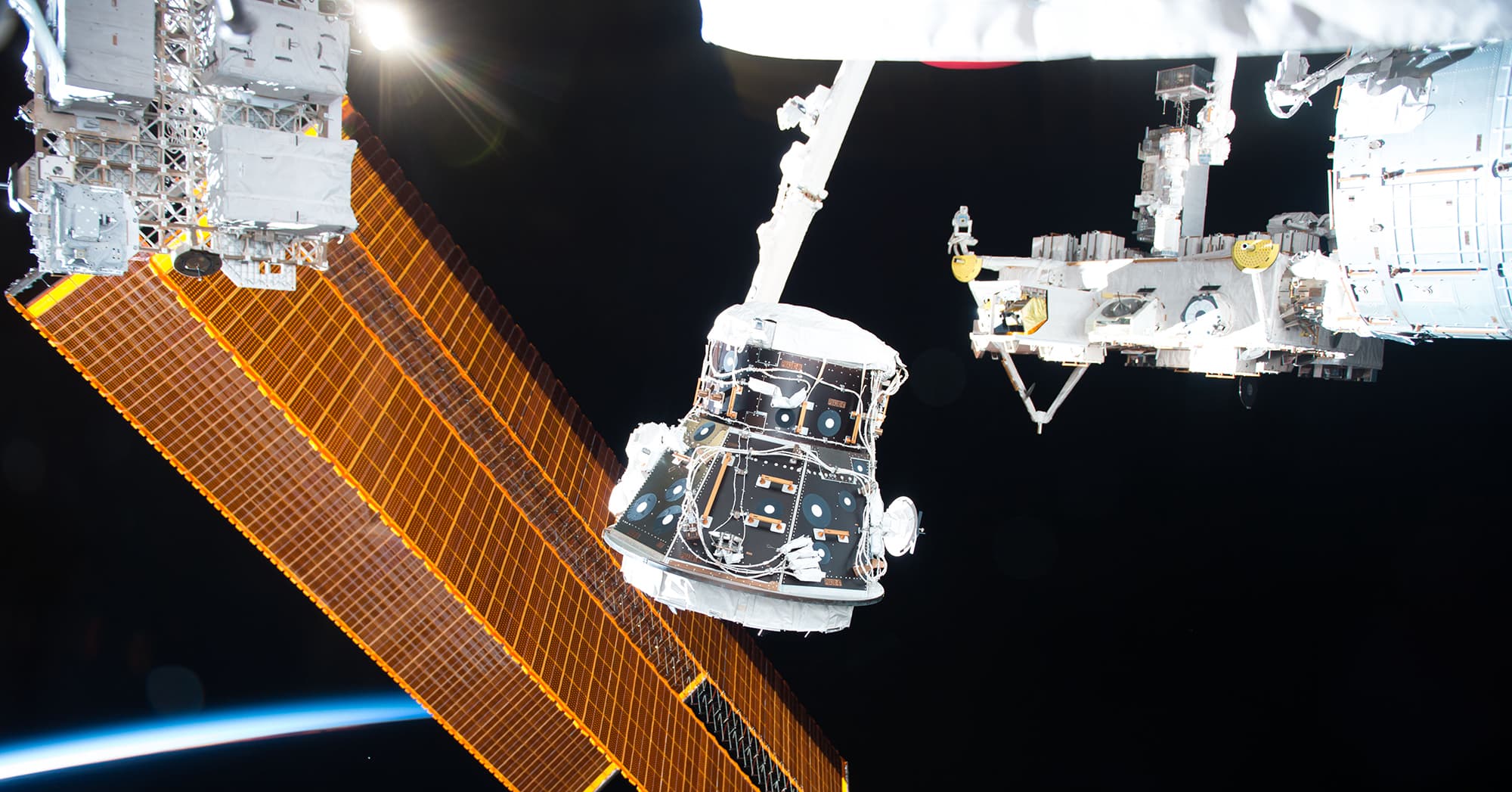 NASA astronauts Peggy Whitson and Shane Kimbrough lost an important piece of shielding required by the International Space Station (ISS) during a routine spacewalk to carry out repairs.

The cloth shielding, which was supposed to be securely tethered to the station or astronaut, was meant to protect against micrometeorite debris. It was one of four pieces that Whitson and Kimbrough were tasked to install.

Whitson, who is now the oldest and most experienced woman to conduct a spacewalk, promptly reported the incident to Mission Control, which is now tracking the 1.5 meter (5 foot), 8 kg (18 pound) object as it floats in space. Both astronauts were able to address the matter by patching up the hole where the shielding cloth should have been.

No Need to Panic

According to NASA spokesman Dan Huot, the three remaining shields are being used to cover the craft's most vulnerable spots, so despite being an annoying setback, the situation isn’t anywhere near as dire as one might assume, and won't put the ISS at any risk of danger. However, it does add to the problem of space debris. This piece of cloth will join more than 500,000 pieces of debris floating at speeds of up to 28,162 km/h (17,500 mph) around the Earth.

To avoid the potential of the shield crashing back into the ISS, NASA is tracking it carefully. Should it pose any possibility of colliding with the ISS, they will know about it in advance, but NASA assures the public that it’s unlikely.

In any case, once it gets pulled into Earth’s orbit, the debris should make its way into the atmosphere where it will burn up, erasing any evidence of this off-world mistake.

Read This Next
Makeover Scene
Space Tourist Says He's Thinking About Flying SpaceX Craft Up to Fix Hubble
Palliative Care
NASA's Mars Lander Refuses to Die Even Though It's Supposed To
Signs Of Life
NASA Seems Awfully Excited About Finding Organic Matter on Mars
Butt of the Joke
Asking the Public to Name Probe to Uranus May Have Been a Mistake
Mo' Money Mo' Problems
New Government Report Is Extremely Bad News for NASA
More on Off World
Boom!
Yesterday on the byte
The Devastation From NASA's Asteroid Collision Looks Unbelievable
Martian Stragglers
Monday on the byte
NASA Says "Foreign Object Debris" Briefly Stuck to Its Mars Helicopter
Mount Olympus
Oct 1 on the byte
NASA Astronaut Is Beefing With Russia Again
READ MORE STORIES ABOUT / Off World
Keep up.
Subscribe to our daily newsletter to keep in touch with the subjects shaping our future.
+Social+Newsletter
TopicsAbout UsContact Us
Copyright ©, Camden Media Inc All Rights Reserved. See our User Agreement, Privacy Policy and Data Use Policy. The material on this site may not be reproduced, distributed, transmitted, cached or otherwise used, except with prior written permission of Futurism. Articles may contain affiliate links which enable us to share in the revenue of any purchases made.
Fonts by Typekit and Monotype.