Move over Asteroids, Earth's Water May Have Come from...Dust? 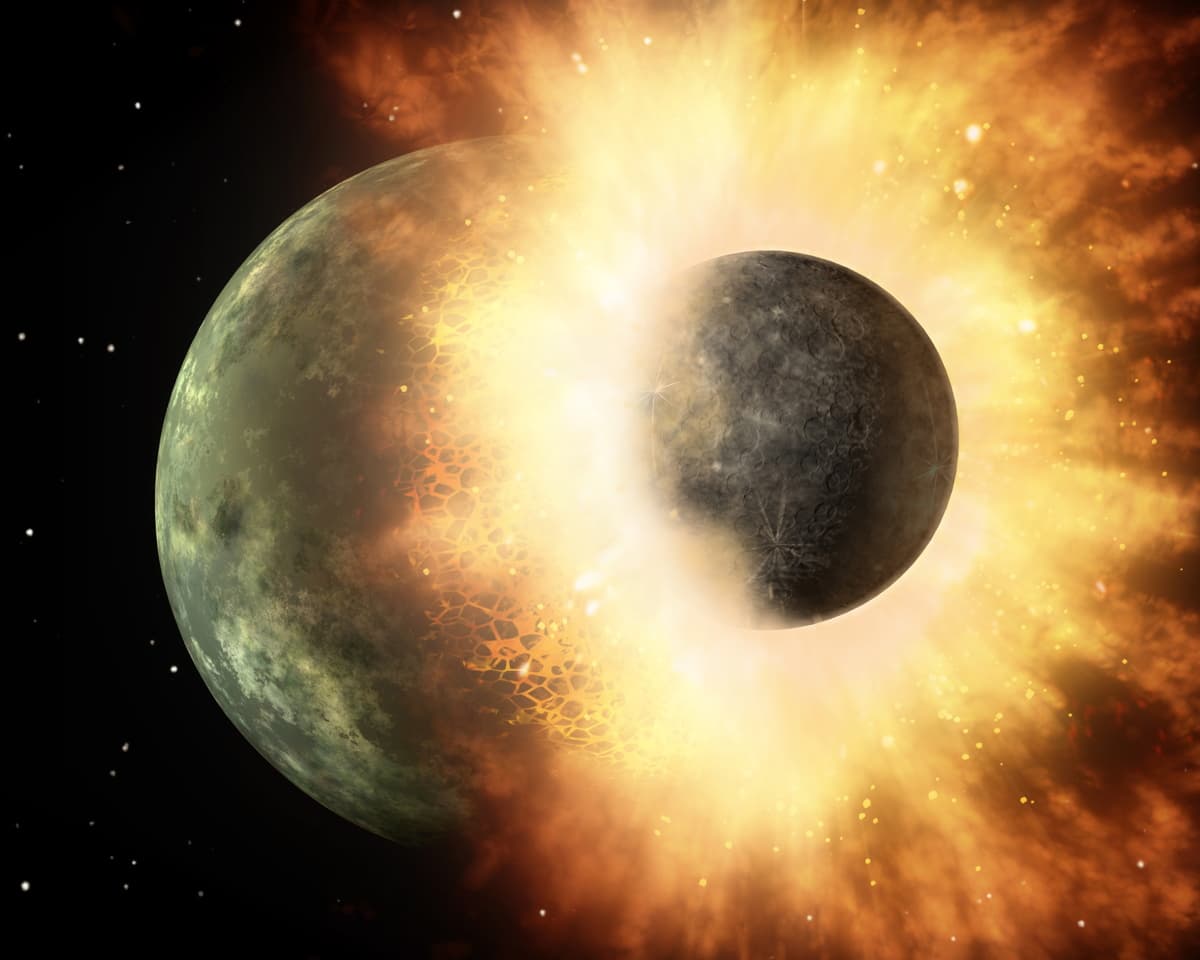 New research indicates that Earth's water may have come from, of all things, dust.

Liquid water covers a vast majority of our planet. In fact, some 70 percent of Earth’s surface is covered in water. And of course, we aren't talking about little streams, but vast blue oceans that are as deep as our mountains are tall. Water is also a fundamental part of the human body. It seems hard to believe, but we are a staggering 60 percent water—blood is 92 percent water, while the human brain and muscles are about 75 percent water.

Scientists have long debated how this water got here. One of the leading ideas is that comets and asteroids brought water to our planet shortly after it formed; however, a new paper published in Nature Geoscience suggests that a sizable portion of our water may have come from water-soaked dust particles that were, at one point, trapped deep inside our planet during its formation.

Breaking Down the Science

Many billions of years ago, Earth was smashed by a massive object known as Theia. This impact event is ultimately what led to the creation of the Moon. The scientists assert that, after the collision, our planet may have consumed all of the water that was flung out into space.

Rock samples that we have taken from the Moon show notable similarities to those that we find on Earth; however, there is one main difference: The rocks have no water. In fact, the rocks are severely lacking in volatile material, such as water, zinc, sodium and potassium.

Based on their calculations, the team asserts that these materials would have been close to the Earth shortly after the collision. This is important because, ever since its formation, our Moon has been steadily moving away from Earth. Currently, it moves away 4 centimeters (1.5 inches) each year. Yet, in the first few decades of the Moon's life, it would have moved much faster, and as it orbited out, the team asserts that it would have quickly lost the ability to accumulate water and other lighter materials left from the collision.

Instead, as the dust and gas that surrounded the planet interacted with the gravity of the Moon, those materials would have been flung back toward the planet, as opposed to falling onto the Moon.

Read This Next
Brands We Love
The New 'What if 100' Book Uses Real Science to Answer Wild Hypothetical Questions
Big Moon Vat Energy
Astronomers Propose Giant "Liquid Mirror" Telescope on the Moon
Moon Juice
There's One Big Problem With NASA's Moon Water Announcement
Better Start Digging
Harvard Study: We Shouldn't Rule Out Underground Life on the Moon and Mars
Brands We Love
Watch Thousands of Thought-Provoking Shows and Documentaries on Curiosity Stream
More on Hard Science
Total Drama Island
Wednesday on the byte
Journal Retracts Study on Room Temperature Superconductors
Tell Us How You R...
Tuesday on the byte
Former Particle Physicist Absolutely Annihilates the Field of Particle Physics
Long Live
Sep 25 on futurism
Giving Baby Mice This Drug Makes Them Live 10 Percent Longer
READ MORE STORIES ABOUT / Hard Science
Keep up.
Subscribe to our daily newsletter to keep in touch with the subjects shaping our future.
+Social+Newsletter
TopicsAbout UsContact Us
Copyright ©, Camden Media Inc All Rights Reserved. See our User Agreement, Privacy Policy and Data Use Policy. The material on this site may not be reproduced, distributed, transmitted, cached or otherwise used, except with prior written permission of Futurism. Articles may contain affiliate links which enable us to share in the revenue of any purchases made.
Fonts by Typekit and Monotype.