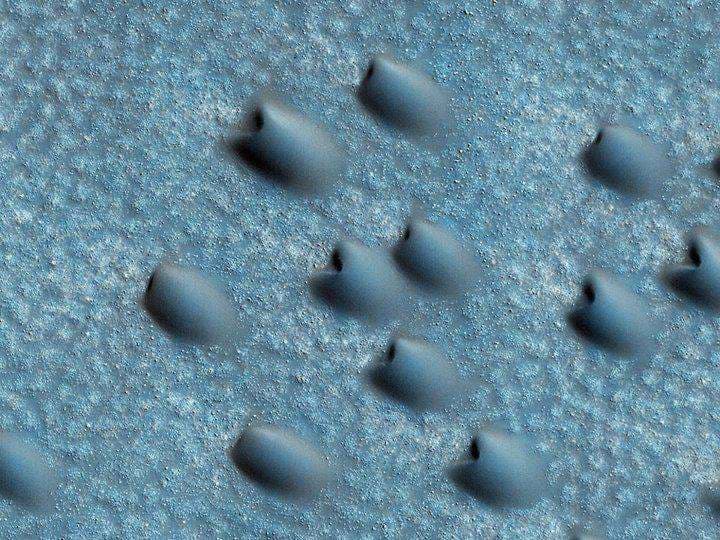 Many would describe this peculiar image as ‘otherworldly’, well, if you were one of those people; you’d be right. Here is yet another aerial picture of the red planet, taken by the Mars Reconnaissance Orbiter (MRO), specifically of some Martian sand dunes found near the North Pole (around 73 degrees latitude).

These particular dunes are about 100-meters wide and they literally move across the Martian surface. They are known as barchan (or barkhan) dunes, this same type of dune formation has also been observed on Earth. This type of dune traditionally forms in areas without an over-abundance of sand, areas that also are dominated by a single wind direction. The smooth tip of the dune points in the direction of the wind (in this case, the dunes are pointing towards the northwest).

Mars continues to surprise us; images like this go to show us that we have a lot of work ahead of us in our mission to explore our red friend. This also gives us yet another example that, whereas Mars might not be as geologically active as Earth, the planet is certainly not dead. Instead, Mars is very much alive.