Magnetic Putty Is Coming...FOR YOU 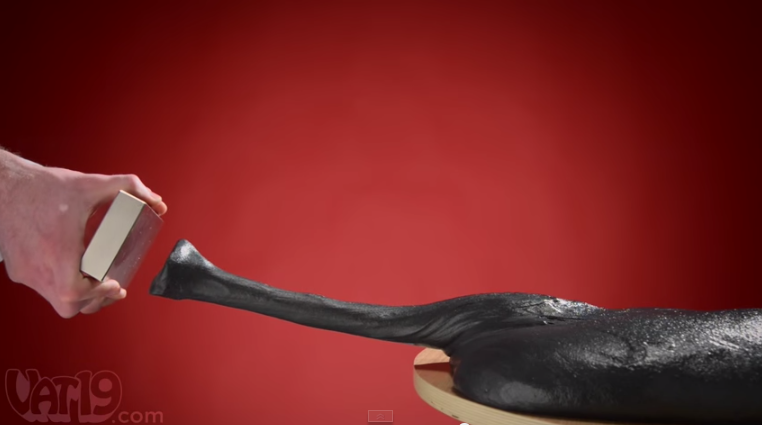 Magnetic putty looks a little creepy (seriously, it does. I can't be the only one thinking this), but it's pretty astounding stuff. Like any other putty, it can be stretched, bounced, molded, popped, and well, all the other stuff that regular putty does. However, when you take this putty and put it by a magnet, it does some pretty cool stuff.

In the presence of a magnetic field, it exhibits fascinating properties. This is because magnetic putty has millions of tiny micron-sized magnets are embedded in it. So you can use other magnets to control the putty like a snake charmer (like what you see in the image). Or "charge" the blob of putty so it can become a magnet of its own and pick up small tacks and paperclips.

You can get some of your own here.