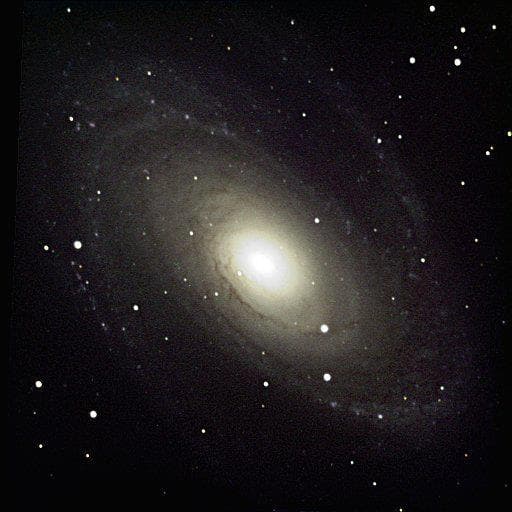 M81 (also known as NGC 3031 or Bodes Galaxy) is located approximately 12 million light-years from Earth in the constellation of Ursa Major, it is a spiral galaxy that is home to a large, active galactic nucleus that harbors a supermassive black hole that's more than 70 million solar masses.

M81 also harbors large areas that are undergoing rapid star formations, most of which, is taking place in the galaxy's spiral arms. In the arms lies thousands of hot, massive, metal-poor blue stars that burn brightly, but use up their supply of hydrogen in their core, causing them to explode in beautiful supernova explosions. The last supernova blast that was spotted from M81 was observed on Martch 28th of 1993 by an astronomer from Spain. This blast is a type IIb supernova and has been labeled SN 1993J.