Lost at an Airport? Spencer the Robot Can Help 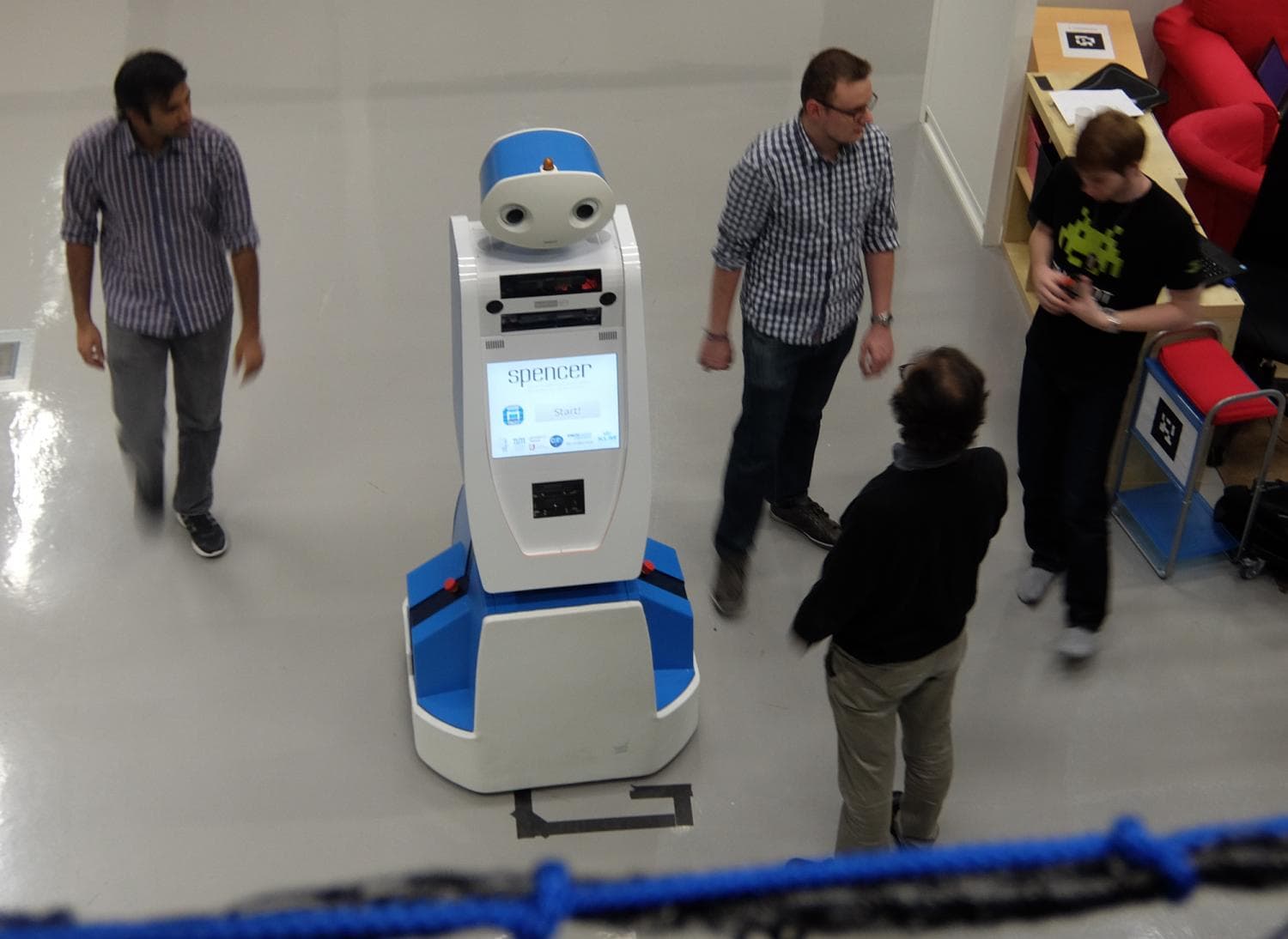 Passengers unaccustomed to navigating their way at the bustling Schipol International Airport in Amsterdam may seek the help of a robot guide who is programmed to do just that - help passengers find their way in the airport.

The robot in the "Spencer" project, funded by the European Commission in collaboration with researchers and businesses in five different countries, is set to face a one-week real world test starting on November 30, 2015. After that, adjustments will be made in preparation for the real test in March, which will take place in front of EU representatives together with VIP guests who will be attending the premiere run.

The robot, with its friendly but expressionless "face," will be guiding passengers from one gate to another.

Researchers from Örebro University in Sweden have equipped the robot with a prerequisite for navigation – maps. One of the more basic maps is one that involves fixed obstructions, such as walls, and the robot can survey its surroundings by measuring the distance to various obstructions using laser beams.

Achim Lilienthal, professor of computer science and project leader of Örebro University, said in the press release that navigation will still be tricky, as airports are notoriously chaotic places: "Navigating an airport is challenging, there is a lot of glass and a constantly changing environment in terms of temporary obstructions, such as parked luggage trolleys and people everywhere."

He adds: "Objects that are temporarily permanent, so to speak, are the most difficult to work around. We do not know, for instance, how long that luggage trolley will be parked in a particular spot, which makes it harder for the robot to determine its own location." At the present time, the team is working on a general map that allows the robot to handle these temporary objects.

All the theoretical components of the robot's capabilities will be combined into one system in the upcoming integration week, and one of the most important parts of this system will be, well, us.

The team is currently looking into is the robot's ability to understand human behaviour and act accordingly, such as navigating around a group of people rather than squeezing through, or seeing to it that the group it is guiding is keeping up.

"It is surprisingly difficult to fit all the pieces together. A small error somewhere along the line may take an unpredictably long time to discover and work out," explains Lilienthal.

Though the project is run by researchers, the robot guide idea came from Dutch airline KLM as a result of unwanted costs incurred when novice passengers missed their flights simply because they got lost.

Other hands-on application Lilienthal can see for the ariport robot is looking after passengers who have missed their flights and have a lot of time to kill before their next flight, in which case a robot can be updated with correct information more easily than a human. Also, it is able to communicate in several languages.

Read This Next
Poop Music
Genius Musicians Are Making Songs That Play When Children Yell "Poop" at Alexa
White Voice
Cursed Startup Using AI to Remove Call Center Workers' Accents
Death Becomes Her
AI Allows Dead Woman to Talk to People Who Showed Up at Her Funeral
He's Back
Fired Engineer Says He Begged Google to Test Whether Experimental AI Was Sentient
It's The Little Things
Lazy Scientists Botching Research With Machine Learning They Don't Understand
More on Artificial Intelligence
I Choose You!
Tuesday on the byte
Awesome But Nightmarish AI Turns Any Person Into a Pokémon
AI Artistry
Monday on the byte
AI Dreams Up What Your Fave Dead Celebs Would Look Like Today
Star Warring
Monday on the byte
James Earl Jones Now Letting Darth Vader Be Voiced by AI
READ MORE STORIES ABOUT / Artificial Intelligence
Keep up.
Subscribe to our daily newsletter to keep in touch with the subjects shaping our future.
+Social+Newsletter
TopicsAbout UsContact Us
Copyright ©, Camden Media Inc All Rights Reserved. See our User Agreement, Privacy Policy and Data Use Policy. The material on this site may not be reproduced, distributed, transmitted, cached or otherwise used, except with prior written permission of Futurism. Articles may contain affiliate links which enable us to share in the revenue of any purchases made.
Fonts by Typekit and Monotype.