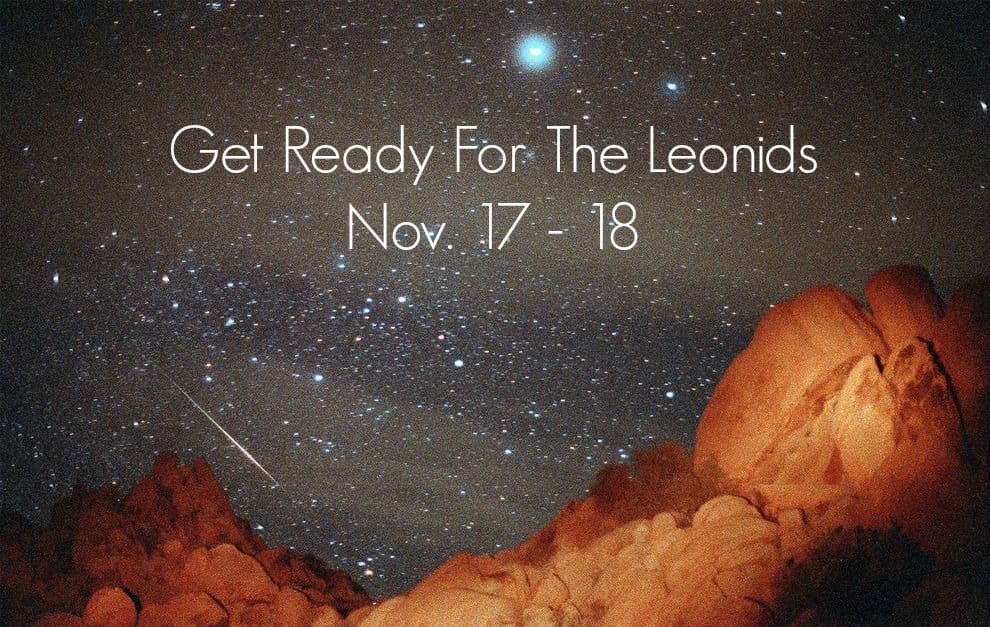 The Leonid Meteor Shower is headed our way, so make sure you venture outside tonight and take a look at the stars. It's hard to know what one should expect from tonight's shower, as scientists are still relatively new at meteor forecasting (as others have noted, in many ways, this kind of forecasting is still in its infancy). However, you should be able to see multiple meteors every hour, NASA estimates 20 to 30 an hour, but there is always a chance that you will witness a real storm of meteors.

The last big Leonid storm was in 2002, when over 3,000 meteors fell per hour. But that's nothing compared to what we saw during the 1833 shower. At this time, people were given a real show. It appeared as though the heavens were falling when, over the course of one night, we saw more than 72,000 shooting stars per hour. To clarify, we may see a few more meteors than anticipated, but you should not expect a show of such epic proportions.

Moreover, unfortunately, the Moon is going to be rather bright, which is not exactly ideal for viewing. But the shower will still be worth a gander, as you never know what you're going to get until you head outside.

The shower is going to happen tonight because Earth is currently plowing through the trail of debris that is left by comet Tempel-Tuttle as it swings about the Sun. The Leonids gets its name from the celestial lion i.e., they seem to radiate from the constellation Leo, the lion. During this time of the year, the constellation rises above the northeast horizon late in the evening.

Scientists say that the best views will be during the pre-dawn hours on Monday morning, November 17 (in all locations), so you will want to set your alarms for rather early. The peak of the shower is expected to be around 23 UTC, or 6 p.m. EST.That said, the Moon will be in the sky at this time, so it may be better just to say up all night. This way, you will catch the peak time and you won't have to worry about the Moon. NASA's webcast begins at 7:30 p.m. EST (0030 GMT) and will include a telescope view from the agency's Marshall Space Flight Center in Alabama.

We are expected to have good viewing tomorrow night (the morning of November 18th) as well.