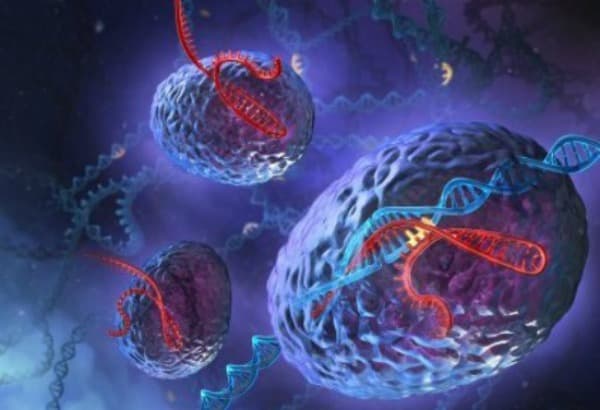 Light therapy is already used to treat T-cell lymphoma (a type of skin cancer), but now researchers at Washington University have published a study in Nature that describes using photons to eradicate tumors beneath the skin.

“In general, shining a light on photosensitive materials generates free radicals that are very toxic and induce cell death. But the technique has only worked well when light and oxygen can get there. The need for oxygen and the shallow penetration of light in tissue have limited advances in this area for decades.”  Said Samuel Achilefu, lead author for the cancer phototherapy study at Washington University.

But Achilefu's team found another way to expose the cancer: Nanotechnology.  Instead of shining a beam directly onto the problem areas, the novel treatment brings light via a nano delivery mechanism.  Notably, all the materials used in the delivery mechanism are already approved for use in cancer treatment.

The researchers had mice ingest sugar mixed with light-sensitive titanium dioxide nanoparticles, which when exposed to light produce the free radicals that obliterate cancer.  Cancerous tumors are hungry for energy-rich sugar, and once they consumed the sugar-coated nanoparticles they became targeted by light resulting from a reaction known as Cherenkov radiation.  The reaction is caused by another part of the consumed mixture: radioactive fluorine.  Once the radiation is set off, the photosensitizing agent in the nanoparticles is activated and the cancer is attacked by the ensuing free-radicals.

The results were incredible: Within fifteen days the tumors were eight times smaller.

Cherenkov radiation is already used commonly today by medical practitioners during positron emission topography (PET) scans that use fluorodeoxyglucose (FDG) to identify metastasizing cancer.  This makes the source of light for the proposed treatment available in hospitals around the world.

The researchers are planning on starting clinical trials as soon as possible, and they shouldn't face too much difficultly considering their materials are already approved for human use.