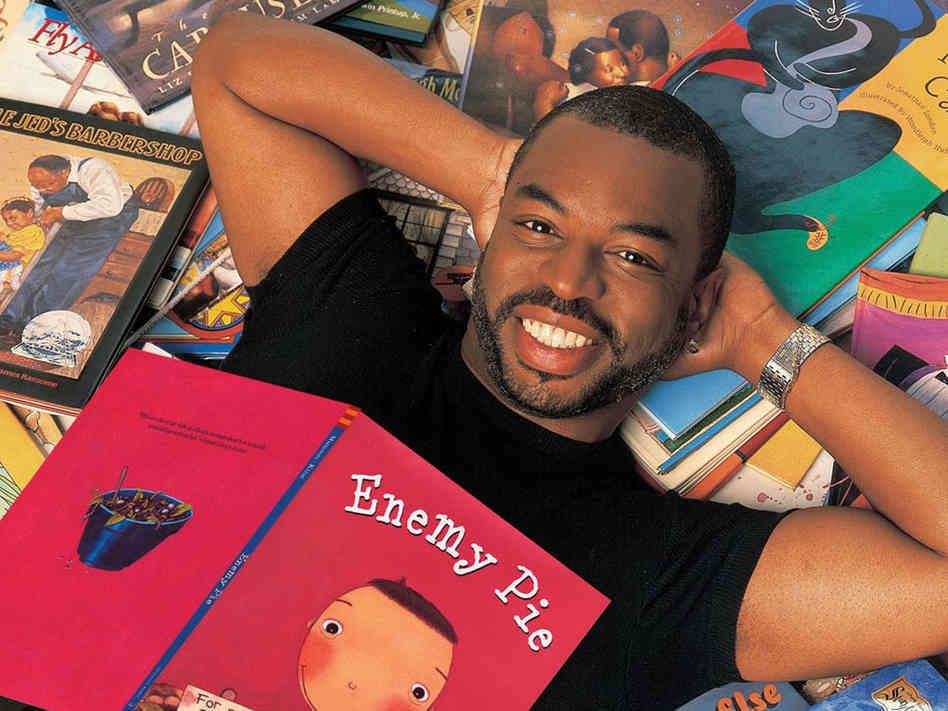 Exciting news from LeVar Burton: He wants to bring Reading Rainbow back to the people, and he needs our help to make it happen. Many know Burton as Kunta Kinte, from ROOTS, or as Geordi La Forge, from Star Trek: The Next Generation; however, one of his most iconic roles was as himself—as a lover of literature and education—from his 1983 series Reading Rainbow. This show helped ensure that an entire generation was literate, but more than that, the show showed children the power of imagination, the power of books.

Some might scoff at literature and tut-tut imagination as a waste of time; however, it is precisely this imagination that got us to the Moon, to Mars, and beyond the edge of our solar system. But to help convince the naysayers, numerous studies reveal that children who can't read at grade level by the 4th grade are 400% more likely to drop out of high school. And as of 2011, America was the only free-market country where the current generation was less well educated than the previous. We can't sit back and hope that other people will solve these problems. Through this Kickstarter project, Burton hopes to unite people in a common goal: Educating the future.

Reading Rainbow is a particularly worthy endeavor as it has a track record of success:

Of course, television may not have the power that it used to. The internet seems to be the key to the future. Burton knows that. Two years ago, he launched the Reading Rainbow App for tablets. Utilizing the same basic principles as the TV show, he put hundreds of quality books – and educational video field trips – right in a child’s hands. The App received numerous awards as the #1 educational app, and almost 15 million books have been read and videos have been watched so far.

So, why the Kickstarter? Burton explains it rather eloquently, "First, not all families have access to tablets. Our goal is to cultivate a love of reading in all children, not just those that have tablets. To reach kids everywhere, we need to be everywhere: we need to be on the web. Second, a resounding number of teachers have told me that they want Reading Rainbow in their classrooms, where they know it can make a difference. We will provide it, along with the tools that teachers need, including teacher guides, leveling, and dashboards. And in disadvantaged classrooms, we'll provide it for free."

"I think reading is part of the birthright of the human being," Burton said in a 2003 interview. "It's just such an integral part of the human experience — that connection with the written word." He's already well on his way, and you can get some awesome rewards for helping out. So head to the Kickstarter, and let's make this happen.