Hydroelectric Projects Are Displacing Indigenous Groups in the Amazon

"When they close the river, it will be like they are destroying our lives." 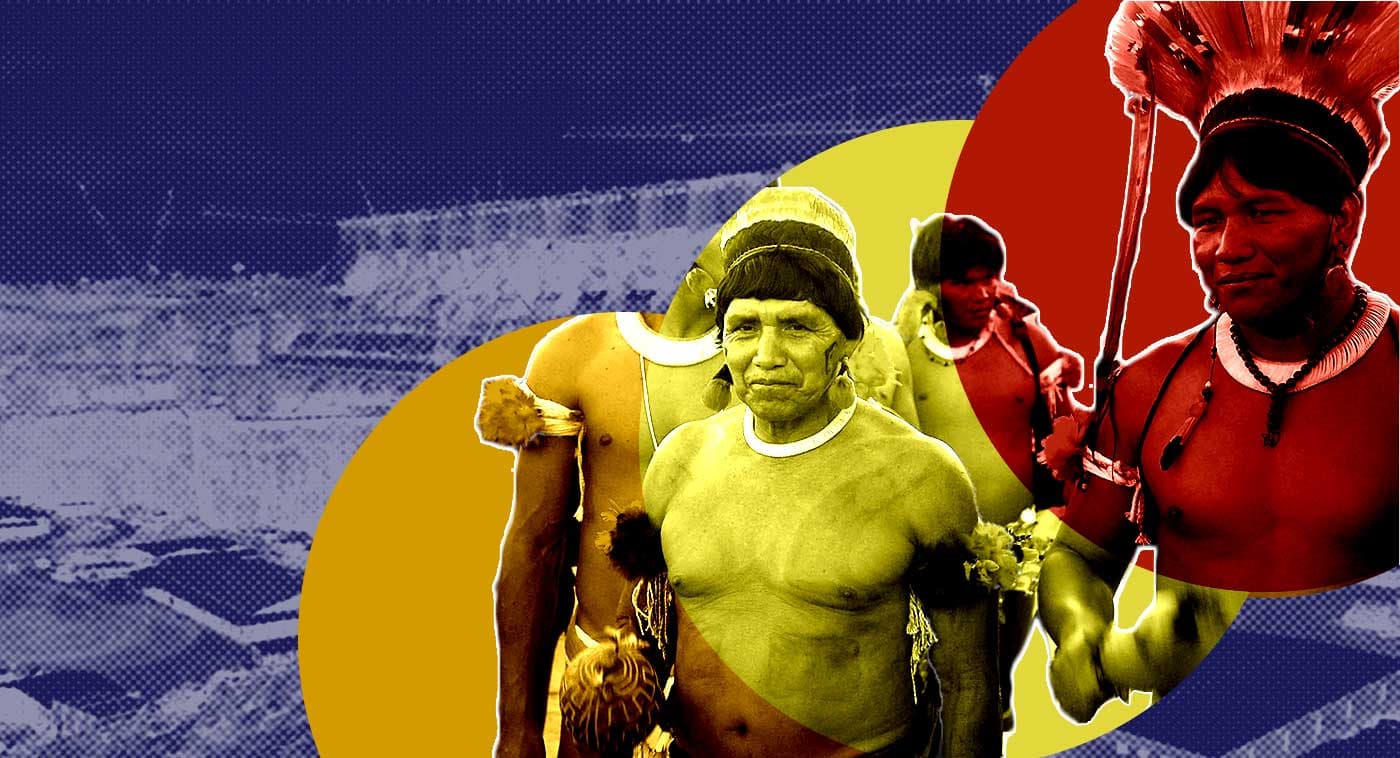 The High Cost of Power

In 2011, Norte Energia began constructing the Belo Monte Dam on Brazil's Xingu River, and when the group finishes in 2019, it will own the fourth largest hydroelectric dam complex in the world. It will also have contributed to a problem currently wreaking havoc on local human and animal populations in the Amazon region.

"When they close the river, it will be like they are destroying our lives."

For 30 years, the local community has fought off the construction of the Belo Monte Dam. While their methods have been controversial — bus burnings and hostage crises sometimes took the place of marches and lobbying efforts — for them, it was a life and death situation.

"When they close the river, it will be like they are destroying our lives," Giliarde Juruna, chief of a village in the Paquiçamba territory, told The Guardian in 2014. "We have always lived off the river. This region here is where we’ve lived – from our ancestors until today. The impact will be huge."

In 2011, Norte Energia responded to the backlash with a two-year-long attempt to buy off those who would be affected with widescreen TVs and four-wheel drive vehicles, according to The Guardian report.

"We cannot save the forest and live in the dark without TV. There is a conflict of interest here. We need balance. I think Belo Monte is a compromise," Jaimie Juraszek, construction superintendent of Norte Energia, told The Guardian at the time.

The Belo Monte Dam has already flooded large portions of the Amazon rainforest, irreversibly changing the lives of the people that once inhabited the area. Its construction forced many to move to some of the most poverty-stricken neighborhoods in Brazil, and it's far from unique in the region.

Hydropower development is booming in the Amazon right now, and Brazil currently generates more than 70 percent of its electricity via hydropower. That's a good thing, in terms of clean energy, but as those displaced by the Belo Monte Dam and others can attest, this development isn't without its downsides.

According to a new study of more than 300 dams and proposed dams for rivers in the area, the impact of these projects has been greatly underestimated, not only in terms of human populations, but biodiversity as well.

Freshwater fish are more diverse in this region than anywhere else on the planet, with estimates indicating the area is home to between 3,500 and 5,000 different species. Many are migratory, traveling thousands of miles down routes that are steadily being destroyed by construction.

As for the humans living in the region, many once supported themselves by catching and selling these fish. Decreased populations took away their livelihood. “I used to take 50kg [of fish] each night. Now I’m lucky to get 2kg,” Glio Alvas da Silva told The Guardian in 2014. He ended up having to take a job breaking rocks for the dam.

Seeing a country the size of Brazil generate so much clean energy is great. However, even renewables can have a negative effect on their surroundings if they aren't implemented in a conscientious manner. While it's true that we need to address humanity's impact on the environment, we can't forget our humanity while doing so.

Read This Next
It's Baaack!
Scientists Thought This Creature Was Extinct For 30 Years. Then It Returned.
Futurism
To Save the Earth, We Should Just Leave It Alone
Futurism
Losing Biodiversity Could Lead to "Extinction Cascades"
Futurism
Reversing Climate Change With Geoengineering Could Leave the Planet Worse Off
Futurism
World Food Supplies Threatened by Sixth Mass Extinction
More on Earth & Energy
Very Bad Idea
Yesterday on the byte
Gender Reveal Party Under Investigation for Polluting Entire River
Hurricane Party
Sep 30 on the byte
We Must Respect This Florida Man Ripping a Bong During an Actual Hurricane
Bridge to Nowhere
Sep 29 on the byte
Entire Islands Severed From Florida by Hurricane Ian
READ MORE STORIES ABOUT / Earth & Energy
Keep up.
Subscribe to our daily newsletter to keep in touch with the subjects shaping our future.
+Social+Newsletter
TopicsAbout UsContact Us
Copyright ©, Camden Media Inc All Rights Reserved. See our User Agreement, Privacy Policy and Data Use Policy. The material on this site may not be reproduced, distributed, transmitted, cached or otherwise used, except with prior written permission of Futurism. Articles may contain affiliate links which enable us to share in the revenue of any purchases made.
Fonts by Typekit and Monotype.