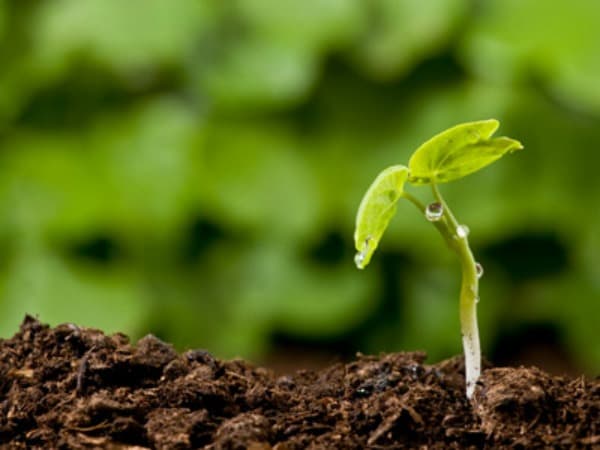 The consumption of fossil fuels, as we all know, isn't exactly a good thing for our planet. Fortunately, there are a number of scientists who are working to alter our course and change out dependence on fossil fuels. And it seems that they just had a major breakthrough.

A team of researchers at the University of California in Berkeley and Lawrence Berkeley National Laboratory just developed a system that captures carbon dioxide and turns it into chemicals that can be used to make a number of different products—plastics, drugs, and even better biofuel.

For most of us, talk of solar energy means the conversion of photons into electricity via a photovoltaic cell. But for this team, another, much older way of harnessing the power of the sun beckons: photosynthesis, natural life processes. Now, they have created a mechanism of duplicating the ancient process used by plants to turn photons into chemical, rather than electrical, energy by combining nanoscale materials with bacteria.

The system uses semiconducting nanowires made of silicon and titanium oxide to capture energy from sunlight and pass it directly to a strain of bacteria called Sporomusa ovata, which is embedded directly in the wires themselves. S. ovata is a type of bacteria known as an “electrotrophe.” Such bacteria are capable of taking in electrons directly and using the energy to fuel their internal processes. In the case of S. ovata, this serves to turn water and carbon dioxide into acetic acid.

The acetic acid is then delivered to genetically modified E. coli bacteria, which turn it into butanol and and other natural products.

Acetic acid is a common building block for biosynthesis. Butanol can serve as a biosynthesized fuel product, capable of powering unmodified gasoline engines when used at 85% strength. But the team also produced other precursor compounds, as varied as a component of anti-malarial drugs or a biodegradable plastic. The process is able to give a 26% yield of butanol (biofuel), 25% amorphadiene (base component for anti-malaria drugs) and 52% amounts of PHB (biodegradeable plastic).

They hope to be able to use the system to produce a wide array of potentially useful chemicals. Best of all, the system is just as efficient as natural photosynthesis for harvesting solar energy.

Although the synthesis of nanowires with bacteria has created the breakthrough with the current system, the ultimate goal is to create a system of artificial photosynthesis which is completely inorganic. The incorporation of the electrotrophes is a weak link; the bacteria, are relatively slow at processing the input elements compared to chemical catalysts. And even protected by their direct incorporation into the nanowire material, they eventually die off and render the material useless.

The Berkeley team isn’t the only group of California researchers making breakthroughs in artificial photosynthesis; a team at Caltech announced earlier this year that they had developed a new type of electrically conductive film which could lead to a photosynthetic process which can produce hydrogen gas. Their system does not incorporate bacteria but is also limited to the production of hydrogen and oxygen, rather than a variety of chemical precursors.[/vc_column_text][/vc_column][/vc_row][vc_row][vc_column width="1/1"][vc_raw_html]JTNDZGl2JTIwaWQlM0QlMjd0YWJvb2xhLWJlbG93LWFydGljbGUtdGh1bWJzLW1peCUyNyUzRSUzQyUyRmRpdiUzRSUwQSUzQ3NjcmlwdCUyMHR5cGUlM0QlMjJ0ZXh0JTJGamF2YXNjcmlwdCUyMiUzRSUwQXdpbmRvdy5fdGFib29sYSUyMCUzRCUyMHdpbmRvdy5fdGFib29sYSUyMCU3QyU3QyUyMCU1QiU1RCUzQiUwQV90YWJvb2xhLnB1c2glMjglN0Jtb2RlJTNBJTI3dGh1bWJzLTJyJTI3JTJDJTIwY29udGFpbmVyJTNBJTI3dGFib29sYS1iZWxvdy1hcnRpY2xlLXRodW1icy1taXglMjclMkMlMjBwbGFjZW1lbnQlM0ElMjdiZWxvdy1hcnRpY2xlLXRodW1icyUyNyUyQyUyMHRhcmdldF90eXBlJTNBJTI3bWl4JTI3JTdEJTI5JTNCJTBBJTNDJTJGc2NyaXB0JTNFJTBBJTBBJTNDc2NyaXB0JTNFJTBBd2luZG93Ll90YWJvb2xhJTIwJTNEJTIwd2luZG93Ll90YWJvb2xhJTIwJTdDJTdDJTIwJTVCJTVEJTNCJTBBX3RhYm9vbGEucHVzaCUyOCU3QmFydGljbGUlM0ElMjdhdXRvJTI3JTdEJTI5JTNCJTIwJTBBX3RhYm9vbGEucHVzaCUyOCU3QmZsdXNoJTNBdHJ1ZSU3RCUyOSUzQiUwQSUzQyUyRnNjcmlwdCUzRSUwQQ==[/vc_raw_html][/vc_column][/vc_row]