Glimpse: How An Army of Resurrected Mammoths Could Curb Global Warming

Genetic engineering isn't known for its ability to scale. 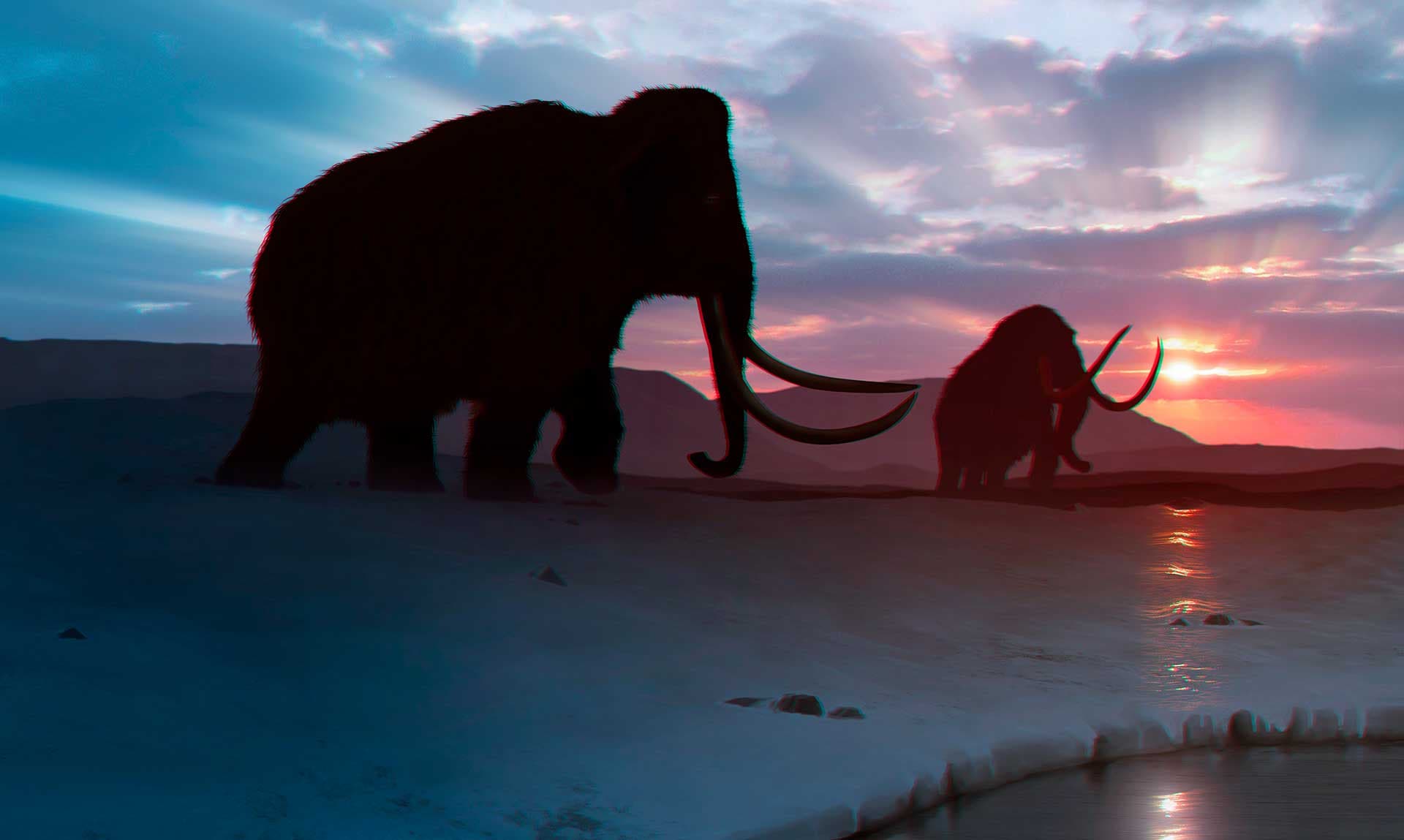 It’s 12,000 B.C. Modern humans are starting to migrate to the Americas for the first time. We won’t discover farming for another 2,000 years. We won’t build cities for another 9,000 years. As a species, our story is just beginning. In Siberia, another’s is coming to an end.

The mammoth steppe, one of the world’s most expansive ecosystems, is on the brink of collapse. For millennia, these arctic grasslands have played host to a variety of enormous plant-eating mammals, most notably the wooly mammoth. As a keystone species, the mammoths had long ensured environmental harmony. They kept the trees from multiplying, which allowed grass to grow in its place, sustaining all of the animals in the steppe.

But then, around 12,000 B.C., that changed. Rising global temperatures (a product of a receding ice age) and human activity rapidly drove down the populations of mammoths, triggering a domino effect that transformed the Siberian landscape. Trees, bushes, and shrubs proliferated in the mammoths’ absence, choking out the grasses that once sustained life there. As a result, the permafrost slowly began to thaw, releasing potent greenhouse gases that sped up global warming.

Now, 14,000 years later, scientists are faced with record-breaking global temperatures of humans’ own doing. And they’re realizing how valuable that ice age ecosystem was, and that we may be able to bring it back.

This possibility is explored in Sebastian Moller, the third episode of Glimpse, a new original sci-fi series from Futurism Studios (a division of Futurism LLC) and DUST. Watch the episode below.

Famed geneticist George Church has made bringing back the ice age ecosystem his mission. In 2015, he and a team Harvard researchers successfully spliced the DNA of a wooly mammoth into the genome of its closest living relative, the Asian Elephant. They chose 14 of the mammoth’s most recognizable genes for the experiment, activating them for the first time since their extinction. It was a watershed moment — scientists finally had all the tools they needed to bring an extinct animal back from the dead.

That’s the good news. The bad news, as Church well knows, is that bringing one mammoth back isn’t the same as bringing the species back. To restore the mammoth steppe to its Pleistocene glory, he estimates that we’ll need 80,000 mammoths. At least.

Making pretty much anything in such high numbers is daunting. But an enormous, extinct organism? Even harder. Genetic engineering isn’t exactly known for its ability to scale.

Current de-extinction proposals rely on surrogate mothers from living species to bear the resurrected organisms. The shorter the evolutionary distance — that is, the number of genetic differences — between the extinct species and the surrogate species, the better. That makes the Asian Elephant a perfect candidate to carry mammoth babies — there are only 44 differences between them. Unfortunately, the elephants are also endangered.

“If we want to have 80,000 wooly mammoths or cold-resistant elephants that satisfy the wooly mammoth range at once, there aren’t enough mothers that you have access to, even it all relevant governments say, ‘This is a good thing.’” George explained in a recent interview on the After On podcast with Rob Reid.

He estimates there are only about 17,000 Asian Elephant females in prime reproductive health left on earth. That’s barely enough to keep their own species going, especially since the species reproduces slowly (it takes 22 months of gestation for a baby elephant to be born). Using them to bring an extinct species back? A tough sell. African Elephants could be used, too, but you’ll eventually run into the same problem.

The only viable solution, Church posits, is “full development outside the body with adequate blood supply and nutrients.” He’s talking about growing baby mammoths in artificial wombs. No scientist has ever accomplished that for a species that gives birth to live young (that is, not in an egg). But Church and his team are already making a lot of progress with mice, and plan to release the results of those studies this year.

“We’re getting better at turning stem cells into embryo-like structures. We’re getting better at turning embryos into support structures that are vascularized. Mice can implant into that,” he told Reid.  “Once that’s working well for mice, we’ll try moving into larger animals.” Church believes the first success for a mammoth will happen within a decade.

Even if he has all the organisms and technology he needs to accomplish his mission, Church will still run into opposition from ethicists. They’ll argue, among other things, that we should focus our limited resources on protecting species we still have with us. But Church and others like him believe the rewards of such a feat make it worth the struggle — and cost.

Read This Next
Software Savvy
Glimpse: How Visual Effects Artists Bring the Future to the Big Screen
Dystopia Today
Glimpse: Utopian Fiction Could Help Us Unlock the Bright Future We Never Imagined
AR's Dark Side
Glimpse: Truly Useful Augmented Reality is Coming. We’re Not Ready.
Futurism
Glimpse: Virtual Reality For The Masses Might Solve The Problems Social Media Started
Forever friend
Glimpse: Man’s Best Friend, Forever? We May Love Robot Dogs As Much As the Real Thing
More on Sci-Fi Visions
From Our Partners
Yesterday on futurism
Master Machine Learning With This AI Training Package
From Our Partners
Sep 18 on futurism
Boost Your Dog’s Well Being With This DNA Kit And Bundle Of Training Classes
Brands We Love
Sep 17 on futurism
These Sea Salted CBD Caramels Are the Delicious Way to Help Relieve Stress
READ MORE STORIES ABOUT / Sci-Fi Visions
Keep up.
Subscribe to our daily newsletter to keep in touch with the subjects shaping our future.