Geminids Meteor Shower: When and Where to Watch This Weekend 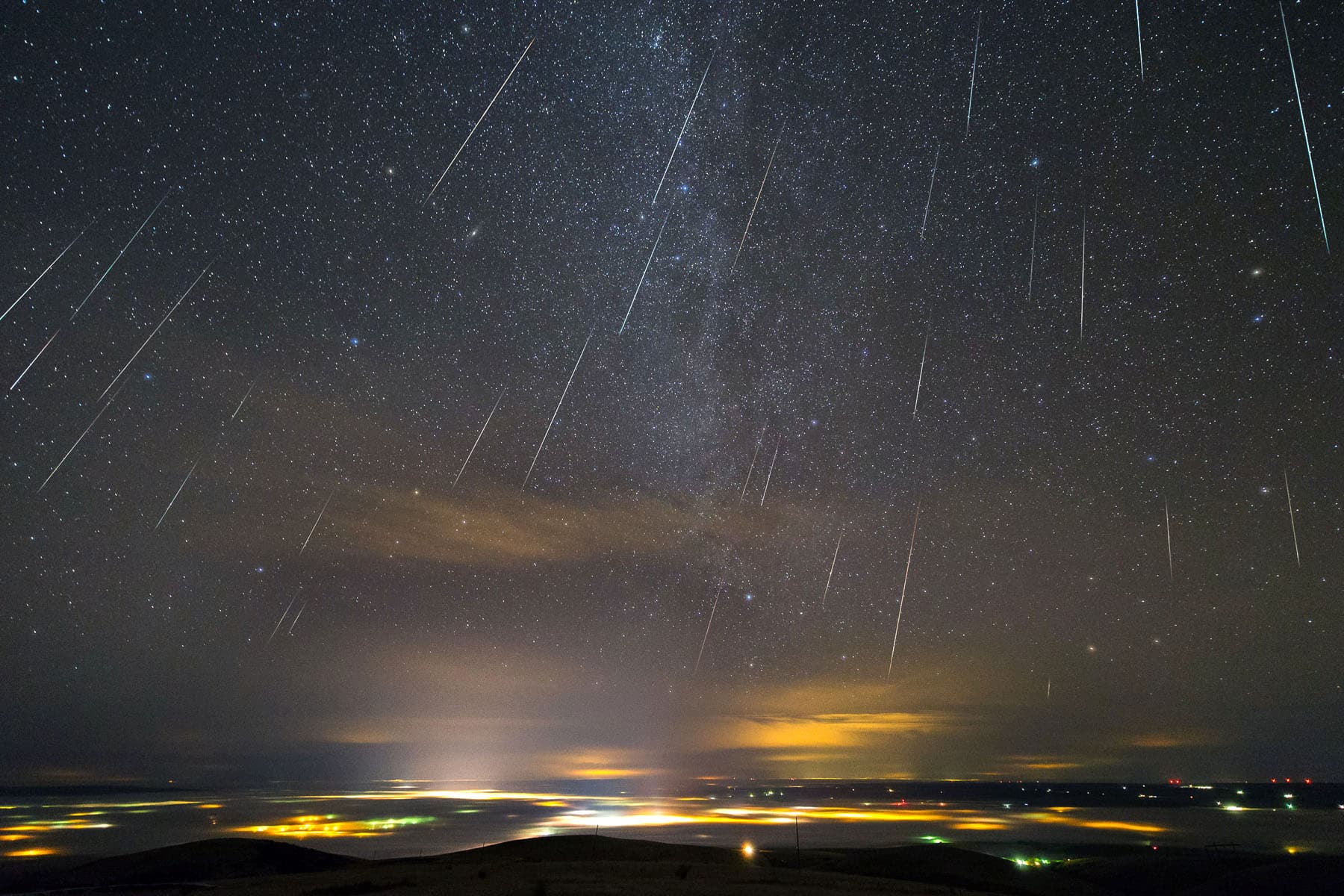 The Geminids are on their way this weekend, so get ready for a stellar display (literally). This meteor shower is going to be appearing this Saturday (December 13th); however, both Saturday and Sunday night are expected to be equally good for viewing. In order to see the show, you will want to head outside around 8 p.m.

Some estimates say that this will, without a doubt, be the show of the year. "Of all the debris streams Earth passes through every year, the Geminids' is by far the most massive," says NASA astronomer Bill Cooke. "When we add up the amount of dust in the Geminid stream, it outweighs other streams by factors of 5 to 500." Sources assert that there will be some 120 meteors that you can see each hour (provided that you have a clear, dark sky); however, the more cautious estimates put the figure around 50.

The difference in the numbers may seem a little extreme; however, we don't want to over sell things. Though the Gemindis have been steadily increasing in recent years, and it is now stronger than every other meteor shower (according to debris stream), determining exactly what to expect from such an event is no easy task. Ultimately, meteor shower forecasting is still in its infancy, so don't be to shocked if the numbers vary (remember, you never know exactly what you're going to get).

Normally, a meteor shower's biggest adversary is the Moon. Because our satellite is so bright, it often out shines many meteors. This weekend we are going to have a third quarter Moon rise around 12 a.m. on Saturday and 1 a.m. on Sunday. Ordinarily, this would be a rather bad thing. However, the Geminids are going to be making their appearance before the Moon shows up , so you shouldn't have any interference.

When you head outside, you will want to look to the East.

Most of the meteor showers that we are familiar with come from comets. As these icy bodies travel about the solar system, they leave a long tail in their wake. This tail becomes larger as the comet nears the Sun and its melting increases Eventually, as the comet swings by Earth, the tail intersects with our orbit, and the tiny bits of dust (sand and gravel-sized bits of rock) liberated from vaporizing ice plummet into our atmosphere. And as they pass through our skies, they create an amazing, fiery display. It's amazing to think that such small pieces of debris can cause such a stunning event.

And the Geminids are a really special kind of breed.

Every year in mid-December, Earth doesn't cross a comet—it crosses an asteroid. 3200 Phaethon is  a 3.2 mile diameter (5.1 km) asteroid that swings in close to the Sun (coming within 13 million miles/ 20.9 million km) every 1.4 years. For a long time, there wasn't anything terribly unique about our experiences with this asteroid. However, things changed in 2009, when Phaethon brightened by a factor of two. This trend continued in 2010 and 2012. Apparently the intense heat solar heating fractured the surface (or perhaps heated rocks to the point of desiccation), creating enough dust to form temporary tails like a comet.

So while it looks like an asteroid most of the time, Phaethon may really be a comet that’s still occasionally active.