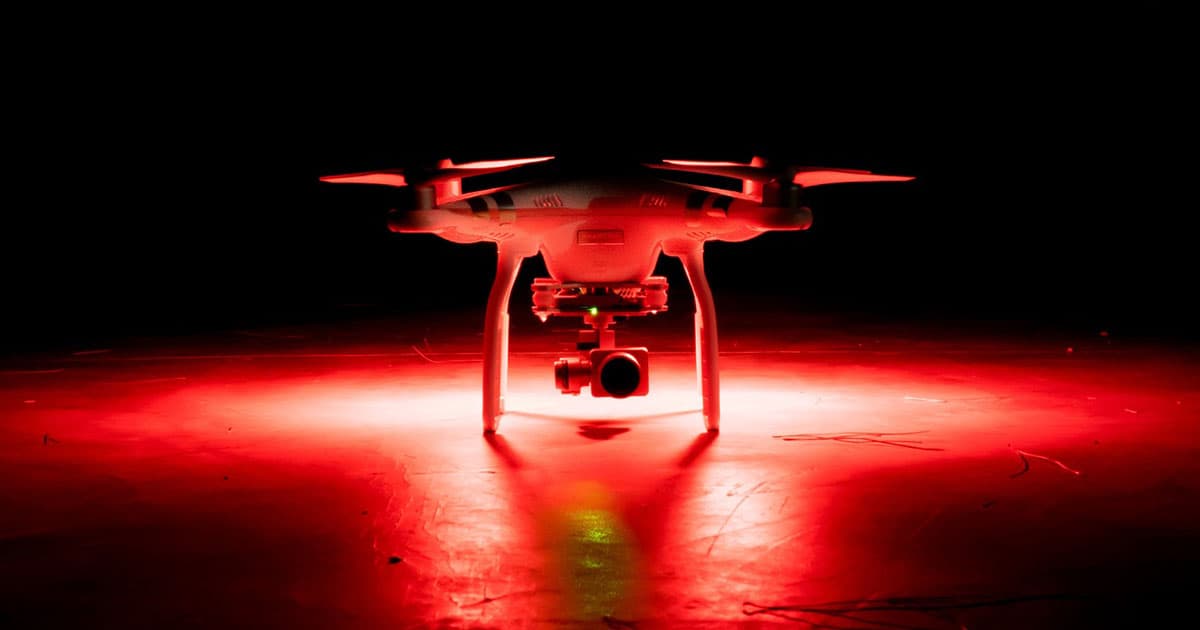 Drones are poised to become a lot more annoying.

The Federal Aviation Administration (FAA), which is responsible for regulating drones, proposed a new set of rules for drone flights on Monday that would allow for nighttime flights and flights in populated areas without requiring a special permit. In short, the populated areas of the future could pick up a constant, cicada-like buzz from the whine of drone rotors.

Under the new rules, registered drone operators would be able to fly their drones at night or overhead in crowded areas as long as they passed relevant training programs and tests and equip their drones with lights, explained Elaine Chao, the U.S. Secretary of Transportation, at an annual meeting for the Department of Transportation on Monday.

“At long last, the department is ready to issue for comment a proposed new rule that would allow drones to fly overnight and over people without waivers, if certain conditions are met,” said Chao.

The American Government’s plan to relax restrictions on drone flight comes at an odd time, the MIT Technology Review reports, as the U.K. is now working to tighten its own drone rules after an unauthorized drone’s presence shut down London’s Gatwick Airport.

The newly-proposed U.K. regulations would give police additional powers to seize and search drones as well as to demand paperwork from drone operators, who would have to register with the government by November 2019.

If the FAA’s new rules are enacted, drones could become a lot more ubiquitous, especially in cities that have for the most part remained blissfully drone-free.

On one hand, that means more freedom for hobbyists and businesses to explore potential new ways to use the technology. But it also means that we’ll have to endure much more of that annoying tell-tale buzzing noise as more drones zip around our cities.

READ MORE: A relaxation of US rules will let drones fly at night and over people [MIT Technology Review]

More on drones: Rich People are Protecting Their Homes With Surveillance Drones

Read This Next
FROM THE SHAMELESS COMMERCE DIVISION!
Best Drones for Kids in 2022
FROM THE DEPT. OF THINGS TO BUY
Best Drones of 2022
Diner Drama
People Furious at Robot Serving Pancakes at Denny’s
Killer Robot Update
Uh Oh, They Strapped a Sniper Rifle to a Robot Dog
Bleep Bloop
Scientists Build “First Living Robots” From Frog Stem Cells
More on Robots & Machines
FROM THE DEPT. OF...
7:00 PM on futurism
Best 55-Inch TVs in 2022
FROM THE DEPT. OF...
3:00 PM on futurism
Deal: Get Up to 6 Months of Apple Services Totally Free
FROM THE DEPT. OF...
Yesterday on futurism
Best Father’s Day Gifts of 2022
READ MORE STORIES ABOUT / Robots & Machines
Keep up.
Subscribe to our daily newsletter to keep in touch with the subjects shaping our future.
+Social+Newsletter
TopicsAbout UsContact Us
Copyright ©, Camden Media Inc All Rights Reserved. See our User Agreement, Privacy Policy and Data Use Policy. The material on this site may not be reproduced, distributed, transmitted, cached or otherwise used, except with prior written permission of Futurism. Fonts by Typekit and Monotype.