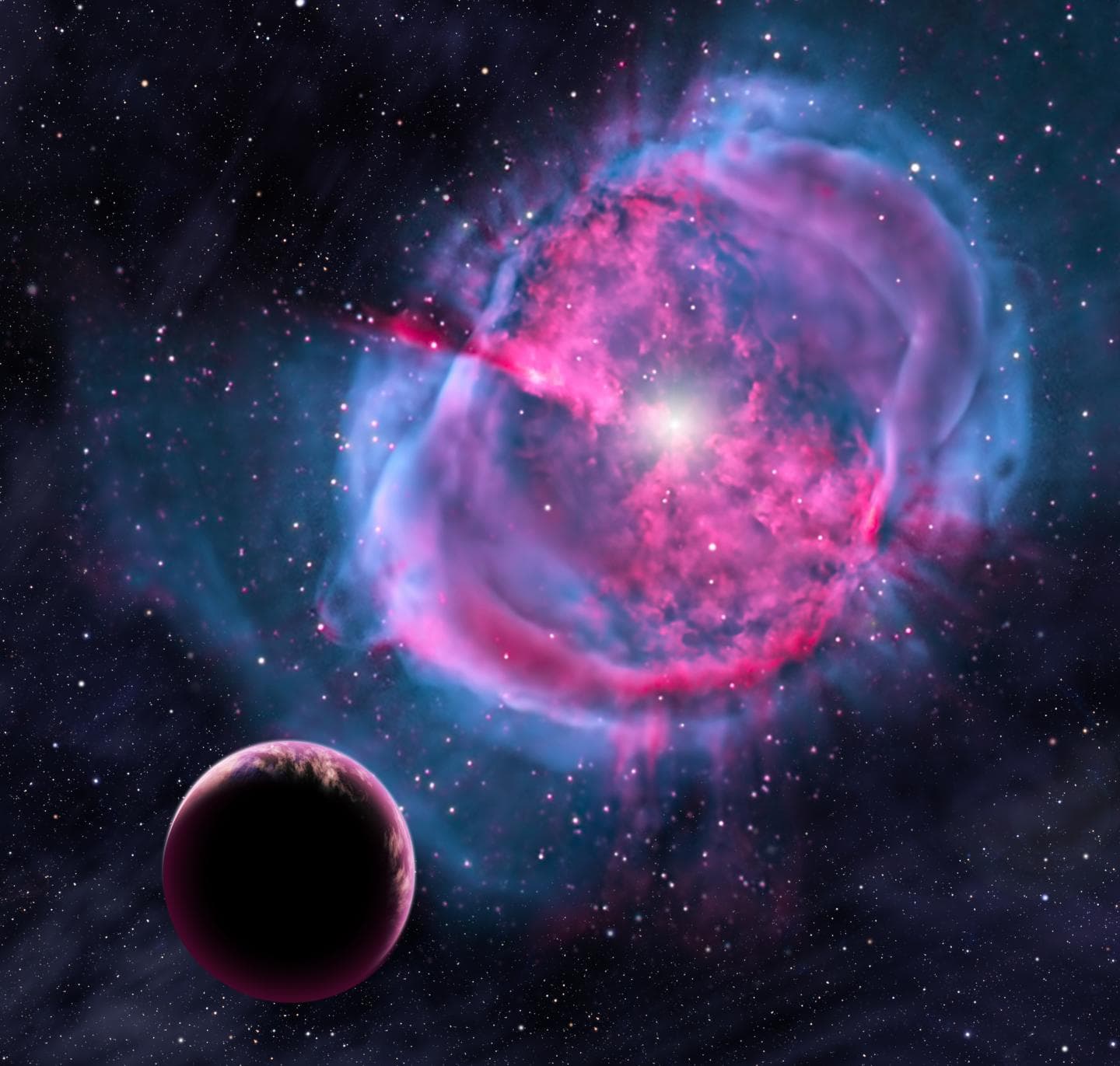 Astronomers announced today that they have found eight new planets in the Goldilocks zone of their stars, orbiting at a distance where liquid water can exist on the planet's surface. This doubles the number of small planets (less than twice the diameter of Earth) believed to be in the habitable zone of their parent stars. Among these eight, the team identified two that are the most similar to Earth of any known exoplanets to date.

"Most of these planets have a good chance of being rocky, like Earth," says lead author Guillermo Torres of the Harvard-Smithsonian Center for Astrophysics (CfA).

These findings were announced today in a press conference at a meeting of the American Astronomical Society. The two most Earth-like planets of the group are Kepler-438b and Kepler-442b. Both orbit red dwarf stars that are smaller and cooler than our Sun. Kepler-438b circles its star every 35 days, while Kepler-442b completes one orbit every 112 days.

With a diameter just 12 percent bigger than Earth, Kepler-438b has a 70-percent chance of being rocky, according to the team's calculations. Kepler-442b is about one-third larger than Earth, but still has a 60-percent chance of being rocky. To be in the habitable zone, an exoplanet must receive about as much sunlight as Earth. Too much, and any water would boil away as steam. Too little, and water will freeze solid.

"For our calculations we chose to adopt the broadest possible limits that can plausibly lead to suitable conditions for life," says Torres.

"We don't know for sure whether any of the planets in our sample are truly habitable," explains second author David Kipping of the CfA. "All we can say is that they're promising candidates."

The team studied planetary candidates first identified by NASA's Kepler mission. All of the planets were too small to confirm by measuring their masses. Instead, the team validated them by using a computer program called BLENDER to determine that they are statistically likely to be planets. BLENDER was developed by Torres and colleague Francois Fressin, and runs on the Pleaides supercomputer at NASA Ames. This is the same method that has been used previously to validate some of Kepler's most iconic finds, including the first two Earth-size planets around a Sun-like star and the first exoplanet smaller than Mercury.

After the BLENDER analysis, the team spent another year gathering follow-up observations in the form of high-resolution spectroscopy, adaptive optics imaging, and speckle interferometry to thoroughly characterize the systems.

Those follow-up observations also revealed that four of the newly validated planets are in multiple-star systems. However, the companion stars are distant and don't significantly influence the planets.

As with many Kepler discoveries, the newly found planets are distant enough to make additional observations challenging. Kepler-438b is located 470 light-years from Earth while the more distant Kepler-442b is 1,100 light-years away.

(From the Harvard-Smithsonian Center for Astrophysics)