Did This Meteorite Originate on Mercury? 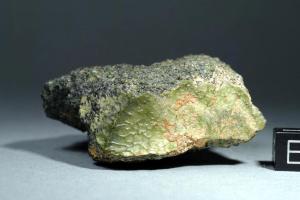 According to Anthony Irving, it’s certainly a possibility. The meteorite was found in Morocco last year and is designated NWA 7325. Irving unveiled his newest findings at the 44th annual Lunar and Planetary Science Conference, which took place in The Woodlands, Texas earlier this month. He claims the meteorite did not originate from either an asteroid nor Mars and claims it came from our solar system’s innermost planet.

NWA 7325 is a member of a group of 35 meteorites discovered in Morocco in 2012. These are some of the oldest rocks ever recovered with ages dating back nearly 4.56 billion years. Irving, who has studied meteorites for many years, claims this rock is unlike one he’s seen before. He goes on to say, “It might be a sample from Mercury, or it might be a sample from a body smaller than Mercury but [which] is like Mercury.” 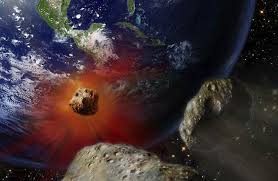 Scientists are able to determine where meteorites originate by chemical markers seen in each sample. Martian meteorites, some of the easiest to distinguish, have markers from the Martian atmosphere solidified within the rock. Likewise, samples from other regions of the solar system (such as Vesta) are chemically distinct indicating their point of origin. NWA 7325, on the other hand, doesn’t fit the profile of any rock scientists’ have documented thus far.

The rock also appears as if it interacted with flowing magma at some point in its history. In addition, NWA 7325 is weaker magnetically than anything we’ve seen thus far. This is the main flag that points to Mercury as a point of origin, since the magnetism of the rock resembles data collected by NASA’s MESSENGER mission.

Moreover, MESSENGER took measurements of Mercury’s geological and chemical makeup. One of the most distinctive factors seen here is Mercury’s low iron composition. Want to guess what else has low iron? That’s right, NWA 7325.

It’s certainly possible that the meteorite came from Mercury; it definitely came from a Mercury-like body. As MESSENGER continues to gather data, it will help to validate or invalidate the idea that this space rock came from the solar system’s innermost body.