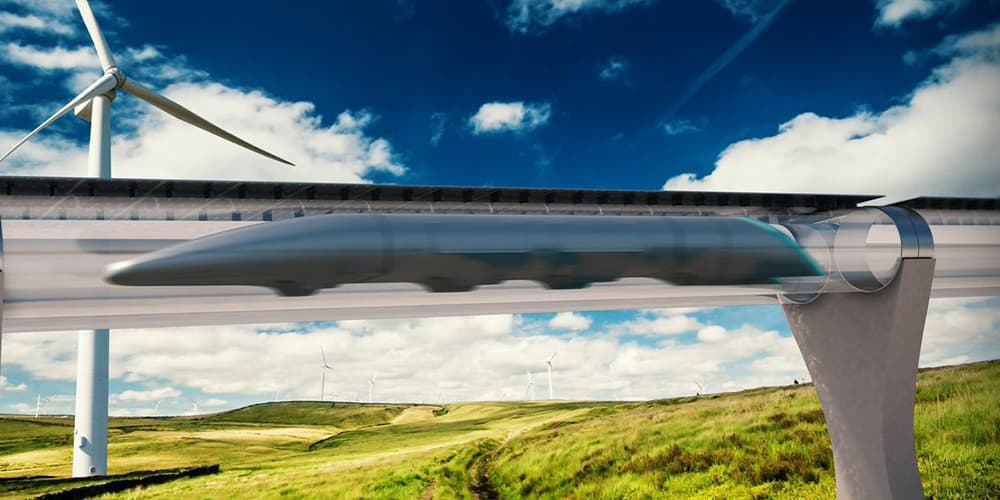 The Hyperloop is here! Well, it's nearly here. Recently, it was announced that hyperloop construction will occur next year (2016) with the first full-scale track. The announcement comes from Hyperloop Transportation Technologies, which stated that they plan to construct a 5 mile (8 km) track in central California. So although the track won't whisk you from New York to the other side of the country (or the globe) in a couple of hours, it is a pretty neat  urban hyperloop system for local residents.

It's about time that we took this revolutionary transit system out of the realm of fantasy and made it into a reality—that we turned this science fiction into a scientific reality.

Elon Musk was the first to propose the hyperloop. In Musk’s design, hyperloop pods would be mounted on top of thin skis, and air would be the key to the whole system. Air would be pumped into the skis in order to make a kind of "air cushion." This would allow the system to travel without any friction. An electric turbo compressor would be responsible for taking air from the front and routing it to the skis. There would also be “reboosting motors” along the route, which would keep the pod moving at just below the speed of sound (which is 761 mph/1,225 kmh).

However, traveling that fast when you only have 5 miles of track would be a terrible idea. As such, the speed will be (greatly) reduced on the shortened track and not at all near the hyperloop's full potential; however, just like the real-deal, it will be using magnets and fans to push passenger pods through five miles of depressurized tubes.

The track is set to be placed in Quay Valley, which is a planned, futuristic community that is to be built on some  7,500 acres of land along Interstate 5 (which is midway between San Francisco and Los Angeles).

According to the Quay Valley website, "Quay Valley will be a model town for the 21st century, a self-sustaining community....the community is to operate on 100 percent solar power and set 'new standards' in self-sufficient energy use, water conservation, resource reuse and environmental responsibility, a 'global showcase' for sustainable energy, conservation, pollution reduction and a higher quality of life."

Quay Hays, the master developer of Quay Valley, stated in the press announcement that the hyperloop was "the ideal clean community transit system for Quay Valley." According to the recent hyperloop announcement, the system could allow a capsule with 28 people to travel through the tube with a low pressure environment of 100pa. This would be, "similar to an airplane in very high altitudes but on the ground," said the company.

But of course, it comes with many problems. As Marco Villa, former President of the American Society of Civil Engineers, notes, “Is it easy? Absolutely not. It’s challenging in a very large way, because it’s a project that involves every single discipline in engineering, every single discipline in finance, and every single discipline in politics.” There is, for example, all the run-around that would be required to get permits in order to implement the technology. For the full size track, there would also need to be increased security measures, which hasn't been factored into the design.

But all the same,  this is a notable baby-step.