DARPA Creates The Fastest Chip In The World 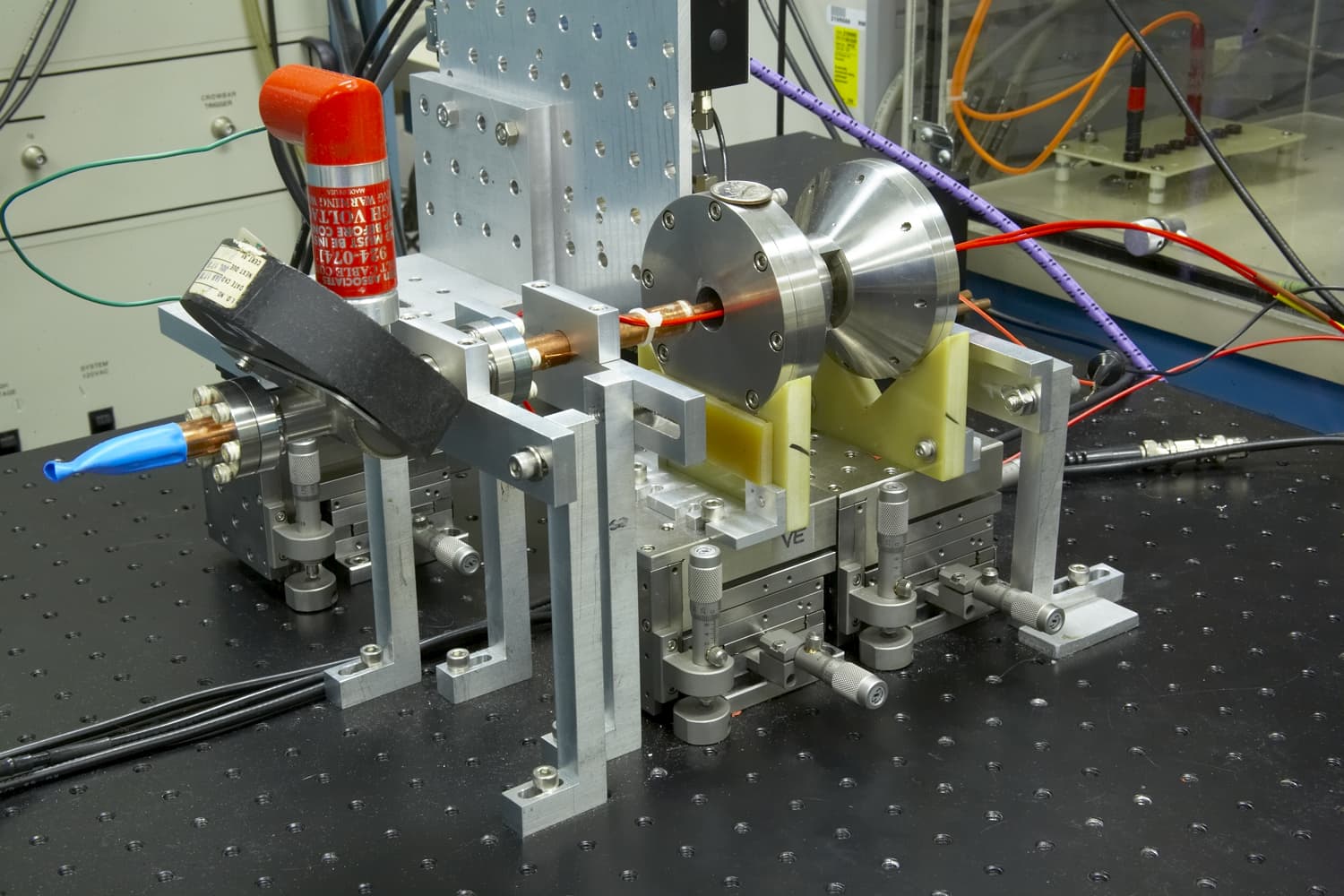 DARPA's boffins have just set a new world record in computing with a solid-state integrated circuit that packs the power of a supercomputer into a single chip. You thought your six-core, 3.9 Ghz Mac Pro was a computational powerhouse? This single chip is around 250 times as fast.

The record-setting chip, dubbed the Terahertz Monolithic Integrated Circuit (TMI), is the handiwork of Northrop Grumman as part of DARPA's Terahertz Electronics program. The TMI's overwhelming speed cannot be understated. It blew the doors off the existing 850 GHz record, set in 2012, by a cool 150 billion cycles per second.

While the chip itself is runs at Ludicrous Speed, researchers have for years struggled to find a way to control that power. As the DARPA press release explains:

Current electronics using solid-state technologies have largely been unable to access the sub-millimeter band of the electromagnetic spectrum due to insufficient transistor performance. To address the "terahertz gap," engineers have traditionally used frequency conversion-converting alternating current at one frequency to alternating current at another frequency-to multiply circuit operating frequencies up from millimeter-wave frequencies. This approach, however, restricts the output power of electrical devices and adversely affects signal-to-noise ratio. Frequency conversion also increases device size, weight and power supply requirements.

But that's where the TMI's amplification comes in. The system has exhibited gain levels (the difference between input and output signals, measured on the logarithmic scale) of 6 decibels at 1THz, which according to Dev Palmer, DARPA program manager, is strong enough to begin seriously researching real-world applications.

"This breakthrough could lead to revolutionary technologies such as high-resolution security imaging systems, improved collision-avoidance radar, communications networks with many times the capacity of current systems and spectrometers that could detect potentially dangerous chemicals and explosives with much greater sensitivity," said Palmer said in a press release .

There's no word, however, on where or when the technology will actually make its first appearance, but don't expect this to be showing up in keynotes anytime soon. [ DARPA]