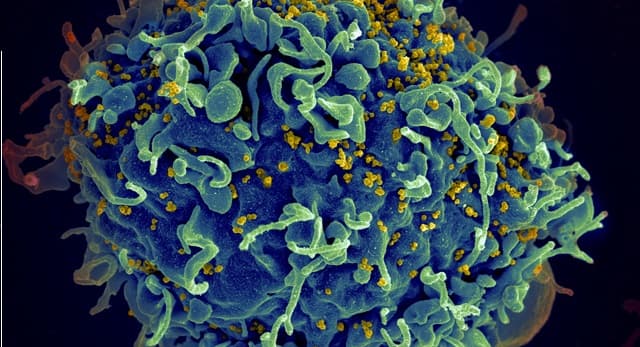 Thirty years ago, HIV was a death sentence. But not any more. The World Health Organisation has just confirmed that Cuba has become the first country in the world to effectively eliminate mother-to-baby transmission of HIV. Notably, they also state that they have eliminated the transmission of syphilis.

Director general of the WHO, Margaret Chan, stated that the advancements made as a result of this breakthrough simply cannot be overstated, calling it, "one of the greatest public health achievements possible." She told the press, "this is a major victory in our long fight against HIV and sexually transmitted infections, and an important step towards having an AIDS-free generation. It shows that ending the AIDS epidemic is possible."

Ultimately, eliminating this form of transmission comes as a result of a series of procedures. First, there is better testing and treatment for expecting parents. Then, there are preventative measures, such as bottle-feeding and C-sections. Additionally, if both mother and child receive an antiretrovirals, then the chance of transmission drops to just 1%. Lastly, and this is of great importance, nearly all women have access to preventative care, treatment, and basic medical necessities.

This access to basic medical care is of staggering importance.

Some 1.4 million HIV-positive women become pregnant each year, while some 1 million women with syphilis become pregnant. We find that the highest risk of exposure, and the most infections, occur in Sub-saharan Africa, where reliable medical treatment is scarce. And without any intervention, the women have up to a 45% chance of passing HIV onto their children while they're in the womb. This is further complicated if the women must have a vaginal delivery and breastfeed. Yet, we see that we can protect people, we can save lives, if they just have the ability to receive proper care.

But even with this lack of access, things are getting better across the globe. In 2014, some 240,000 children were born with HIV. This number is distressing; however, it is nearly half the number born with the virus in 2009 amount. Thus, the main point remains: HIV rates are dropping worldwide.

But of course, the risk is still there, it is just absurdly minimal. The WHO counts a country as having "eliminated mother-to-baby transmissions" when the rate of children born with HIV or syphilis is so low that it "no longer constitutes a public health problem," which Cuba has done.

We do have some ways to go before the WHO is able to reach its global target of just 40,000 new child infections per year, but we are getting there.

"Cuba’s success demonstrates that universal access and universal health coverage are feasible and indeed are the key to success, even against challenges as daunting as HIV," said Carissa Etienne, director of the Pan American Health Organisation. "Cuba’s achievement today provides inspiration for other countries to advance towards elimination of mother-to-child transmission of HIV and syphilis."