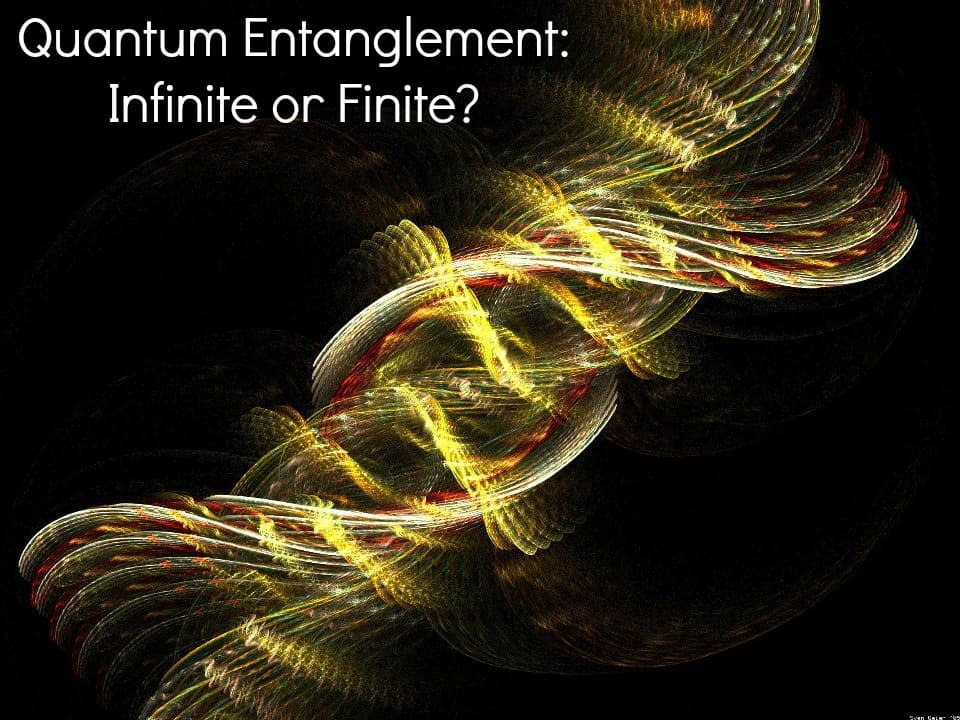 A team of Chinese physicists are making some serious progress in the field of quantum mechanics. Recently, this team has measured the speed of quantum entanglement – more affectionately known as “spooky action at a distance”, as Einstein called it.

To summarize quantum entanglement, two or more particles are entangled, which means they share the same wave form. The more technical definition is: “Quantum entanglement occurs when particles such as photons, electrons, molecules as large as buckyballs, and even small diamonds interact physically and then become separated; the type of interaction is such that each resulting member of a pair is properly described by the same quantum mechanical description (state), which is indefinite in terms of important factors such as position, momentum, spin, polarization, etc.”

When most people describe this interesting process, they’ll describe the information transfer as ‘instantaneous’ or ‘near-instantaneous’. Several research teams have attempted to measure the actual speed seen in the transfer of information in entangled systems, but have failed in one way or another, usually resulting from flawed methodology dealing in quantum nonlocality.

Of course, this violates relativity in the sense that nothing can travel faster than light. At the moment, relativity is clear because you can’t send useful data using quantum entanglement as of yet. Even then, a ton of work is being done in this field and a growing number of physicists believe we’ll achieve faster-than-light communication by cleverly using quantum entanglement to our advantage.

In order to get this measurement, the Chinese physicists entangled pairs of photons, then transmitted half of the pair to receiving units. These receiving units, named Alice and Bob, were positioned 15.3 km apart in an east-west orientation – the receivers were oriented in this fashion to minimize interference from Earth’s rotation, which is a significant factor at this scale. The team then observed the first half of the entangled pair and waited to see how quickly the other half assumed the same state. They repeated this process for over 12 hours to help ensure accuracy of their measurements.

So what were their results? The team came back and said that quantum entanglement transfers information at around 3-trillion meters per second – or four orders of magnitude faster than light. This is a lower speed limit, meaning as we collect more precise data, you can expect that number to get larger. At the moment, our technology and methodologies aren’t sensitive enough to measure speeds at this scale.