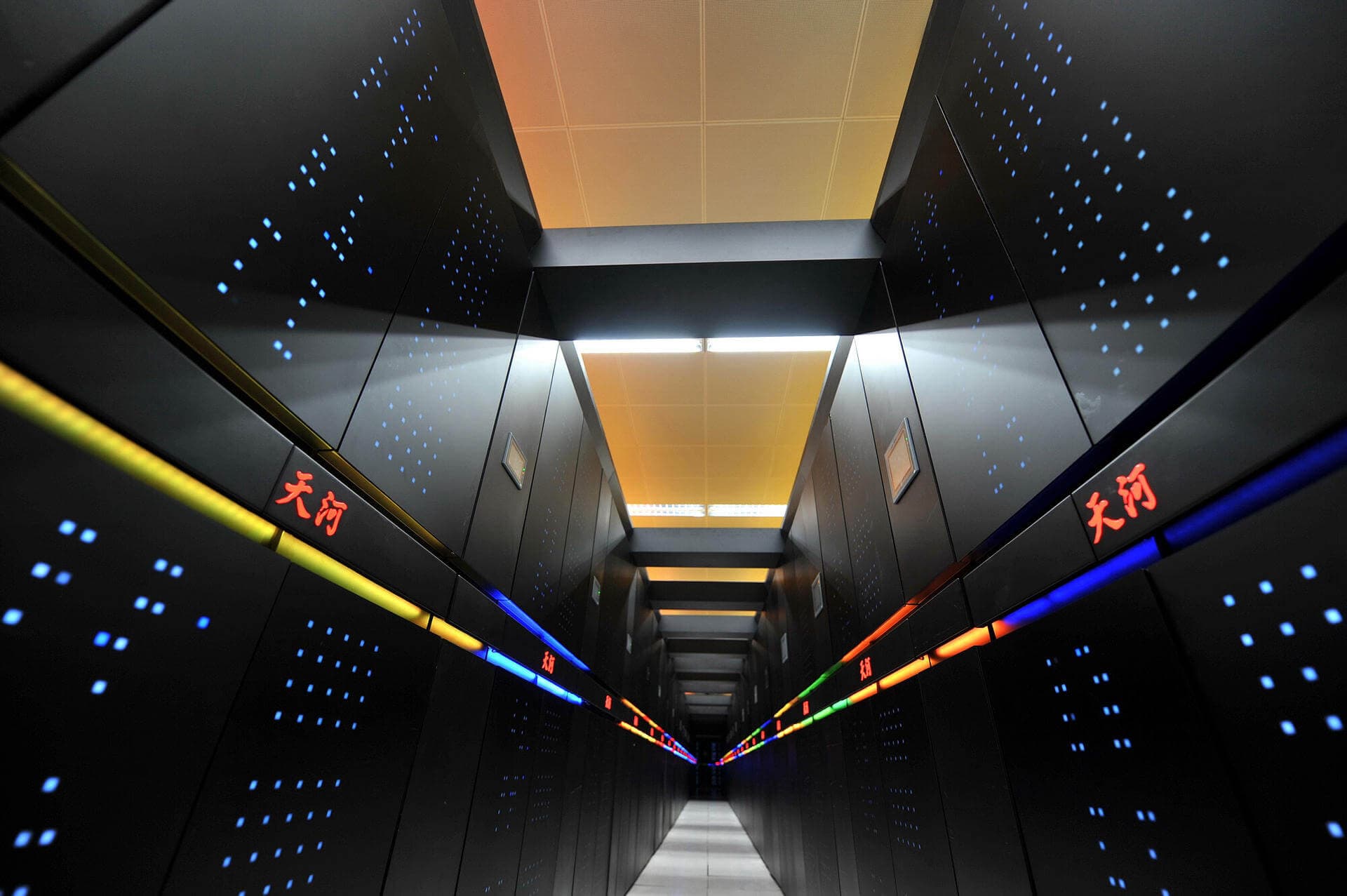 In July of this year, just 4 short months ago, scientists released the biannual ranking of the top 500 supercomputers in the world. Between now and then, based on the latest results, there has been a triple growth in the number of supercomputers across China.

For three consecutive years, China topped the global list with its Tianhe-2, which translates as Milky Way-2, a supercomputer at the National University of Defense Technology (NUDT). This computer can perform a staggering 33.86 quadrillion calculations in one second. Ultimately, this is almost twice the speed of the second supercomputer on the list—the US Energy Department's Titan.

What is revealing is that China now has 109 supercomputer systems, or three times the number it had in the July 2015 rankings, bolstering its world supercomputing presence. In comparison, the number of top-tier supercomputers in the U.S. dropped from 231 to 201 and represents the fewest U.S. systems on the list since the Top 500 rankings began over twenty years ago.

The trend in dropping systems is echoed in Europe, which had 141 super machines four months ago but now only has 107. Meanwhile, Japan’s numbers dropped by four machines. While this might be viewed as China's efforts to dominate the global supercomputing race with the most (and the most powerful) systems, many of its new machines are in the lower tier of the list.

Chinese system vendors are making a broad push for recognition in their homeland, long dominated by vendors such as IBM, Dell, HP, and others. For instance, Chinese vendor Sugon has now overtaken IBM on the Top 500. From July 2015 alone, Sugon went from five machines to a current total of 50.

The company’s five major systems that ran the Top 500 LINPACK benchmark for the list were all notable research and scientific centers in China. Sugon’s largest site, the National Supercomputing Centre in Shenzen with its 2.9 petaflop Nebulae machine is ranked #48 (a petaflop, or PFLOP, is one quadrillion floating-point operations per second). China's other machines take the #95, #236, #352, and #436 spots.

A closer look at Sugon's 50 reveals that most of its new entries are toward the bottom of the list with many clustered together and featuring similar architectures. Almost all of them are for telecommunications and internet, with a few dedicated for government. Though Sugon takes centerstage, other Chinese vendors are also performing well. An example is Inspur, the integrator of top system Tianhe-2, which had just one machine on the previous list but now boasts 15. Another Chinese company, Lenovo, is on a roll moving from just three systems on the last rankings to 25 on the current rankings. However, with new processors, interconnects, and large-scale system installations elsewhere in the world planned by the first quarter or first half of 2016, this might re-tip the new balance China has struck.

Read This Next
D'oh!
US Military Horrified by Chinese Military Spending Money on Exact Same Crap They Do
Brands We Love
Take a Deep Dive into AI with this $35 Training Bundle
Robo Cops
China Deploys Its First Robot Traffic Police
Human-like Learning
IBM's New AI Does Something Amazing: It Learns From "Memories"
Always Watching
China Is Installing “AI Guards” in Prison Cells
More on Artificial Intelligence
Ghost Eating a Ha...
Oct 2 on the byte
Google Creates AI That Turns Text Into 3D Objects
I Choose You!
Sep 27 on the byte
Awesome But Nightmarish AI Turns Any Person Into a Pokémon
AI Artistry
Sep 26 on the byte
AI Dreams Up What Your Fave Dead Celebs Would Look Like Today
READ MORE STORIES ABOUT / Artificial Intelligence
Keep up.
Subscribe to our daily newsletter to keep in touch with the subjects shaping our future.
+Social+Newsletter
TopicsAbout UsContact Us
Copyright ©, Camden Media Inc All Rights Reserved. See our User Agreement, Privacy Policy and Data Use Policy. The material on this site may not be reproduced, distributed, transmitted, cached or otherwise used, except with prior written permission of Futurism. Articles may contain affiliate links which enable us to share in the revenue of any purchases made.
Fonts by Typekit and Monotype.